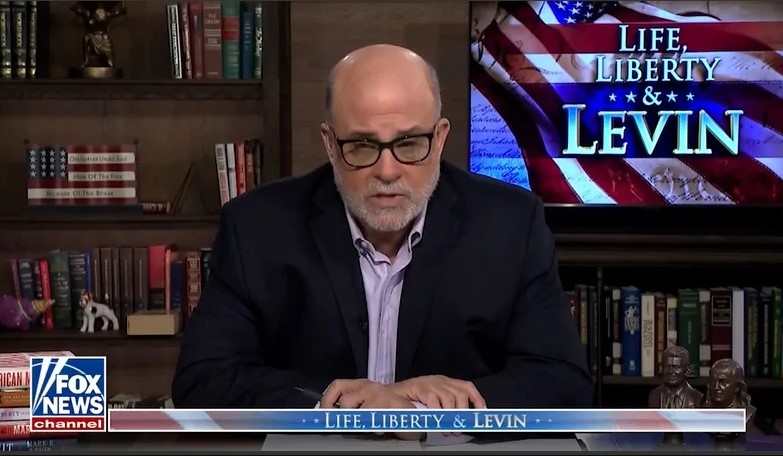 Joe Biden has the worst economy in decades.  According to Mark Levin at FOX News, Biden’s actions to destroy the economy are from the Marxist playbook.

The Biden Economy is a total disaster.  Last week inflation was reported at the highest level in more than 40 years and many believe it is actually higher.

In response to the horrible economy, Biden won’t drill for more gas and reduce costs there for Americans.  Biden doesn’t want America to be energy independent.   Biden is ok with buying oil from overseas when the US has the largest reserves in the world.  Instead, Biden wants to hurt the average American more by increasing interest rates.

Mark Levin knows that Biden is doing.  Biden is following the Marxist handbook on how to destroy capitalism.  FOX News reported on Levin’s comments last night on his show on the FOX News channel.

President Biden is solely responsible for “sabotaging” the U.S. economy and energy industry, “Life, Liberty & Levin” host Mark Levin said on his show Sunday, urging viewers to see past the White House’s penchant for finger-pointing and assign blame where it is warranted.

“Joe Biden and the Democrat Party are, in fact, responsible for sabotaging our economy and sabotaging our energy industry. It has nothing to do with foreign forces and foreign powers or boogeymen. It has something to do with actual policies that have been in the process now for decades,” the host said in his opening monologue Sunday night.

Levin said the policies Democrats “put under the nomenclature of climate change or the Green New Deal” were originally introduced in the 1970s at a conference in Europe where academics, professors, Marxist activists and left-wing politicians came up with climate control as a system through which they would push their economic agenda.

“Marx hated the industrial society, and he was relatively shocked when he saw, particularly in the latter parts of his life, that in the United States, as our industries grew, as our capitalist system expanded economic activity and prosperity, that rather than the proletariat, the workers rising up and overthrowing the bourgeoisie, the owners and the managers, quite the opposite occurred,” Levin explained.

“The lifestyle for most people went up,” Levin said. “We created this vast middle class, which is the heart and soul of America and the American system. It’s the opposite of what Marx intended. And the leftists have been fighting this ever since for the last 100 years, and now it’s come to a head.”

Levin said the Biden administration boasts the “most radical appointees” ever appointed as department heads in the history of the country.

See the video below: