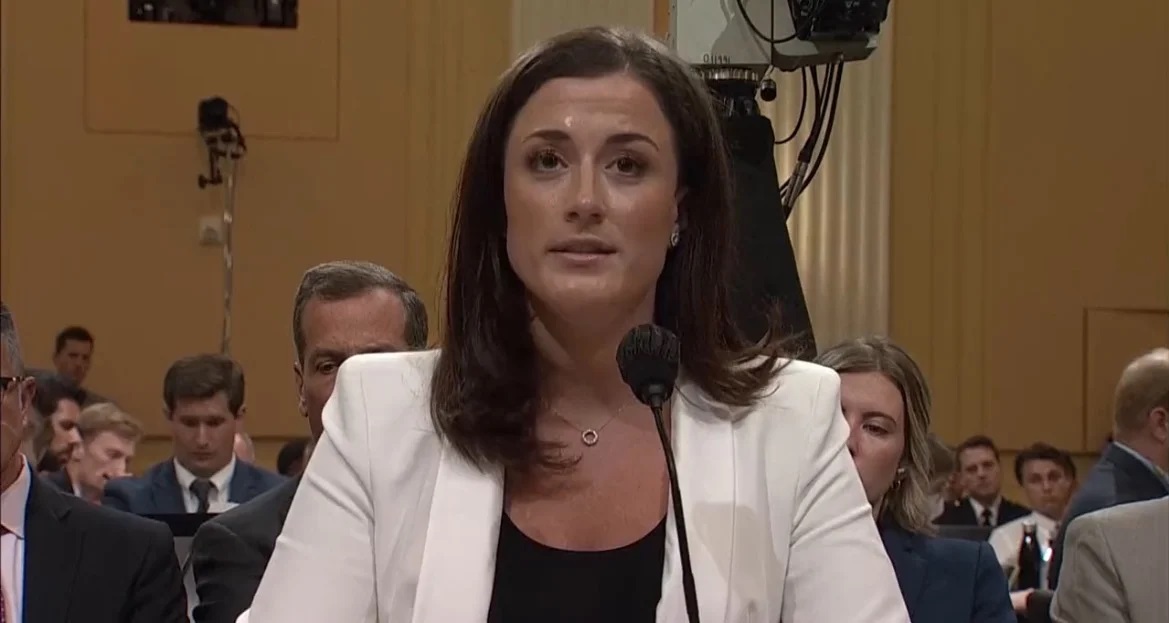 The January 6 Committee on Tuesday trotted out a grifter no one has ever heard of to breathe life into the Maoist show trials.

Cassidy Hutchinson, who served as a senior aide to former White House chief of staff Mark Meadows testified against Trump.

Ms. Hutchinson on Tuesday testified that Trump was aware January 6 rally attendees had weapons and were wearing body armor.

She also claimed that Trump lunged at a Secret Service Agent as he shouted demands.

Hutchinson said Trump got into “the beast” after his speech at the Ellipse on January 6 with the belief that he would be driven to the Capitol.

According to Ornato, Trump shouted, “I’m the f*cking president! Take me up to the Capitol now!”

It’s important to note that Cassidy Hutchinson was so shocked, disgusted and appalled by President Trump and the January 6 Capitol protest that she was planning to go work for Trump at his Mar-a-Lago residence AFTER January 6, 2021.

Cassidy Hutchinson is using Tuesday’s show trials to audition for a spot on CNN or MSNBC.

Watch: Democrats-Turned-Republicans Reveal Reasons for Party Switch: ‘They Stopped Listening to the People’