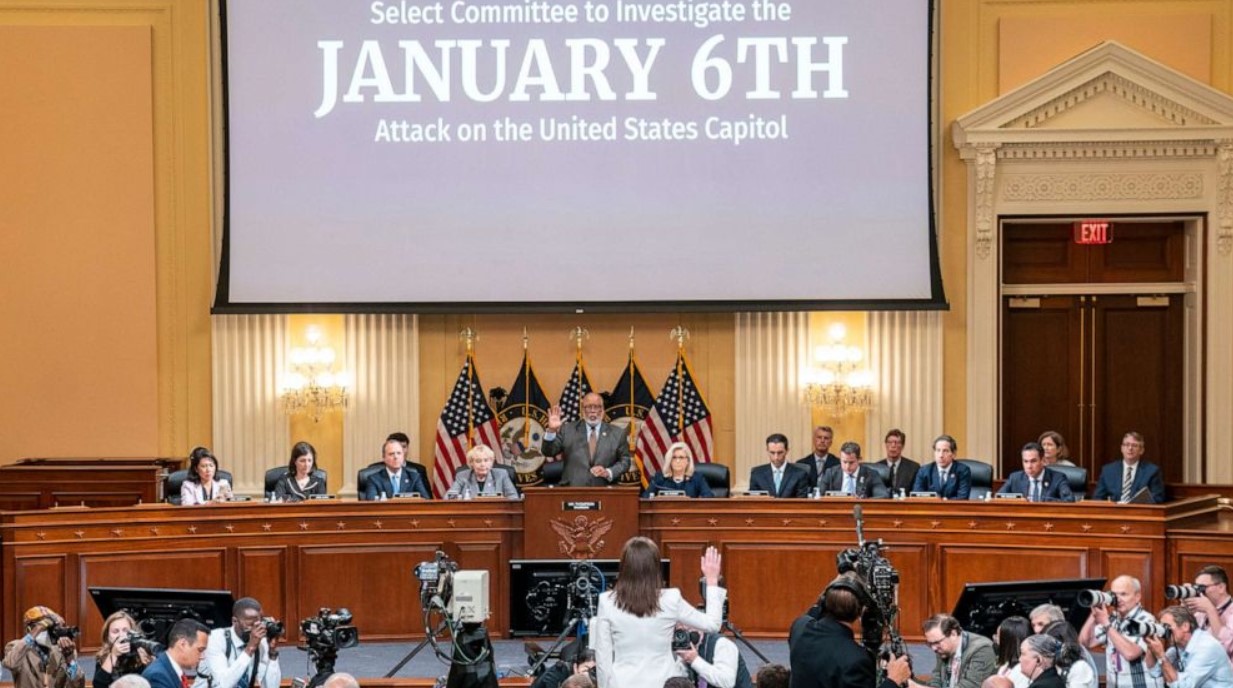 The sham January 6 Committee on Tuesday announced its next hearing will take place on July 12 at 10 am.

The panel has been holding a series of public hearings since last month related to its year-long inquiry into the events before, during and after the Jan. 6, 2021, attack at the Capitol by a pro-Trump mob.

The Committee made the announcement after its ‘surprise’ witness Cassidy Hutchinson falsely testified Trump lunged at a Secret Service Agent.

Cassidy ‘Smollett’ Hutchinson said Trump got into “the beast” after his speech at the Ellipse on January 6 with the belief that he would be driven to the Capitol.

According to Ornato, Trump shouted, “I’m the f*cking president! Take me up to the Capitol now!”

Hutchinson alleged that at this point Trump reached up to the driver, grabbed the steering wheel and tried to commandeer the presidential limo.

The Secret Service’s chief of communications, Anthony Guglielmi, told Politico that the January 6 Committee did not reach out to the agency in the 10 days before Cassidy Hutchinson’s testimony on Trump’s behavior in the presidential vehicle.

Despite Liz Cheney likely suborning perjury after trotting out Cassidy Hutchinson, the J6 Committee has announced another hearing in an effort to build a criminal case against Trump.

Stunning Amount of Oil Released By Biden Found Its Way to China, Other Countries