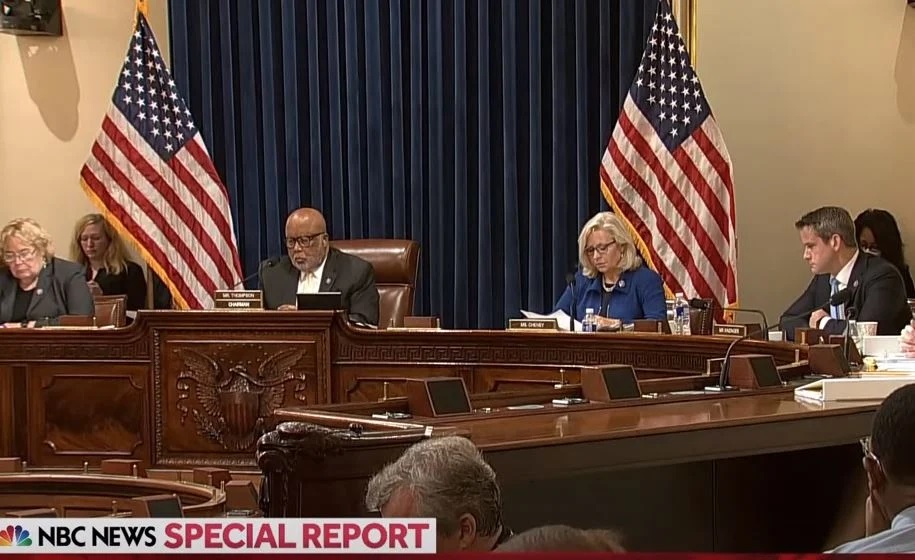 The sham Jan 6 Committee put in place to justify the stolen 2020 Election was derailed moments ago as its star witness backed out.  The Committee is regrouping.

What a sham this committee is in every way. Biased, dishonest, angry, and resentful at Americans who dared point out fraud and irregularities and question the stolen 2020 Election.

This group of criminals who believe they own the US are wrong and that makes them angrier.  This morning they brought in former AG Bill Barr.  Barr, proclaimed as a savior when he first arrived for ending the Mueller coup, finally showed his true colors on November 3rd as he allowed massive fraud across the country to occur and eventually steal the 2020 Election for senile Joe Biden, the man with no base.

Now as their sham which no one believes or is watching, the Jan 6 committee lost their key witness.

The Hill goes on to say:

Former Trump campaign manager Bill Stepien will no longer appear before the House Jan. 6 committee Monday, removing a key witness as the panel seeks to show how the Trump campaign forwarded baseless claims of election fraud.

“Due to a family emergency, Mr. William Stepien is unable to testify before the Select Committee this morning. His counsel will appear and make a statement on the record,” the committee said in a statement Monday morning less than an hour before the hearing was set to begin.

Stepien’s wife is in labor, which is why he is unable to appear, a source familiar with the situation told The Hill. Stepien’s attorney will make a statement in his place.