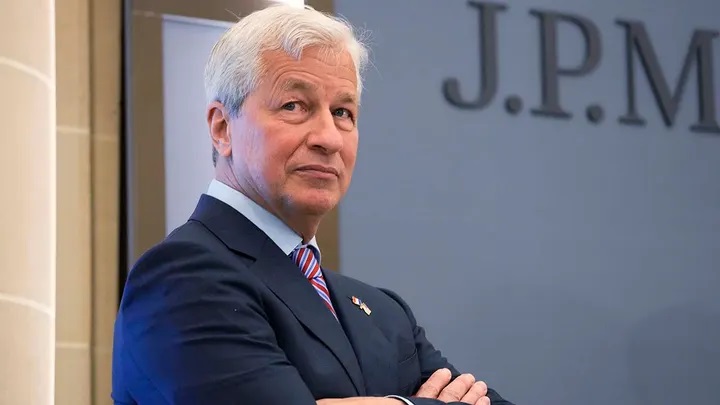 Dimon – who said at the beginning of May there were storm clouds forming on the economic horizon – ratcheted up his warning on Wednesday, citing fresh challenges facing the Fed as it seeks to tame the hottest inflation in a generation.

“I said there were storm clouds. But I’m going to change it. It’s a hurricane,” he said during a conference hosted by AllianceBernstein Holdings. “Right now it’s kind of sunny, things are doing fine, everyone thinks the Fed can handle it. That hurricane is right out there down the road coming our way. We don’t know if it’s a minor one or Superstorm Sandy. You better brace yourself.”

There are two main issues that Dimon said are worrying him: The Federal Reserve moving to unwind its $8.9 trillion balance sheet, deploying a less-known tool known as quantitative tightening that will further tighten credit for U.S. households as officials try to tame red-hot inflation.

The rundown of the Fed’s portfolio is poised to begin on Wednesday at an initial combined monthly pace of $47.5 billion. The Fed will increase the runoff rate to $95 billion by September, putting the central bank on track to reduce its balance sheet by about $3 trillion over the next three years.

“We’ve never had QT like this, so you’re looking at something you could be writing history books on for 50 years,” Dimon said.

The second matter weighing on Dimon is the Russian-Ukraine war and its effect on the price of commodities like food and oil. The bank CEO said that oil could hit $150 or $175 a barrel as a result of the conflict, which began in late February. Brent crude, the benchmark, is currently selling for $116 a barrel.

“Wars go bad. They go south. They have unintended consequences,” he said.

Dimon’s comment comes amid growing fears on Wall Street that the Fed may drag the economy into a recession as it seeks to tame inflation, which climbed by 8.3% in April, near a 40-year high. Bank of America, as well as Fannie Mae and Deutsche Bank, are among the Wall Street firms forecasting a downturn in the next two years, along with former Fed Chairman Ben Bernanke.

Policymakers raised the benchmark interest rate by 50 basis points earlier this month for the first time in two decades and have signaled that more, similarly sized rate hikes are on the table at coming meetings as they rush to catch up with inflation.

Fed Chairman Jerome Powell has acknowledged there could be some “pain associated” with reducing inflation and curbing demand but pushed back against the notion of an impending recession, identifying the labor market and strong consumer spending as bright spots in the economy. Still, he has warned that a soft landing is not assured.

“It’s going to be a challenging task, and it’s been made more challenging in the last couple of months because of global events,” Powell said Wednesday during a Wall Street Journal live event, referring to the Ukraine war and COVID lockdowns in China.

But he added that “there are a number of plausible paths to having a soft or soft-ish landing. Our job isn’t to handicap the odds, it’s to try to achieve that.