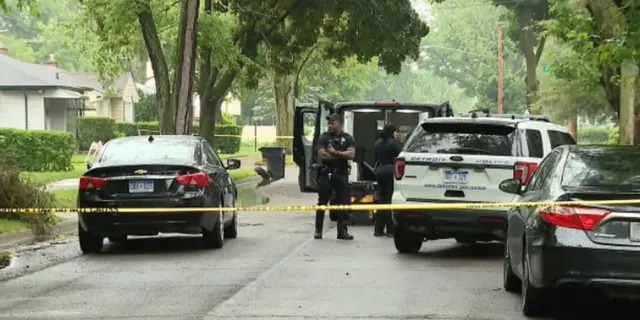 A homeowner in Detroit shot and killed an armed man on Tuesday morning during a potential home invasion.

“I had to do what I had to do to save my life,” Maiso Jackson, a gun owner of eight years, told WJBK-TV. Jackson has lived in his home for 20 years.

Jackson woke up at around 4:30 a.m. when he heard someone yelling and banging on the front door. Parts of the ordeal were captured on Jackson’s Ring doorbell camera.

“[He was] talking about how someone owed him money. I said, ‘no one here owes you money,’” Jackson told the station. “‘I don’t know what you’re talking about.’”

After trying to reason with the intruder, Jackson called 911. But things escalated quickly before the police arrived.

The intruder made his way to a nearby window and broke it while armed with a pistol. Fearing for his safety, the homeowner walked out of his home and repeated his demands that the armed intruder leave.

But just as Jackson repeated his requests, the man reached for his gun.

Jackson then fired four shots toward the intruder and struck him in the chest.

“I had to defend myself,” Jackson said.

“It was me or him at that point. I didn’t want to hurt nobody, but he just wouldn’t quit.”

Jackson cooperated with law enforcement officials when they arrived. Police handcuffed the homeowner and took him to a police station for questioning.

Authorities later released Jackson without pressing any charges. However, Jackson still faces the possibility of being charged until his case is reviewed by the prosecutor’s office.

The legal gun owner is hopeful that the law will side with him on the case.

“I was just in shock. He wouldn’t leave. He tried to kill me and I didn’t do nothing to the guy,” Jackson said. “That’s the part that’s kind of sad.”

“You can’t help but defend yourself — you have no choice but to,” Jackson said.

Jackson hopes his case will serve as a lesson for others.

“You can’t help but defend yourself — you have no choice but to,” Jackson said.

Jackson hopes his case will serve as a lesson for others.

Who Is Paying For Twitter Bots To Spam Everyone With The Same Stupid Pro-Biden Spin?