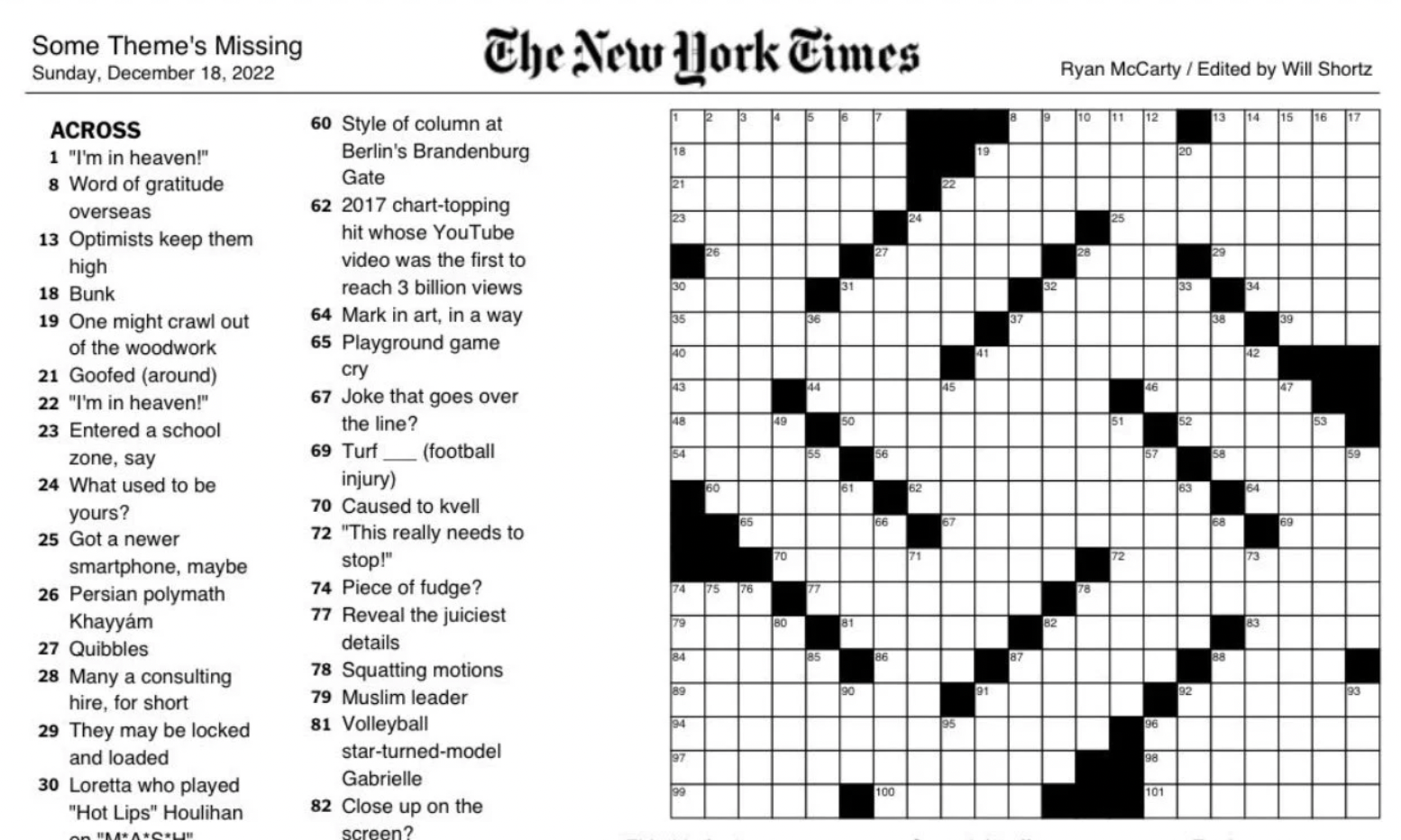 The far-left New York Times, known for spreading fake information like the Trump-Russia collusion hoax and the Covid vaccine myth that the shots can stop transmission, was criticized after its Sunday crossword puzzle resembled a Nazi swastika.

The Sunday crossword puzzle in The New York Times drew widespread criticism after many people, including Donald Trump Jr., noticed the uncanny resemblance to a Nazi symbol, which was published on the first day of Hanukkah.

“Disgusting! Only the New York Times would get Chanukah going with this is the crossword puzzle,” wrote Trump Jr.

“Imagine what they would do to someone who did this and was not ideologically aligned with them? I’ll give them the same benefit of the doubt they would give those people… EXACTLY ZERO,” he continued.

Hanukkah (or Chanukah) is the eight-day Jewish celebration that commemorates, in particular, the rededication of the Second Temple of Jerusalem by the lighting of candles on each day of the festival.

Ryan McCarty, a principal consulting manager from Washington, D.C., who has made 22 other puzzles for the publication, came up with the concept for Sunday’s puzzle titled “Some Theme’s Missing,” and it was edited by Will Shortz.

“Ryan McCarty of Washington, D.C., is a principal consulting manager at a company specializing in data analytics for clients in the federal government. He is also a baritone in several vocal ensembles. Weekend solvers will be very familiar with his name, even though this puzzle is Ryan’s Sunday debut. This is his 23rd Times puzzle, and nearly every one has been a Saturday themeless construction,” according to NYT.

“One day after its editorial board published an OP-ED attacking Israel, this was today’s [New York Times] crossword puzzle,” wrote Israel National News, the largest news conglomerate in the Jewish world.

On Thursday, NYT’s Thomas Friedman wrote an opinion piece calling Israel “a cauldron of instability and a source of anxiety for the U.S. government.”

The Gateway Pundit has reached out to New York Times for comment.

The puzzle’s silhouette has caused a stir on social media, with several prominent Jewish leaders and political figures taking to social media to voice their outrage – especially since it was published on the first night of Hanukkah.

Some contend the pattern – which is striking and jumps off the page even at a glance – is a coincidence, while others claimed it serves as one of the latest and most brazen examples of the paper’s supposed history of anti-Israel rhetoric.

The son of the former president, like many others, cited the publication’s track record of siding against the predominantly Jewish nation of Israel in its long running conflict with neighboring Palestine.

Some pointed to an example seen in its issue just the day before – an OP-ED piece by the paper’s editorial board that was critical against the new Israeli government.

Other figures to air similar backlash included two prominent New York politicians and several Jewish groups and leaders – as well as several citizen’s who were confounded not by the puzzle’s difficulty, but by the message its layout seemed to be sending.

EPIC! Kari Lake Shows the ‘Bastards’ in the Media What They Can Do With Their Lies and Smears of Donald Trump (VIDEO)