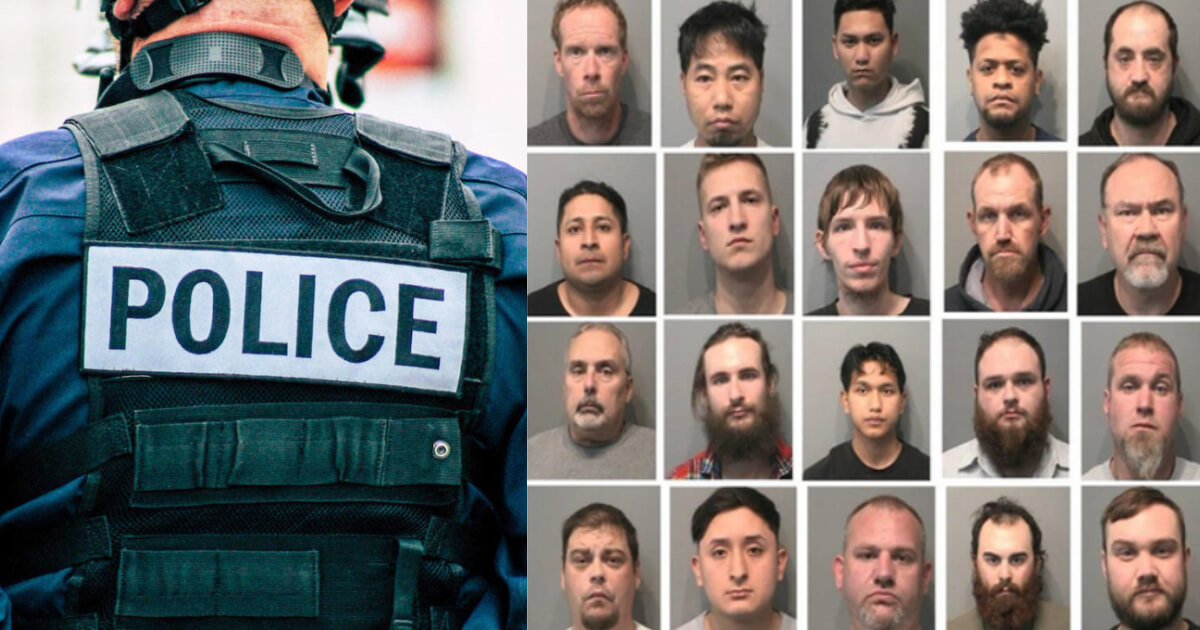 In May, the county Sheriff’s department arrested 11 such individuals. Suprisingly, six months later, the same sting operation netted almost twice as many as May’s sting. Johnson County Sheriff Duane Burgess announced 20 suspects were arrested in a two-day operation, between Tuesday and Thursday.

Sheriff Burgess said his department coordinated with the prosecutor’s office to ensure they conducted their operations in a lawful manner. He said they dealt with many different types of people during the sting.

“The conversations that are had prior to the suspects arriving at the target location are very troubling,” Sheriff Burgess stated. “The requests that are made to the Investigators posing as underage children are also very troubling and disturbing.”

He said many suspects brought different items to the meetings, that ranged from alcoholic beverages and illegal drugs, to firearms.

Burgess said police will never know the true impact their operation has on local children’s safety.

“Knowingly meeting with a minor and wanting to take that minor away from their home travel miles away scares all of us,” he explained. “Will we ever truly know what the suspect’s true intentions were?”

There are people who prey on our children every day, the sheriff said, adding parents must be vigilant in knowing who is communicating with their children.

According to a Sheriff’s statement, the following individuals were scooped up by the sting:

Mark Alan Adams, 59, of Cross Plains; child solicitation, contributing to the delinquency of a minor and making an unlawful proposition. Bonded out of jail.

Jeffery Dylan Alford, 26, of Greenwood; child solicitation, possession of marijuana and possession of paraphernalia. Bonded out of jail.

Philip Michael Buhrke, 26, of Indianapolis; child solicitation, dissemination of harmful material to a minor. Bonded out of jail.

Jonathan Tyler Evans, 36, of Pisgah, Ala.; child solicitation and posession of methamphetamine with intent to deliver, possession of marijuana and possession of paraphernalia. Remains at jail.

Calvin Michael Farris, 37, of Richland, Wash.; child solicitation, dissemination of harmful material to a minor. Bonded out of jail.

Jonathan D. Morales, 31, of Indianapolis; child solicitation, driving while suspended with a prior conviction. Bonded out of jail.

Top Official Delivers Warning About US military’s Lack of Preparedness: ‘Big One is Coming’