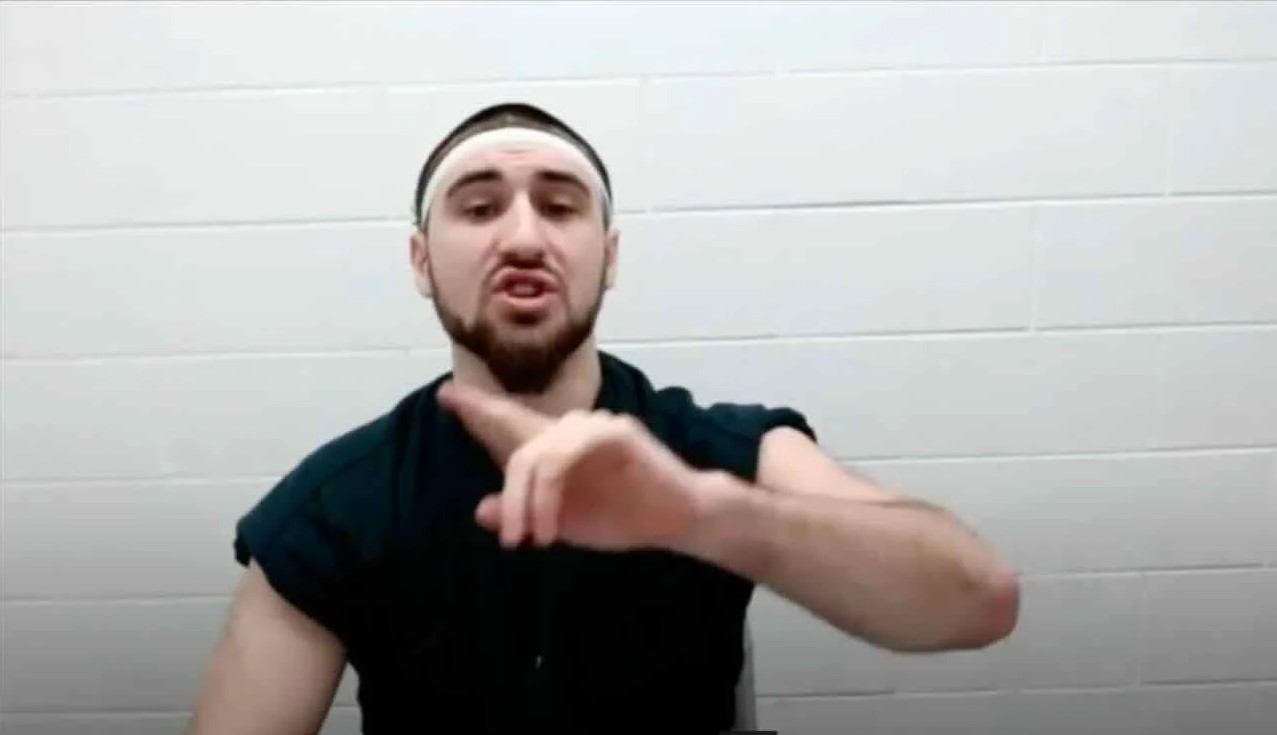 In an incredibly rare clip showing a January 6th political prisoner from inside jail, Jake Lang spoke via video about January 6th and his experience in solitary confident for the past 17 months.

See Jane Lang for the first time in 17 months here:

Please help political prisoner Jake Lang get out the truth about J6 here.

Lang was able to make this rare video and released it to The Gateway Pundit. It is only the second time we visually see a J6 political prisoner since their capture by the FBI and unconstitutional detainment by the DOJ. (We released the first secretly recorded videos of J6 Political Prisoner Brandon Fellows from jail this past May.)

Attorneys and advocates for prisoners have been battling for close to a year a half for haircuts and shaves for the J6 defendants. DC Jail and the other facilities finally granted the J6 prisoners access to these basic human necessities that they had been denied until only recently. When we spoke to Lang, he seemed thrilled to actually be shaven and clean cut after spending the past year and a half literally covered in hair.

In this new video, the 27-year-old and now seasoned prisoner Lang looks hardened but determined to get his message across to the world regarding his “Truth About January 6th” documentary.

We at The Gateway Pundit are honored to have worked with Lang and been a part in the production and promotion of the groundbreaking documentary “The Truth About January 6th”. It has garnered over one million views between the original video we promoted on our site and the countless other views it has received by sites that have pulled the video and put it up on other channels like Bitchute.

We at The Gateway Pundit will continue to investigate and tell the stories of the J6 Political Prisoners and the REAL stories of the four Trump Supporters who were killed that day. We will continue to investigate the alleged FBI and Antifa infiltration on January 6th, the government cover-ups, and the alleged outright framing and entrapment of American Citizens by the Department of Injustice and the “McCarthy-like” January 6th Unselect Committee.

** See the documentary here and please continue to share it everywhere:

“It is so important that we continue to support the production of grassroots documentaries and videos like these to get out the truth about January 6th- one the biggest attacks on the American people by their own government in recent history,” said Tina Ryan of Citizens Against Political Persecution. “Please support the courageous Jake Lang, who awaits trail in solitary confinement. He is going up against an incredibly powerful and evil regime by speaking out and creating documentaries and videos. It is truly a battle comparable to David vs Goliath.”

Lang awaits trial from Alexandria Detention Center in Virginia in solitary confinement. He is not expected to go to trial until 2023, which means that Lang will spend 2.5 – 3 years in unconstitutional pre-trial detainment.

As he awaits trial, Lang has turned to Jesus Christ and God to get his through his unique trials and tribulations. We have regular contact with Lang and he continues to inspire and amaze us with his positive attitude. His evolution has been amazing to bear witness.

“Lang has found God in the depths of solitary confinement as a prisoner of the Biden Regime. When this kid gets out, he will be a force to be reckoned with,” said J6 Advocate and Newsmax host John Tabacco. “They can’t break this kid. One day he will come out stronger and do great things in this world.”

Please help Jake Lang get out the truth by donating to his GiveSendGo, where every dollar goes to making videos like “The Truth About January 6th” and sharing them with the world.

“America- freedom isn’t free. This is what defending your Constitution looks like under Joe Biden’s radical Regime. I’m Jake Lang- January 6th Political Prisoner. I have been locked in solitary confinement for over 540 days.

Twenty-two hours a day I stare at white-washed walls like these wondering “What happened? What happened on January 6th?”

I’m here to show you what happened on January 6th. At J6Truth you can watch our groundbreaking documentary.It is going to change hearts and change your mind about January 6th” It is from the perspective of the Political Prisoner. It is from the perspective of the protester. Never before seen footage that actually shows you were ambushed that day- we were assaulted boy the Capitol Police and even some of us murdered on the steps of our own Capitol.This Memorial Day we cherish the brave Patriots who heroically fought and died for this country in the past- but there is a new generation of American heroes. They are called the January 6’ers. Go to J6 Truth.org right now and watch the video and support us. Share the video with as many people as you possibly can. Get involved and stand up for those who stood up for your rights. May God Bless you and uplift you and keep America strong.”

Twitter Strikes Back After Elon Musk Walks Away From Deal