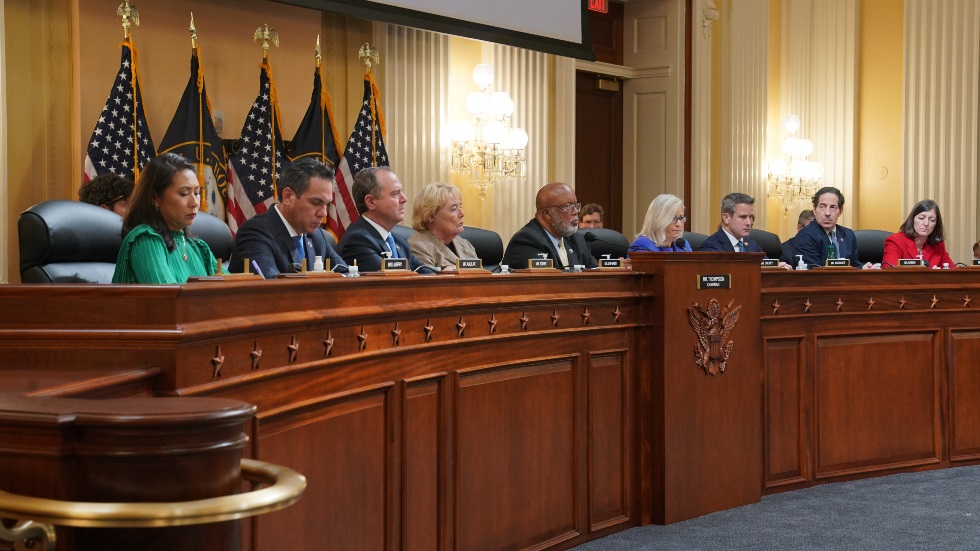 For some in politically volatile Washoe County, Nevada, the committee has hardened partisan views, spawned more conspiracies or deepened fealty toward Trump.

RENO, Nev. — Republican voters in Nevada were aware Tuesday that the Jan. 6 committee was building a public case that Donald Trump knew the election wasn’t stolen.

They saw some of the committee’s new video footage of violence at the Capitol on Jan. 6.

“It has everybody angry,” said a third.

It wasn’t the noose hanging outside the Capitol that upset them, the chants of “hang Mike Pence” or the testimony of the president’s former attorney general.

Instead, it was “Washington politicians” and “the media establishment,” several voters interviewed said, who they saw as trying to stack the deck against the former president.

“It might as well be impeachment No. 3 for Donald Trump,” said Judy Cameron, a Reno retiree who had just voted in Nevada’s Republican primaries on Tuesday with her husband. “This is their big push to get Donald Trump off the ballot.”

NBC News talked to more than two dozen voters in both Washoe and Clark counties — the two most populous in Nevada — and found that the Jan. 6 committee hearings that captivated Washington not only failed to persuade these voters but pushed them in the opposite direction.

Among this sampling of Republicans, including in Washoe, the swingiest county in one of the nation’s swingiest states, it has hardened partisan views, spawned more conspiracies or deepened fealty toward Trump.

Though a limited snapshot, the unpersuaded voters underscore the near impossibility that the committee — no matter how stunning the new evidence they unearthed appeared to be — will be able to persuade a segment of voters who remain unmoved.

Fox News — a major driver of public opinion on the right — refused to carry the first prime-time hearing (it has since reversed course). Still, prime-time hosts like Laura Ingraham have chosen to forgo replaying the new violent scenes, and, after the first hearing, spent much of the hour afterward mocking Rep. Liz Cheney, R-Wyo., the top Republican on the committee, and her voice.

The committee’s members have acknowledged they’re unlikely to move many Trump loyalists, and instead have set lower goals, like trying to convince enough moderates to sign on to overhauling the Electoral Count Act to remove loopholes. Their loftier goals — like convincing the Department of Justice to indict Trump — don’t require voter support.

And Trump voters say they see through the effort as purely political.

On Nevada’s primary election day, as voters hurried in and out of their polling spots, wearing stars-and-stripes socks pulled up to their knees or collecting into small groups to grouse that developing countries had superior election integrity, Republicans were light-years away from granting credibility to the Jan. 6 committee.

WATCH: Thief Catches on Fire While Attempting to Steal Gas from Truck in Utah