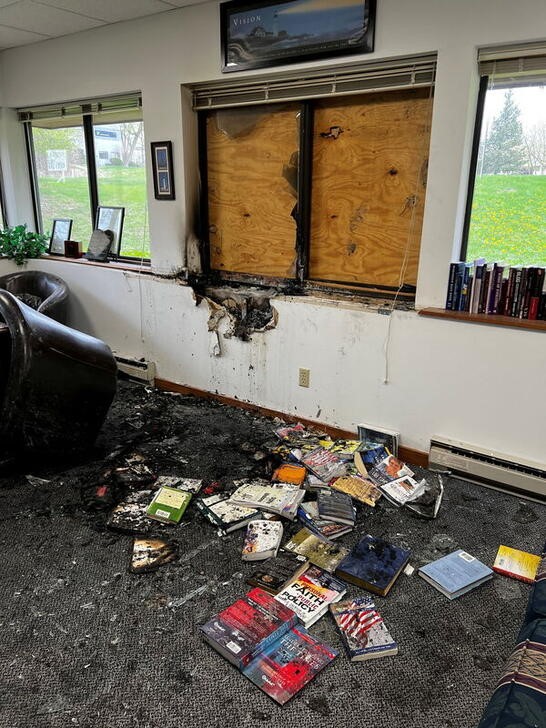 The office of a Wisconsin anti-abortion group was attacked over the weekend; the office was hit with a Molotov cocktail and vandalized with graffiti. The message painted on the wall: “If abortions aren’t safe, then you aren’t either.”

According to Fox News, “Local reporters from outlets including WISC-TV, the Wisconsin State Journal and Milwaukee Journal Sentinel said they visited the office for Wisconsin Family Action on Sunday and shared photos and videos of the apparent arson attack. A shattered window had since been boarded up, and images showed fire damaged furniture and burned books littering the floor of the office.”

In recent days, Wisconsin Family Action has condemned the leak of a Supreme Court draft opinion that, if published, would overturn Roe v. Wade.

The pro-life non-profit has published press releases in the past week criticizing Wisconsin Gov. Tony Evers, President Biden and other Democrats, arguing in one May 6 statement, “While refusing to properly define a woman, they fail to recognize that murder is objectively evil and that the right to life is the only right that exists in this case.”

The Madison Police Department confirmed it is investigating the Sunday morning fire at an office building in the 2800 block of International Lane as arson.

The White House released an official statement condemning the attack on Monday morning.

“President Biden strongly condemns this attack and political violence of any stripe. The President has made clear throughout his time in public life that Americans have the fundamental right to express themselves under the Constitution, whatever their point of view. But that expression must be peaceful and free of violence, vandalism, or attempts to intimidate,” the White House said in a statement.