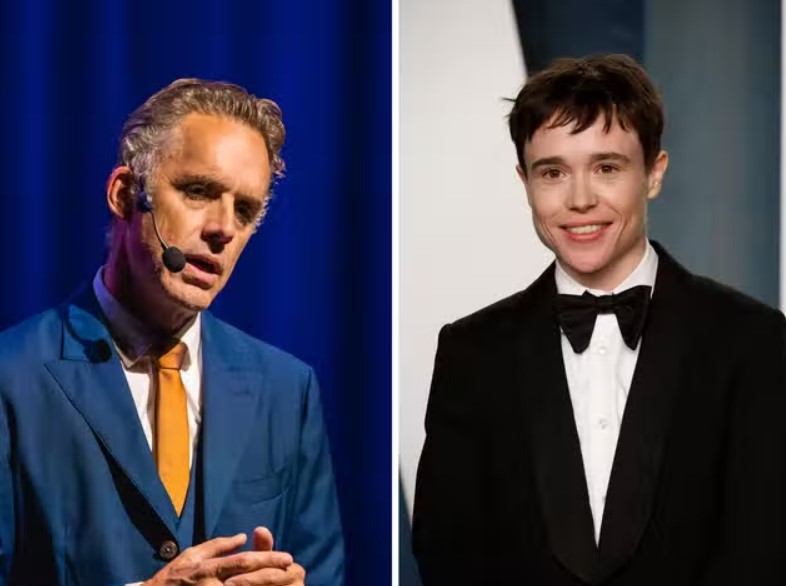 Renowned Canadian psychologist Jordan Peterson says he won’t abide by Twitter’s “absurd rules” after being temporarily suspended from the social media platform and required to delete a tweet to restore his account.

“I penned an irritated tweet in response to one of the latest happenings on the increasingly heated culture-war front,” Peterson said in a video released on July 1, in which he criticized “woke moralists” and challenged the logic of the punitive measure he was subjected to.

In his tweet—shared as screenshots by his daughter—Peterson responded to a New York Post article on actor Elliot Page’s transgender character in the Netflix series “Umbrella Academy.”

Peterson wrote “Remember when pride was a sin?” and referred to the actor as Ellen Page—the name the actor was known for before gender transition—and said a “criminal physician” had removed Page’s breasts.

On June 28, Twitter said that the University of Toronto professor emeritus had violated its rules against “hateful conduct,” and suspended his account.

In the suspension notice shared by Peterson in the video, Twitter said that users may not “promote violence against, threaten, or harass other people” based on their gender identities, and Peterson was given the option of deleting the tweet.

“I would rather die than do that,” Peterson said, adding that the offending tweet didn’t fit in the category of having promoted violence or threatened others.

Peterson added that even if his tweet could be regarded as harassing others, he said Twitter didn’t specify what he had actually done wrong, and he was left to speculate on the possibilities.

This is a “big problem,” he said, in that “such things matter when the accusations start flying.”

“So what did I say that might constitute harassment?” he asked.

Exploring the possible reasons for his suspension in his video, Peterson analyzed the tweet in detail and defended his writing of “Remember when pride was a sin?” as “merely a factual statement.”

“Under the old rules, applicable even a decade ago, pride was a sin, and had been recognized as perhaps the cardinal sin for thousands of years previously,” he said.

In recent years, the word “Pride” has been associated with the LGBTQ community and others who spoke out about their sexual orientation. Governments around the world have endorsed the usage through celebrations like “Pride month.”

“I don’t see that sexual orientation or sexual desire of any sort, is something to celebrate or to take pride in,” Peterson said. “And so what I said was merely a fact.”

Peterson said that the probable cause for his suspension was that he referred to Elliot Page by the actor’s birth name, Ellen.

However, by “correctly” referencing the actor—either as “him,” “they,” or “Elliot,” instead of “Ellen,”—Peterson said it would have made it impossible for him to articulate the actor’s mastectomy.

“He was definitely Ellen, at some point in the past,” Peterson said. “When precisely was it incumbent on me to switch my terminology in regard to Elliot-slash-Ellen, so that I was not engaging in ‘hateful conduct’?”

“And so it was impossible to communicate what had happened to my audience without apparently running afoul of the impossible and absurd rules that now hypothetically govern morality itself, in the days of the degenerated, postmodern, and Marxist ethos that we must still—no matter how impossible it is—abide by, or else.”