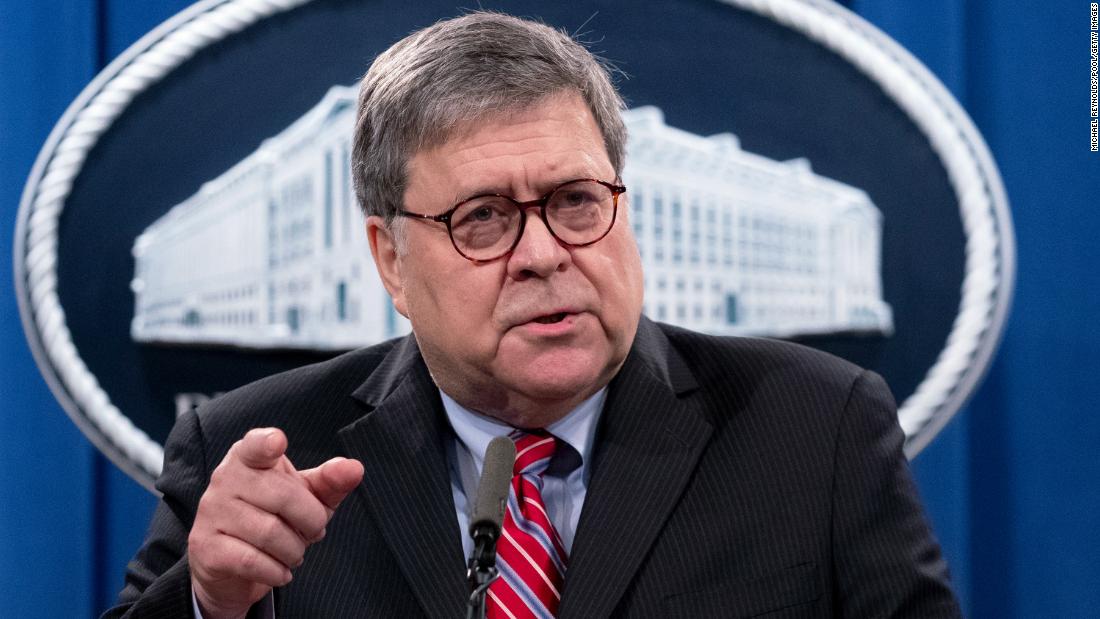 Former Attorney General Bill Barr didn’t want accountability at the DOJ and the FBI.  He proved this by his actions for two years by not addressing the massive corruption in these institutions.

By not addressing the corruption, the DOJ and FBI have only gotten worse.

Bill Barr now says he was hoping that there’d be accountability at the FBI.  This guy had two years to address the massive corruption at the FBI and DOJ but he didn’t.  Now we have a DOJ and FBI that arrest innocent protesters from Jan 6, throw them in jail for nearly two years without court dates, place crimes on them that are way overstated, and force them into plea deals by placing them in isolation and beating them up in the DC gulag.

In an interview with Byron York, former AG Barr made the following shocking statements.

BARR:  “I was hoping that there’d be accountability at the FBI.” [But now, after Durham’s losses in two court cases, Barr does not see accountability ever coming for the bureau in the Russiagate matter.]…

YORK: You talked about these acts taken by people at the highest level of the FBI, which really did create, certainly in Trump supporters, a lot of distrust of the FBI, hostility toward the FBI. Do you think there has been any accountability for that?

YORK: Do you think there will be any accountability?

BARR: Accountability in the sense of criminal or civil penalties? No.

A coup was operated against the President of the United States and was led by corrupt actors at the DOJ and FBI and Barr ran the place for much of the time.

A couple of weeks ago Barr claimed that the DOJ did a good job prosecuting one of the lower-level operators behind the Steele dossier.  The Russian operator, Igor Danchenko, one of the only Russians in the Russian sham engineered by the Hillary Clinton campaign and Obama’s Deep State government operators, was found not guilty of any crimes related to the coup.