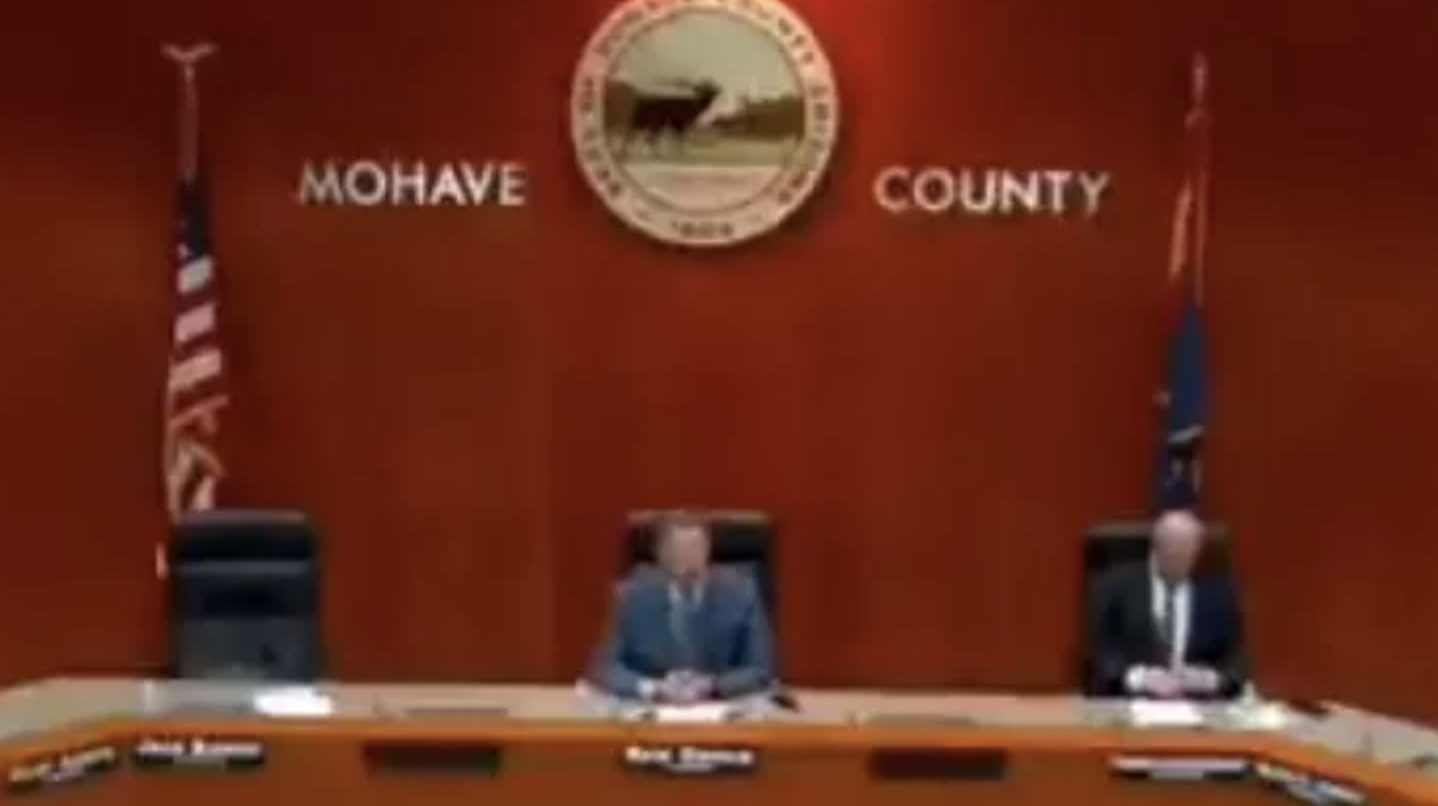 Arizona Mohave County Board of Supervisors vote to certify the election or be arrested for a felony.

This is not what our founding fathers had in mind. If the results of an election are uncertifiable because of rampant fraud or corruption or negligence or all of the above, the results should not be accepted or certified.

The election should be redone.

We have to stop certifying elections that contain fraud or corruption or negligence. Elections with any of these are uncertifiable. The 2020 and 2022 Elections are uncertifiable. As a result, America has an administration in charge that hates America and shows it every day.

The people stealing the elections in the US do not love this country.  We know this by their policies.

Look at Biden.  We have no idea who’s running his Administration other than it’s not Joe.  He’s destroyed jobs, increased inflation to 40-year-highs, given billions to the Taliban, given billions to Ukraine that now can’t be accounted for, allowed anyone to come into this country along the Southern Border, made America energy dependent again, imprisoned innocent Americans with false charges, covered up for his and his son’s corruption, etc…

In Arizona you have a Soros-backed corrupt and creepy Secretary of State stealing an election after destroying any chance of having votes counted from election day.  But the counties in the state have to certify her corrupt election win or be served with felonies.

Hero Supervisors in Mohave County initially stood up against the uncertifiable election.  But after being threatened with felonies, they voted to approve the stolen 2022 election under duress.

America has some work to do to free and fair elections.  As long as we have these machines, corrupt actors, and uncontrolled processes, America is in peril.

Biden to Union Workers in Michigan: “Ten Years Ago, How Many of You Knew What the Hell a Supply Chain Was?” (VIDEO)