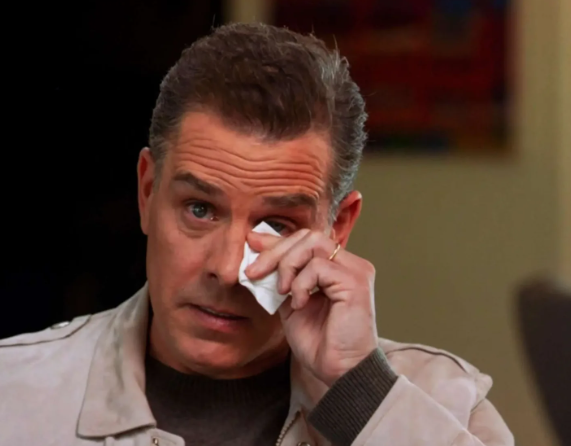 In her new memoir, Kathleen Buhle describes the moment when she learned of her now-ex husband Hunter Biden’s affair with their sister-in-law, Hallie Biden.

The revelation came from her family therapist and daughters in November 2016, more than a year after Hallie’s husband and Joe Biden’s son Beau died of a glioblastoma brain tumor on May 30, 2015.

Buhle’s daughter Finnegan summoned her to the family therapist’s office, and asked “Debbie” to  break the news when Finnegan said she couldn’t do it herself, according to an excerpt of the memoir published Wednesday in People.

“Debbie looked me in the eye and calmly said, ‘Kathleen, Hunter’s having an affair with Hallie,’” Buhle wrote in “If We Break,” to be released on June 14.

Finnegan told her, “‘We found his phone.’” Her other daughter Naomi added, “‘There were text messages between them.’”

Buhle threw out Hunter in the summer of 2015 after finding a crack pipe in their ashtray, according to People’s summary. Earlier, he had admitted to cheating with prostitutes while traveling abroad for work. He later wrote about his drug addiction in his memoir, “Beautiful Things.”

In the fall of 2015, Buhle wrote, she “watched his every move” from her computer.

“There were charges at Lake Tahoe at a nail salon and a charge for two lift tickets,” she wrote in the excerpt. “I found a credit card charge for $10,000 at a hot tub store in Los Angeles. I found hundreds at liquor stores and strip clubs. The whole time, he told me he was healthy and sober—and I was crazy.”

Hunter Biden had been working with Hallie and his parents to set up the Beau Biden Foundation after his death, and he started spending most of his time at Hallie Biden’s house, Buhle wrote.

Buhle wrote that she felt “a strange vindication” upon learning of the affair.

“Not only had I not been crazy, but it was so much worse than I could have imagined,” she wrote. “I was shocked, but not heartbroken. Heartbreak had already flattened my self-esteem that past year.”

Buhle and Hunter Biden divorced in 2017 after 24 years of marriage. He is now remarried to another woman and facing a Justice Department investigation into his business dealings.

“Whether or not I’m questioned, I couldn’t be of any help,” Buhle told People. “I kept my head so deeply buried in the sand on our finances.”

A White House spokesperson could not immediately be reached for comment on the excerpt.

When Hunter’s affair with Hallie became public in 2017, his father told Page Six that he and his wife, Jill, gave them their blessing.

“We are all lucky that Hunter and Hallie found each other as they were putting their lives together again after such sadness. They have mine and Jill’s full and complete support and we are happy for them,” the statement said.