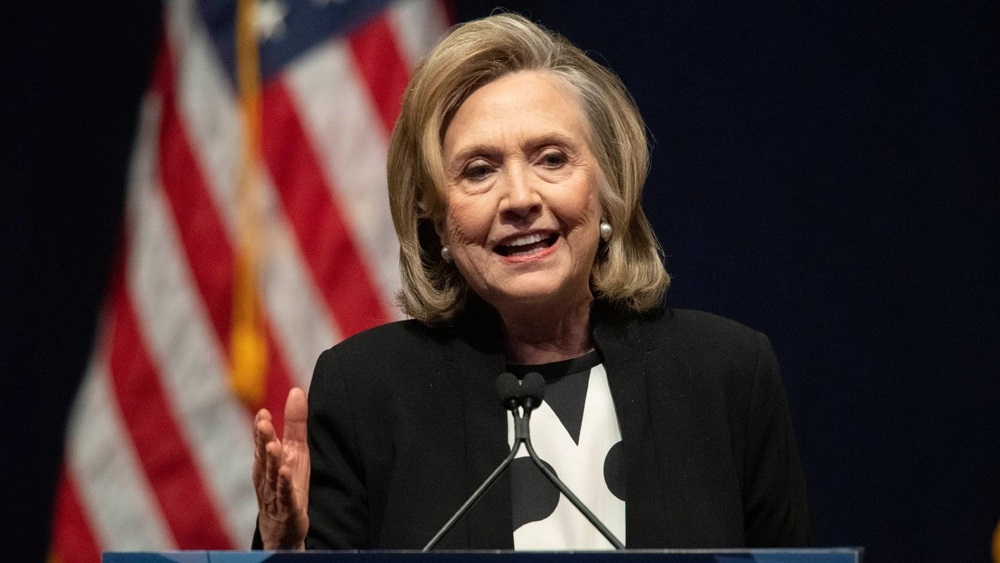 Former presidential candidate Hillary Clinton cautioned Democrats against turning transgenderism into a cornerstone issue, advising them to instead focus on winning elections.

Speaking with the Financial Times this past Friday, Hillary Clinton gave a rather non-woke answer when asked how much Democrats should focus on transgender issues.“Democrats seem to be going out of their way to lose elections by elevating activist causes, notably the transgender debate, which are relevant only to a small minority. What sense does it make to depict JK Rowling as a fascist?” the reporter asked.

Hillary Clinton said that winning the next election is too much of a priority to get side-tracked on pet issues.

“We are standing on the precipice of losing our democracy and everything that everybody else cares about then goes out the window,” Clinton said. “Look, the most important thing is to win the next election. The alternative is so frightening that whatever does not help you win should not be a priority.”

As noted by Fox News, Clinton’s caution against far-left politics follows comments she made in late 2021 when she advised Democrats to truly consider what issues actually win elections.

“I think that it is a time for some careful thinking about what wins elections, and not just in deep-blue districts where a Democrat and a liberal Democrat, or so-called progressive Democrat, is going to win,” Clinton said at the time. “I understand why people want to argue for their priorities. That’s what they believe they were elected to do.”

“Look, I’m all about having vigorous debate. I think it’s good, and it gives people a chance to be part of the process,” she added. “But, at the end of the day, it means nothing if we don’t have a Congress that will get things done and we don’t have a White House that we can count on to be sane and sober and stable and productive.”

“[W]hat went wrong is just stupid wokeness,” said Carville. “Don’t just look at Virginia and New Jersey. Look at Long Island, look at Buffalo, look at Minneapolis, even look at Seattle, Wash. I mean, this ‘defund the police’ lunacy, this take Abraham Lincoln’s name off of schools. I mean that — people see that.”

“It’s just really — has a suppressive effect all across the country on Democrats. Some of these people need to go to a ‘woke’ detox center or something,” Carville continued. “They’re expressing a language that people just don’t use, and there’s backlash and a frustration at that.”

Carville’s comments prompted severe backlash from the likes of hardcore leftist Democrats like Rep. Alexandria Ocasio-Cortez (D-NY), who said that Democrats believing in a “woke problem” will hurt their chances for reelection because they “rely on the racial justice issue of voting rights.”

HUGE: Court Rules for the First Time That an Insured Business Can Seek Damages Over COVID-19 Shutdown Losses