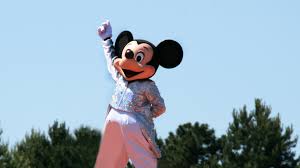 While executives for the film claim they replaced Allen, an open Republican, because the Buzz character in spinoff “Lightyear” is different than the toy voiced by Allen, the couple said the real reason was over the actor’s politics.

“Why would they change the voice? Kids wanna hear the same voice in the toy that they heard in the movie,” Duffy said.

“That’s how dumb this is, they’re trying to come up with an excuse as for why they’re canceling Tim Allen,” he continued. “They couldn’t let the reason be he’s a Republican, they had to create some other reason as for why they were kicking him out.”

Campos Duffy said no one online believes Disney, anyway. “Everyone knows that Tim Allen was basically canceled,” she said.

The couple noted that openly-pro-life actress Patricia Heaton slammed Disney last month for the replacement, too, asking why the corporation would “completely castrate this iconic, beloved character.”

“Saw the trailer for Buzz Lightyear and all I can say is Disney/Pixar made a HUGE mistake in not casting my pal [Tim Allen],” Heaton said on Twitter, The Daily Wire reported. “Tim Allen in the role that he originated, the role that he owns. Tim IS Buzz! Why would they completely castrate this iconic, beloved character?”

Promoting “Lightyear,” producer Galyn Susman said Allen was replaced because the Buzz character in the new film is “separate from the toy.”

“Tim Allen is Buzz Lightyear the toy,” Susman said, according to Consequence Film. “We weren’t making a Toy Story movie. We’re making Buzz Lightyear’s movie. And so first and foremost, we just needed a different person playing that Lightyear, separate from the toy.”

Director Angus MacLane added that Buzz in “Lightyear” is “a little more well-rounded. Technically he’s a bit smarter because he’s not comic relief,” he said. “He has to be funny, but not too goofy. And that’s why we went with Chris.”

The report noted that “The Santa Clause,” starring Allen, will reportedly be returning to Disney Plus for a limited series.

“Lightyear,” which includes a gay kiss between two female characters, has struggled at the box office.

‘Karine Was Not Set Up To Succeed’: DeSantis Spokeswoman Lambasts Biden’s Press Secretary