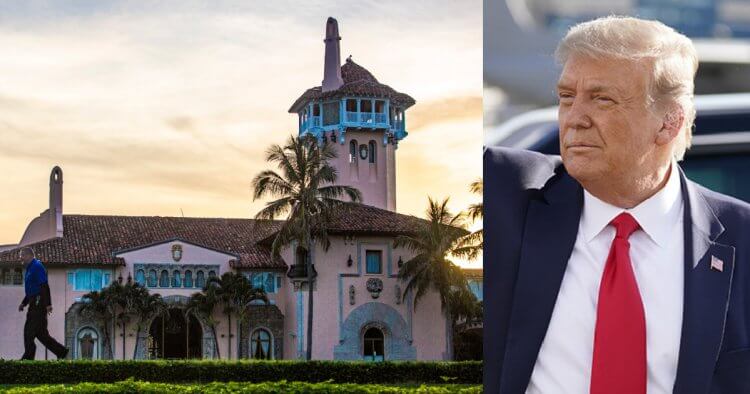 The Justice Department sent a letter to former President Donald Trump’s legal team asking to increase security at his Mar-a-Lago residence after the FBI and Department of Justice went to the facility for an inspection in June, according to a letter that was released Friday.

The affidavit and Department of Justice letter (pdf), which were sought by newsgroups and other third-party entities, were unsealed by U.S. Magistrate Judge Bruce Reinhart on Friday at around noon. Reinhart is the same judge who approved the FBI search warrant of Mar-a-Lago that was executed by agents on Aug. 8.

“As I previously indicated to you, Mar-a-Lago does not include a secure location authorized for the storage of classified information,” the June 8 letter said, according to the affidavit. “As such, it appears that since the time classified documents were removed from the secure facilities at the White House and moved to Mar-a-Lago on or around January 20, 2021, they have not been handled in an appropriate manner or stored in an appropriate location.”

The Justice Department further asked that the “room at Mar-a-Lago where the documents had been stored be secured and that all of the boxes that were moved from the White House to Mar-a-Lago (along with any other items in that room) be preserved in that room in their current condition until further notice.”

The raid and court proceedings are “a total public relations subterfuge by the FBI & DOJ, or our close working relationship regarding document turnover – WE GAVE THEM MUCH,” the 45th president said, adding that the judge should “have NEVER have allowed the Break-In of my home.”

Earlier this week, Trump’s lawyers filed a legal complaint seeking the appointment of a special master to review the allegedly classified material that was taken by the FBI.

A section of the complaint said that FBI agents and top Department of Justice officials visited Mar-a-Lago in early June and asked Trump to further secure a storage room with some of the materials. Lawyers for the former president agreed, according to the complaint, and Department of Justice officials allowed them to install a second lock on the door.