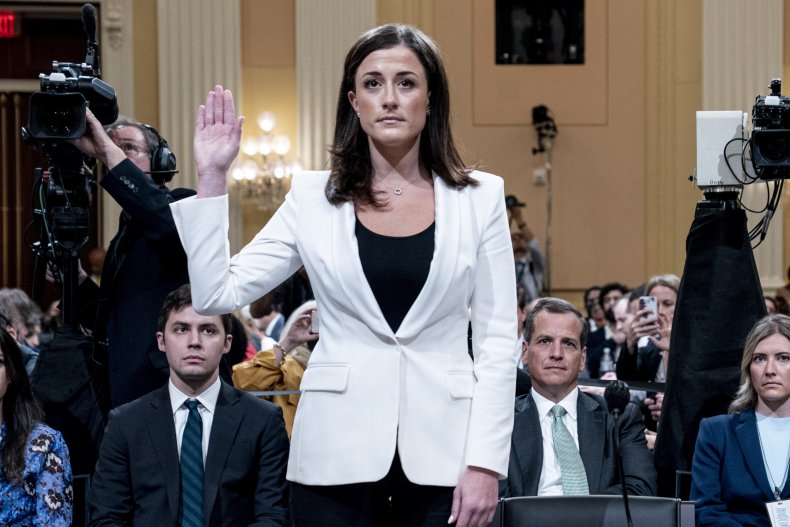 Democrats and their media lackeys billed this as an explosive development in their quest to get President Donald Trump.

Democrats, the FBI, the mainstream media, Big Tech, and Liz Cheney all believe Donald Trump and his supporters must be punished and ruined for trying to save this country from their failed policies and tyrannical ambitions.

Young Cassidy sat for testimony and proceeded to tell several lies while under oath before the committee.

Here a few of Cassidy’s whoppers:

1.) Cassidy Hutchinson said President Trump attempted to grab the steering wheel of “the beast” and wrestle control from the Secret Service on January 6th.

Truth: President Trump was not in “the beast” on January 6th.

Truth: Bobby Engel willing to testify this was a lie.

4.) Cassidy Hutchinson claimed to have written a handwritten note on January 6th.

Truth: Former White House lawyer Eric Herschmann wrote the note and testified to this fact under oath previously before the committee.

5.) Cassidy Hutchinson said her boss Mark Meadows called Roger Stone on January 5th to find out what would play out the next day on January 6th.

Truth: Roger Stone has never spoken to Mark Meadows outside of a conversation they held in a green room in 2019.

Truth: General Flynn has never had a phone conversation with Mark Meadows.

7.) Cassidy Hutchinson said General Flynn and Roger Stone participated by phone in a briefing in the war room in the Willard Hotel with Mark Meadows on January 5th.

Truth: Did not happen. Stone and Flynn have not spoken with Meadows on the phone, ever.

Truth: This is false. They’ve never met or communicated.

9.) Cassidy Hutchinson testified that Trump’s White House counsel Pat Cipollone was at the White House on the morning of January 6, 2021.

Truth: Pat Cipollone was NOT at the White House on January 6.

These are only the lies we have captured so far.

They may be several more.

The fake news media has yet to report on any of this.

They would rather lie to the American public than our former President walk free.