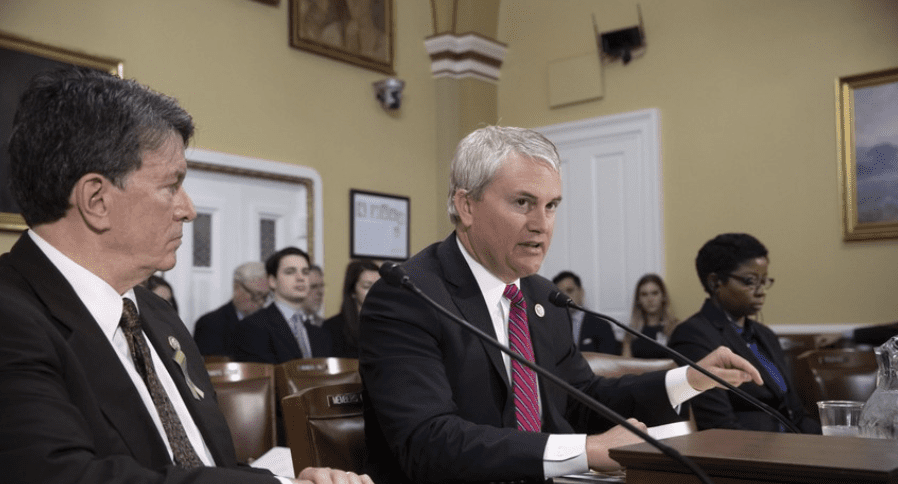 The Republican House Oversight and Reform Committee members sent a letter on Wednesday to the head of the National Archives requesting an “immediate briefing” on their role in the FBI’s raid on former President Donald Trump’s Mar-a-Lago residence.

The GOP lawmakers, led by ranking committee member James Comer (R-KY), instructed the acting Archivist of the United States, Debra Wall, to preserve all documents and communications related to the FBI’s search, and set a deadline of August 17th for the briefing. Documents requested include all communications between any National Archives employee with the DOJ and FBI as well as any internal communications regarding documents in Trump’s possession since he left office on Jan. 20, 2021. The committee members also requested any document the National Archives employees may have prepared to be submitted to a US federal court during the period after Trump left the White House.

In their letter, Republicans slammed the disparity of treatment of former President Trump in comparison to Democrat politicians, including former Secretary of State, Hillary Clinton, saying,

NARA’s singling out of President Trump’s handling of official records stands starkly in contrast to the way NARA has treated far clearer violations committed by politicians and officials who are not Republicans. As has been widely reported for years, Secretary of State Hillary Clinton “did not have a government email address during her four-year tenure at the State Department[,]” aides “took no actions to have her personal emails preserved…as required by the Federal Records Act[,]” and emails included classified information, but faced no repercussions—let alone an FBI raid—which demands an explanation for the disparate treatment received by President Trump, her once-rival. Since Hillary Clinton has never been President of the United States, she had a much more limited ability to declassify documents than President Trump, who was chief executive. Secretary Clinton also deleted over 31,000 emails after receiving a subpoena for them by the House Select Committee on Benghazi, which was met with the FBI’s apathy.

Committee members left no doubt that they see this as a partisan “weaponization” of federal agencies “against President Biden’s political rivals.” Their letter comes on the heels of widespread and strong condemnation of the raid from GOP members of the House Judiciary Committee, Republican Governors and, GOP representatives. In a statement GOP House Leader, Kevin McCarthy (R-CA) told US Attorney General Merrick Garland to “preserve your documents and clear your calendar,” promising an investigation into the DOJ when the GOP takes back the House in November.

Did Donald Trump Bait the FBI?