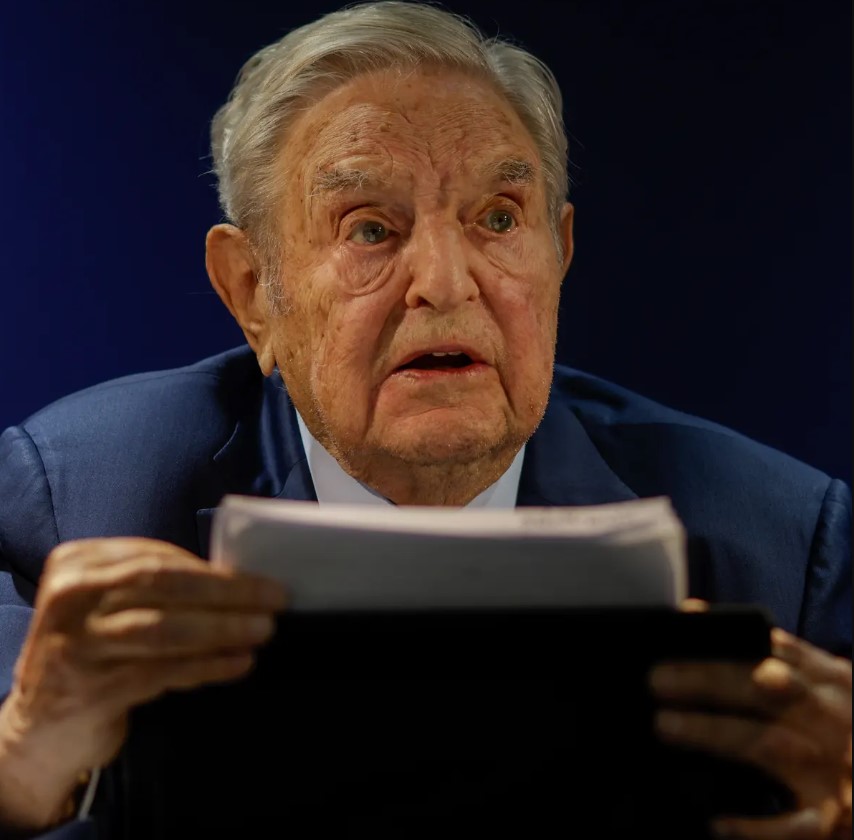 George Soros is not going to have as simple a time as he may have thought with his plan to take control of conservative Hispanic radio stations.

But one conservative Latina host is hitting back as a group backed by Soros wants to purchase 18 stations for around $60 million, Fox News reported.

“What I believe is this is about control and about politics,” Conservative radio host Lourdes Ubieta said on “Fox & Friends Weekend” on Saturday. “And they are trying to silence the conservatives’ voices, especially in Spanish.”

“[Democrats] are intoxicated with their globalist agenda and the woke,” the host, who left the radio station Radio Mambi, said. “For the Latinas, we are awake, you know, not woke. For us is the love of our country because this is our country.”

Congressional candidate George Santos is furious with what the Soros back group wants to do.

“I believe Soros is not only trying to silence conservative voices, he’s trying to push his regurgitated nonsense from the left on Latinos, on people who are undecided, people who are not sure,” he said.

The investment group Lakestar Finance, affiliated with Soros Fund Management, has partially funded the creation of Latino Media Network, a new network that will include Radio Mambi. The network and its stations are controlled by staunch Democrat supporters including a former Obama staffer and Clinton campaign employee.

Media personalities and conservatives have criticized the move, with some arguing it is an attempt to silence conservative voices or push liberal agendas on the Hispanic community…

While the deal is still waiting for FCC approval, the acquisition has sparked immense controversy with many conservatives slamming the deal as an attempt to push the liberal agenda.

Last month voters in heavily Democratic San Francisco have rejected their George Soros-funded district attorney, Chesa Boudin, recalling him on Tuesday amid a spike in crime many have said is due to his refusal to prosecute.

Now, Mayor London Breed, another Democrat, will have to appoint a district attorney to backfill Boudin until the next election.

“This is a movement, not a moment in history,” Boudin said following his defeat. “The coalition that we built is broad, it is diverse, it is strong. And it is a coalition that is deeply committed to justice.”

“Boudin is not keeping San Francisco safe. He refuses to adequately prosecute criminals and fails to take the drug dealing crisis seriously. He doesn’t hold serial offenders accountable, getting them released from custody, and his response to victims is that ‘hopefully’ home burglaries will go down,” the recall petition said.

Boudin’s defeat likely sends a message to Los Angeles District Attorney George Gascón, another Soros-backed DA whose soft-on-crime policies have triggered an effort to recall him as well.

“Tonight showed that voters from every community and every walk of life, regardless of political ideology, are rejecting pro-criminal policies that are masked as criminal justice reform,” said a representative of the Recall Gascon Campaign.

“George Gascón and Chesa Boudin’s failed social experiments have destroyed communities while doing nothing to meaningfully reform the system. If LA County voters sign and return their recall petitions, Gascón will be walking the same plank in the near future,” the rep added.

Boudin was elected in 2019 with 50.8 percent of the vote, defeating Suzy Loftus who received 49.2 percent.

He said the “the old approaches” didn’t make the city safer but ignored the root causes of crime and “perpetuated mass incarceration,” and claimed that in his first year he fought to expand support for crime victims, hold police accountable when they commit unnecessary violence, create an independent “innocence commission,” and establish an economic crimes unit to protect workers’ rights.

Boudin also claimed that “exploiting recalls for political purposes is an abuse of the process [that] disrespects the will of the voters and costs taxpayers millions of dollars.”