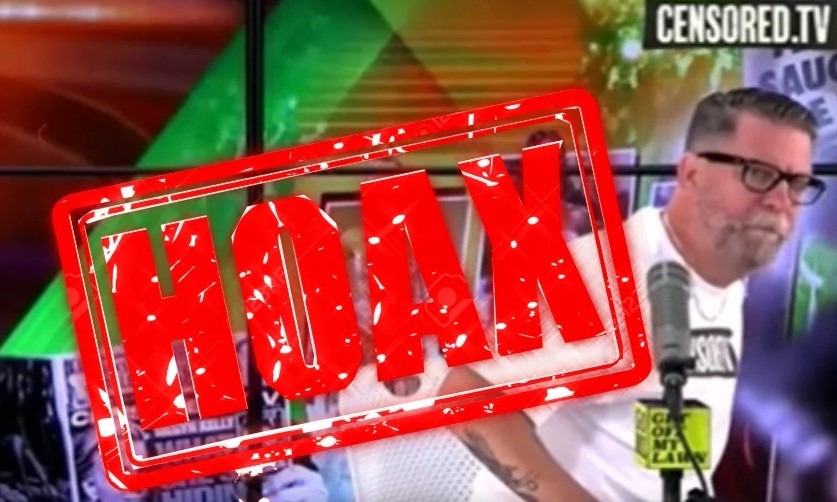 After numerous media outlets published reports of McInnes’ arrest, his close friends and associates reached out to him. Three different Gateway Pundit reporters contacted Gavin after video was posted of the incident.

McInnes later informed his friends that the whole spectacle depicting his arrest for January 6 involvement was an elaborate hoax.

On Monday, Benjamin published text messages of his conversation with McInnes which verify the entire “arrest” was a charade.

“You gonna reveal it’s a prank? Cuz I have friends writing blogs about it,” Benjamin replied.

McInnes then warned he is severing his friendship with Benjamin for exposing his deceptive scheme.

“Did you spill the beans?” he asked. “Looks like you did. We’re done.”

Benjamin published a video on Monday blasting McInnes for trying to “infect” the public with a “prank” that he argued his audience “was so dumb and naïve to believe.”

“Gavin McInnes texted me that, ‘We’re done’, because I revealed his ‘prank ‘that was never going to be revealed,” Benjamin said. “The reveal is the difference between a prank and a scam, and a lie, and a deception.

As The Gateway Pundit reported, McInnes walked off the set of his show “Get Off My Lawn” during a live broadcast on Thursday night.

He appeared to be engaging in conversation with individuals out of view.

“Yeah. Alright, I’m happy to do that but, uh, I’ll get a lawyer and we will sit down and have a conversation and schedule a meeting and we’ll sit down with my lawyer,” he said as he stood from his seat. “I didn’t let you in,”

Indistinct chatter was heard and then McInnes disappeared from the set and has yet to air another broadcast.

He also abandoned his social media pages. The Censored.TV founder regularly updates his Telegram, but has not posted anything or issued a statement since the alleged raid transpired on Aug. 25.

McInnes’ abrupt exodus prompted concern that he was arrested by the authorities over January 6, as  former Censored.TV host and member of the Proud Boys Joe Biggs remains incarcerated and faces a 20-prison sentence for sedition.

But his colleague, comedian Josh Denny who works alongside McInnes at Censored.TV, fueled the controversy by insisting McInnes’ depiction of the raid and arrest was “not a bit.”

“Just got off the phone with our people. It’s not a bit,” Denny tweeted on Saturday. “Gavin was AGAINST going to Jan 6. He was AGAINST Charlottesville (and told Proud Boys they were out of the club if they went) but he’s rotting away in jail because he dared to question authority.”