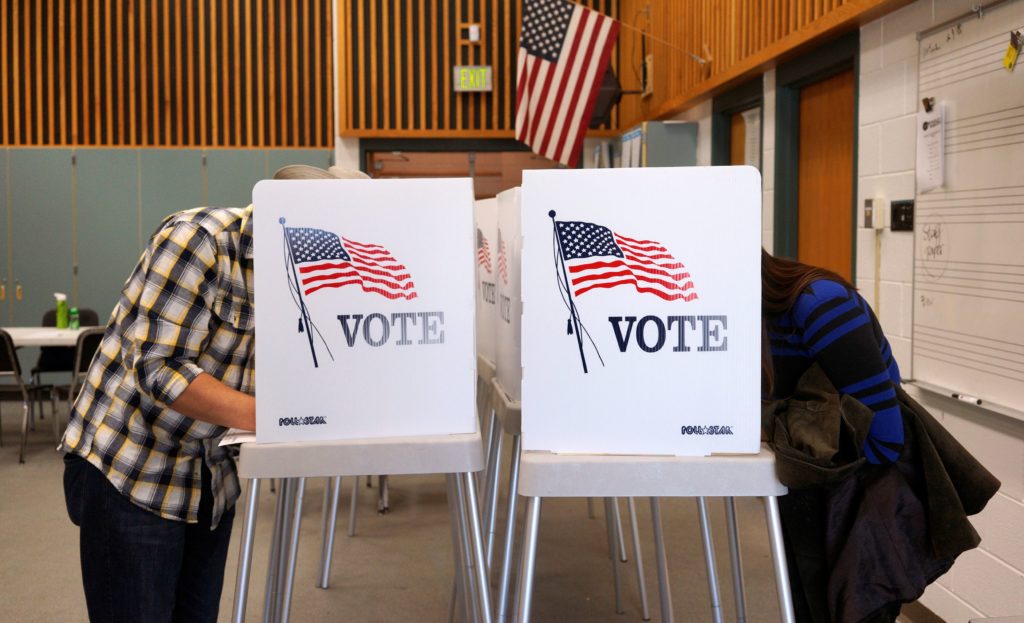 A large majority of voters say the economy is in bad shape. Two-thirds are pessimistic about conditions. Gas and grocery prices are a major problem for most families. And a growing number of voters feel they are losing ground financially.

That’s the grim backdrop for the upcoming midterm elections, according to the latest Fox News national survey.

Forty-seven percent feel they are falling behind financially, up 20 points compared to last June.  Some 42% are holding steady, while only 10% are getting ahead.

Eight-two percent of voters rate the economy negatively, including 57% who describe it as poor — the highest in a decade.

When asked to offer a more general assessment of their economic mood, 65% say they feel pessimistic. That’s an 18-point increase since last year, and up 30 points from four years ago.

Nine in 10 report the cost of food and gas are a problem for their family. That includes majorities who say current grocery (55%) and gas prices (67%) are a “major” problem. For voters in households earning less than $50,000 annually, nearly three-quarters call gas prices a major problem (72%). And by a 50-32% margin, more voters say President Biden’s policies are responsible for current gas prices than blame Russian President Putin’s war with Ukraine.

Overall, 41% say inflation will be most important to their vote for Congress. That’s about four times as many as say guns (12%) and abortion (10%). Next, it’s border security (7%), followed by climate change and crime (5% each), election integrity and voting rights (4% each), coronavirus (3%), and foreign policy (1%).

The Republican issue advantages are larger and, importantly, on the top issue. They are preferred on inflation (R+19 points), border security (R+19), crime (R+13), and foreign policy (R+8).

It is more evenly divided on preservation of American democracy (R+1), and neither party has an edge on gun policy. In 2018, the last time Fox asked this gun policy question, more voters trusted Democrats to handle the issue by a 3-point margin.

The Republican advantage on inflation comes mainly from a 30-point preference among independents. Some 17% of Democrats also say the GOP is better on the issue. Yet the highest defection among Democrats, 19%, is on border security.

About equal numbers of Democrats (44%) and Republicans (47%) say they feel more enthused to vote this year than usual.

“This poll shows that the expected overturning of Roe and the increased focus on gun policy creates some openings for Democratic candidates that may not have been there before,” says Democratic pollster Chris Anderson, whose firm Beacon Research conducts the Fox News survey with Republican pollster Daron Shaw.

“These issues provide concrete reasons for some voters who are disillusioned by Biden and discouraged by inflation to care about supporting Democratic congressional candidates.”

The generic ballot test shows voters prefer the Republican candidate to the Democrat in their House district by 47-44%. That is well within the survey’s margin of sampling error. The GOP candidate was up by 7 points in April and by 2 points in March.

“In historical terms, if the GOP picks up roughly two dozen seats it would be about average for the out-party in a midterm,” says Shaw. “However, 2020 Republican gains in the House and pro-Democratic gerrymandering significantly constrain what is possible in 2022, such that some statistical models estimate a 23-seat swing would be comparable to winning 50+ seats in a normal midterm. In other words, given the context of 2022, a Democratic loss of two dozen seats would be — to paraphrase former President Obama, a shellacking.”

Seven in 10 think it is important for Congress and the Justice Department to investigate the January 6, 2021 attack on the U.S. Capitol, including 50% who say it’s very important. The House Select Committee has been investigating the attack for over a year and had its first televised hearings June 9. The poll finds virtually all Democrats (95%) and most independents (70%) think the probe is important. Among Republicans, 48% say important, 49% not important.

Voters are unhappy with Congress, as just 21% approve, while 72% disapprove — the lowest marks for lawmakers in over two years.

Conducted June 10-13, 2022 under the joint direction of Beacon Research (D) and Shaw & Company Research (R), this Fox News Poll includes interviews with 1,002 registered voters nationwide who were randomly selected from a national voter file and spoke with live interviewers on both landlines and cellphones. The total sample has a margin of sampling error of plus or minus three percentage points.

Ron Johnson: Biden ‘Caused All of These Crises’