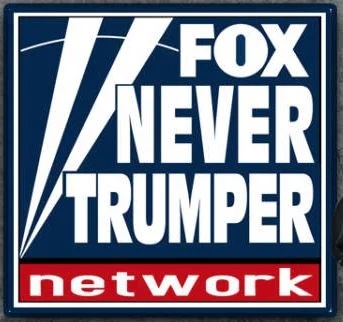 It appears the effort to censor President Trump out of existence is being backed by the Republican Party leadership and FOX News.

FOX News is not a fan of President Trump.  They showed this on Election Night 2020 when they used NeverTrumpers Chris Wallace on FOX and Neil Cavuto on FOX Business to demean Trump supporters.  Many of these supporters, members of the largest political base in US history, have not gone back to FOX since election night.

We see the anti-Trump bias daily on FOX as NeverTrumpers push news that is really attacks against President Trump, his base, and those candidates they support.  TGP reported today on another hit piece on President Trump and his base that loves America, God, family, and country.

This was President Trump’s first visit to DC since departing on January 20, 2021.  It was historical and an excellent speech but FOX chose to ignore it.

FOX News has not had President Trump on its channel for over 100 days per a report from The New York Times.  The leadership of the GOP and leaders of FOX News are attempting to push the President with the most votes in US history into isolation.  They are happy to do it themselves.

Dinesh is right.  FOX will be a case study for how to destroy your business… soon.

VIDEO: Is She TRYING To Pull Us Into War?! Pelosi To Fly to Asia Despite Threats