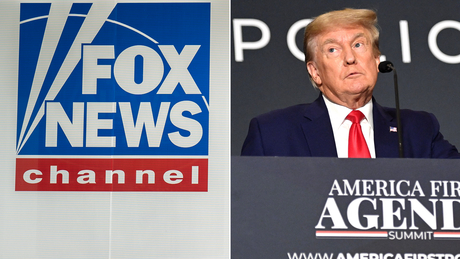 The New York Times reported Friday that Fox News has not had Donald Trump on its network in over 100 days, which the paper said was part of a larger strategy to eliminate the former president as a major GOP player.

But, The Times noted, even Trump has complained his longtime friend “doesn’t seem to be paying him much attention anymore.”

The paper said Trump believes Fox’s strategy of shunning him is an effort in “effectively displacing him” from the news cycle and as de facto leader of the Republican Party.

The decision to shun Trump has been made at “the highest levels” of Fox’s parent company, and is backed by its billionaire chairman, Rupert Murdoch, and his son, company CEO Lachlan Murdoch.

Both are Republicans, but are said to have to developed a strong distaste for Trump.

Earlier this month, the Murdoch-owned newspapers the New York Post and The Wall Street Journal published harsh rebukes of Trump’s actions regarding Jan. 6 while strongly opposing a Trump bid for president in 2024.

The Times said Trump’s failure to accept the 2020 election result was at the root of the Murdochs’ criticism of the former president, a view shared by Senate Minority Leader Mitch McConnell, R-Ky.

Trump has not hidden his new distaste for Fox News.

Shortly after his loss to Joe Biden, Trump blamed the network’s negative coverage of his presidency for his 2020 election loss.

And, this week, Trump blasted “Fox & Friends” on his Truth Social account for being “terrible” and having “gone to the dark side.”

Trump suggested former House Speaker Paul Ryan’s sitting on Fox Corp.’s board of directors is behind the shadow banning of Trump.

A recent FoxNews.com report featured man-on-the-street interviews with Trump “supporters” who did not want him to run again and “unanimously” backed DeSantis for 2024.

“I spent 11 years at Fox, and I know nothing pretaped hits a Fox screen that hasn’t been signed off on and sanctioned at the very top levels of management — especially when it has to do with a presidential election,” Newsmax host Eric Bolling said in a monologue this week.

Dick Morris, a former Fox News Analyst who is currently with Newsmax, said The Times’ report should not surprise anyone who has been watching Fox.

“Lachlan Murdoch and the network’s leadership wants Fox to be more like CNN,” Morris said.

“The Fox ban of Trump is a politically motivated decision, not based on news value, because Trump completely dominates the Republican Party and is still the biggest newsmaker in politics,” Morris added.

A recent Harvard-Harris poll had Trump pulling 56% of the vote against a field of seven GOP rivals, including DeSantis with 16%.

Morris is out with a new book, “The Return: Trump’s Big 2024 Comeback,” that argues Trump will easily win the upcoming Republican primary, but is the only GOP candidate who can win against the Democrats in 2024.