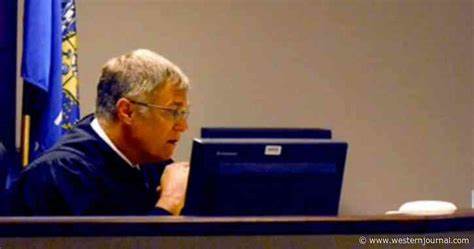 A retired Wisconsin judge was found shot to death in his home Friday, and the suspect in the shooting had what authorities are calling a hit list of other government officials.

The Department of Justice said the suspected killer, identified as Douglas Uhde, was found in the basement of the house, suffering from a self-inflicted gunshot wound, according to WISN-TV.

“So far, the information that’s been gathered indicates that it was a targeted act, and the targeting appears to be based on some sort of court case or court cases,” Wisconsin Attorney General Josh Kaul said, according to The Washington Post.

The Post report that in 2005 Roemer sentenced Uhde to six years in prison for a burglary charge.

A report in Politico said Uhde’s criminal and prison record goes back almost 20 years, and that he was last released from prison in 2020.

Kaul said that at about 6:30 a.m. on Friday, the Juneau County Sheriff’s Office received a call about an armed man who had fired two shots inside a home.

The caller had fled the house and was calling from a nearby residence.

Police responded, and entered the house at 10:17 a.m. after efforts to negotiate with the gunman inside failed.

Neighbor Donna Voss told The Associated Press that she heard law enforcement on a loudspeaker trying to get the gunman to surrender.

Roemer’s son may have been a witness, WISN reported.

“The state’s judicial family is shocked and saddened by this tragedy. Judge Roemer dedicated much of his career to public service in the law. Before taking the bench in 2004, he had served as an assistant district attorney and as an assistant state public defender. He was known by colleagues for his sharp legal mind and his willingness to share his time and knowledge with others. His work made a tremendous difference in the lives of many people in Juneau County and elsewhere in the state. Our deepest sympathy goes to Judge Roemer’s family at this time,” the statement said.

The investigation is being handled as a homicide and a possible case of domestic terrorism.