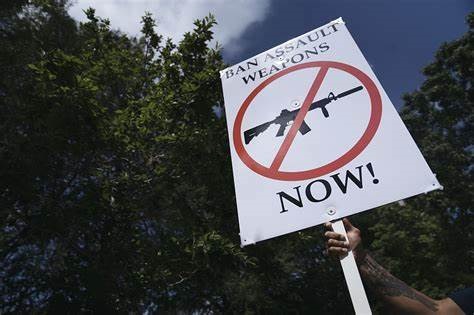 Far-left protesters gathered outside of the 2022 NRA convention in Houston, Texas Friday afternoon.

Some Republican politicians and musicians pulled out of the NRA forum under political pressure following the mass shooting at a Texas elementary school on Tuesday.

Abbott canceled his in-person appearance at the NRA’s annual convention but Senator Ted Cruz and President Trump are still expected to attend.

Protesters gathered outside of the convention in the sweltering heat to scream at the sky.

One Antifa goon with toothpick arms said he’s willing to take all Americans’ guns away.

We are all in this together!