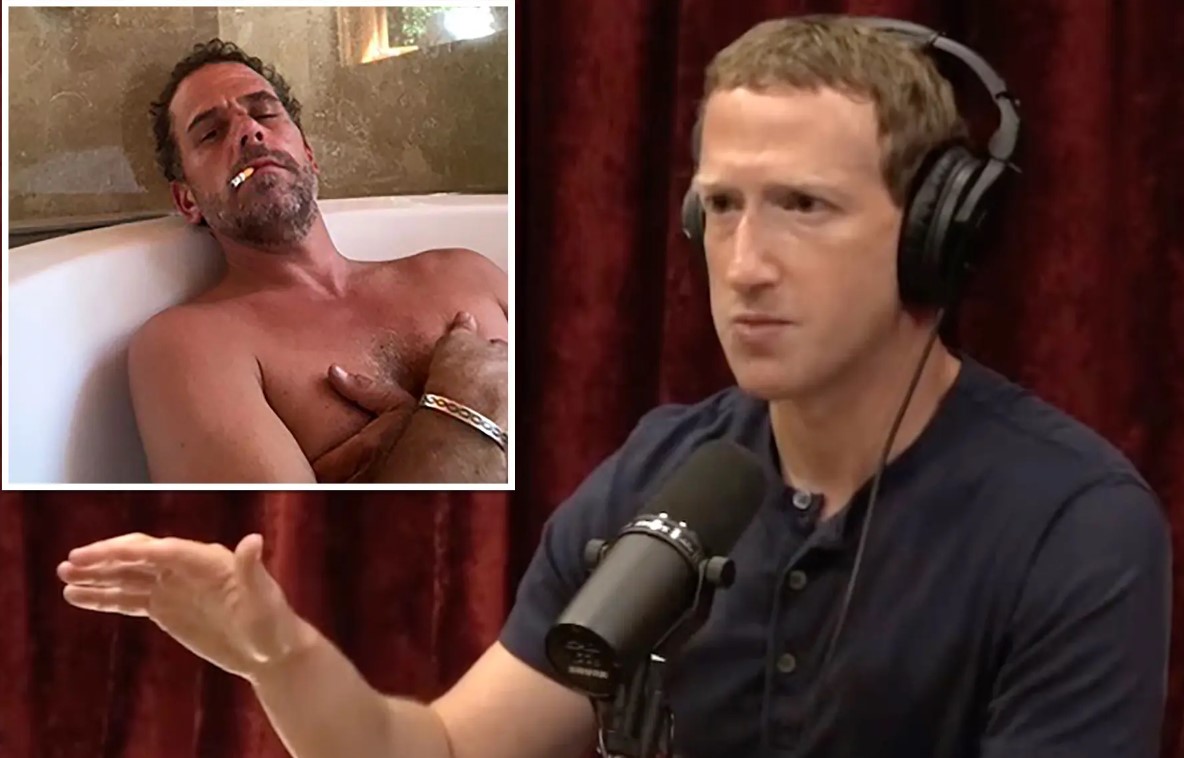 The Federal Bureau of Investigation has responded to claims made by Facebook’s Mark Zuckerberg that a “warning” about “Russian propaganda” had prompted the platform to limit the reach of the Hunter Biden laptop story during the election.

Zuckerberg admitted that Facebook had limited the reach of the New York Post’s bombshell story because it fit the “pattern” that the government agency had warned them about.

“The background here is that the FBI came to us – some folks on our team – and was like ‘hey, just so you know, you should be on high alert. We thought there was a lot of Russian propaganda in the 2016 election, we have it on notice that basically there’s about to be some kind of dump that’s similar to that.’”

The Post obtained a copy of the hard drive after the president’s drug-addled son left his laptop at a repair shop and never went back.

When asked by Rogan if he regretted censoring the story, Zuckerberg said that it “sucks.”

“It sucks… I think in the same way that having to go though a criminal trial but being proven innocent in the end sucks… in the end you’re free,” Zuckerberg said.

The big tech CEO said that the story was a “hyper-political” issue.

Zuckerberg added, “depending on what side of the political spectrum [you’re on], you either think we didn’t censor it enough or we censored it way too much.”

According to a report from NBC News, “in a statement Friday night, the FBI said it has provided companies with ‘foreign threat indicators’ to help protect their platforms and customers, but that it ‘cannot ask, or direct, companies to take action on information received.’”

“The FBI routinely notifies U.S. private sector entities, including social media providers, of potential threat information, so that they can decide how to better defend against threats,” the agency said.

“As we’ve said, nothing about the Hunter Biden laptop story is new. Below is what Mark told Sen. Johnson in Oct 2020 and what Mark told Joe Rogan this week. The FBI shared general warnings about foreign interference – nothing specific about Hunter Biden,” the statement said.