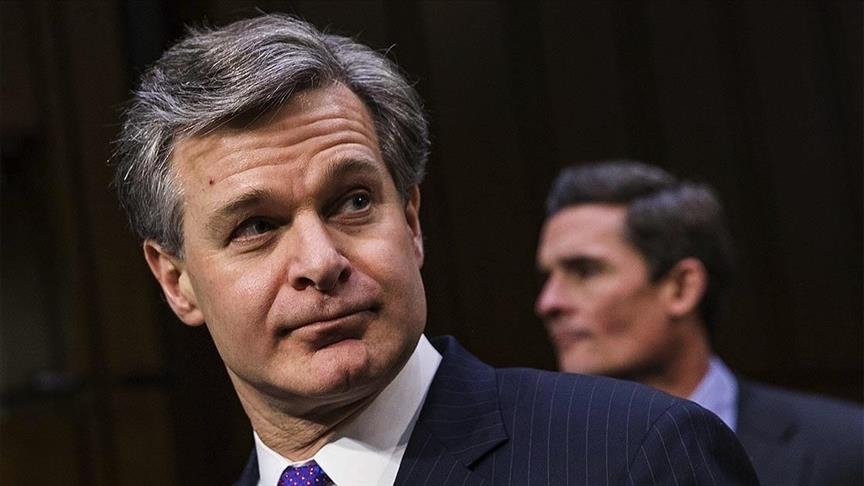 FBI Director Wray released a statement echoing US Attorney General Merrick Garland and condemned ‘attacks on the integrity of the FBI.’

“Unfounded attacks on the integrity of the FBI erode respect for the rule of law are a grave disservice to the men and women who sacrifice so much to protect others,” Wray said in a statement.

Earlier Thursday AG Garland threatened Americans who attack the integrity of the FBI.

On Monday at least 30 FBI agents and 3 DOJ officials raided Mar-a-Lago in their continued fishing expedition to manufacture a crime against the 45th President.

Garland today basically admitted they have nothing on President Trump. He could not identify ANYTHING the president did that was illegal.

Merrick Garland today promised he will not stand by as Americans verbally attack the Stasi-FBI.

AG Merrick Garland: “I will not stand by silently when integrity of DOJ and FBI is unfairly attacked.”

Within hours of Garland and Wray threatening Americans who ‘attack the integrity of the FBI’ – WaPo published a ‘leak’ from the same feds we aren’t allowed to criticize.

The same DOJ and FBI employees that Garland was just referring to as “dedicated, patriotic public servants” leaked a (false) story on Trump’s raid to the Washington Post.

Biden’s DOJ is now trying to justify the raid on a former president’s home by claiming records related to nukes were being stored at Mar-a-Lago.

This was all done through a leak to the Washington Post but we aren’t allowed to criticize the FBI or DOJ.