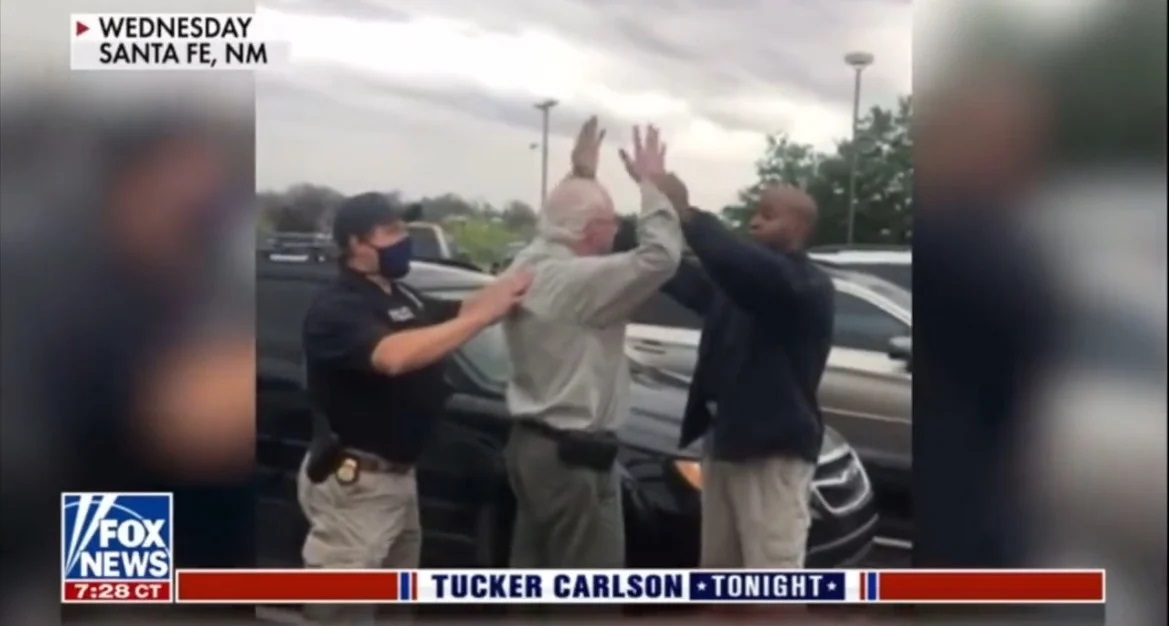 The January 6 Committee sent the feds after Trump lawyer John Eastman because he dared to take action against the Democrats and their massive election fraud operation in 2020.

Eastman filed a federal lawsuit in New Mexico on Monday and asked a judge to order the feds to return his property and block the January 6 investigators from accessing his phone.

According to the court filing, John Eastman was exiting a restaurant with his wife and friend last week when FBI agents ambushed him and “forced” him to unlock his phone.

The feds ambushed John Eastman on the same day they conducted a pre-dawn raid of Trump DOJ official Jeffrey Clark.

The FBI seized the phone of former President Donald Trump’s election attorney John Eastman last week, according to a new court filing from the lawyer.

Eastman disclosed the search and seizure in federal court in a lawsuit that he filed in New Mexico on Monday, calling it improper.

About six federal investigators approached the right-wing lawyer in New Mexico when he was exiting a restaurant after dinner with his wife and a friend, according to the court filings. Agents were able to get access to Eastman’s email accounts on his iPhone 12 Pro, the filings said.

Eastman contends the agents “forced” him to unlock his phone. A seizure warrant document included in Eastman’s filing noted any electronic devices agents seized were to be sent to Washington, DC, or the Justice Department inspector general’s forensic lab in northern Virginia.

The sham January 6 Committee earlier this year targeted Eastman in a filing where they claimed Trump may have engaged in criminal conduct to overturn the 2020 election.

“Evidence and information available to the Committee establishes a good-faith belief that Mr. Trump and others may have engaged in criminal and/or fraudulent acts,” the committee said in a court filing in March.

The filing was submitted in federal court in Los Angeles as part of a legal fight with John Eastman.

Eastman sued the January 6 panel in December in an effort to block a subpoena seeking emails.

Clark said the agents made him go outside in his pajamas while they searched his house.