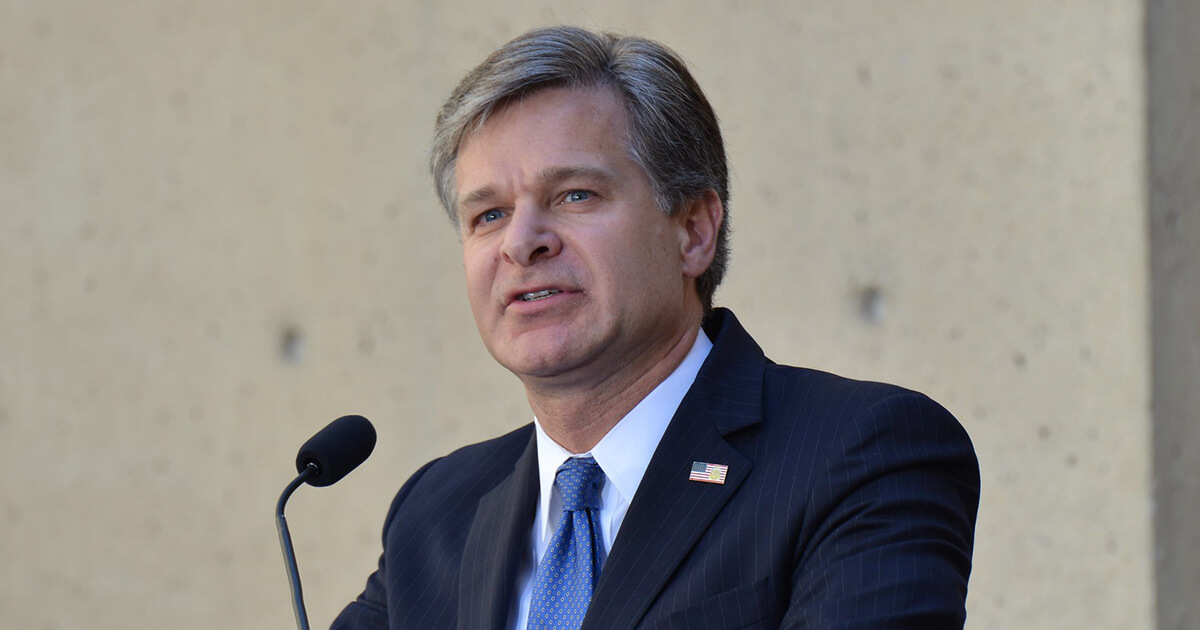 FBI Director Christopher Wray is expected to testify in front of the Senate on Thursday as he leads an agency battered by controversy and whistleblower allegations that the bureau’s work is deeply tainted by politics.

Some of the most pertinent questions Wray is expected to field involve allegations that high-up officials in the FBI meddled in the 2020 election, from covering up incriminating information about President Joe Biden’s family to overemphasizing the threat of domestic terrorism. Whistleblower accounts made public in recent weeks suggest the allegations have weight.

Wray took over as head of the FBI in August 2017 after the firing of former Director James Comey, whose legacy was marred by the FBI’s handling of investigations of both of the major candidates in the 2016 presidential election.

As FBI head, Wray said institutional reform is a priority. The FBI is dedicated to cleaning out internal bad actors and erecting safeguards to prevent a repeat of the failings of 2016, he told the inspector general of the Department of Justice (DOJ). Accounts from whistleblowers and others suggest Wray has fallen short on his pledge to protect the FBI’s credibility.

“The information provided to my office involves concerns about the FBI’s receipt and use of derogatory information relating to Hunter Biden, and the FBI’s false portrayal of acquired evidence as disinformation. The volume and consistency of these allegations substantiate their credibility and necessitate this letter,” Grassley wrote.

Whistleblowers told Grassley that the FBI obtained information in 2020 — just months before the November election — suggesting the younger Biden may have committed financial fraud and other crimes. In August 2020, FBI Supervisory Intelligence Analyst Brian Auten falsely assessed the information on Biden as fake.

Before reviewing the Biden information, Auten seemingly went under official review for his role in the botched 2016 Crossfire Hurricane investigation. Auten “failed to advise” others at the FBI of inconsistencies and false information in the notorious Steele Dossier, according to an inspector general report of Crossfire Hurricane failings. Wray told the DOJ inspector general that the bureau would “review the performance and conduct” of all agents who played a role in the failings identified in the inspector general’s report.

In December 2020, months after Auten’s audit and one month after the election, Hunter Biden revealed that his “tax affairs” are under investigation by the DOJ.

In April, a West Michigan jury acquitted two men and hung on charges against two others that federal prosecutors alleged to have conspired to kidnap Michigan Governor Gretchen Whitmer. The jury’s decision was a harsh rebuke of a seven-month long FBI investigation that defendants claimed was riddled with misconduct and amounted to entrapment.

Federal agents arrested the defendants and two others in October 2020, a month before the presidential election. The FBI claimed to have busted a group of armed conspirators that had been plotting for months to kidnap and potentially assassinate the governor of Michigan. The FBI had hundreds of hours of recordings and footage of secret meetings, militia training sessions, and even recon trips to Whitmer’s cottage in northern Michigan.

The bust was hailed as “one of the most important domestic terrorism prosecutions in a generation,” according to BuzzFeed. The federal government’s case began to unravel, however, after it barred three of the FBI agents who worked on the case from testifying at trial over allegations of misconduct and criminal activity. An FBI confidential human source was barred from trial after the government accused him of being a “double agent” for the alleged conspirators.