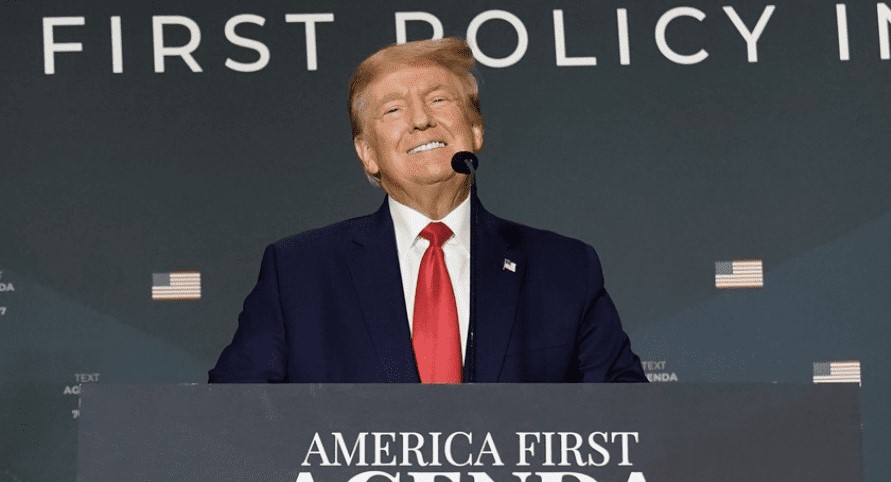 A new report is putting some pieces together regarding what the FBI used to justify its unprecedented raid of Donald Trump’s Florida home. Federal agents swarmed Mar-a-Lago on Monday, spending nearly 10 hours on the premises, seizing several boxes of documents.

Later, it was revealed that those documents were part of a dispute with the National Archives. The FBI apparently conducted an armed raid of Donald Trump’s home, not because of some grand conspiracy regarding January 6th, but because of a disagreement over the Presidential Records Act. Apparently, the documents taken included important things like a dinner napkin and a letter from Kim Jung Un.

Now, per Newsweek, we are learning that an FBI “informant” laid the groundwork for the raid, including telling federal agents where the boxes were located.

The raid on Mar-a-Lago was based largely on information from an FBI confidential human source, one who was able to identify what classified documents former President Trump was still hiding and even the location of those documents, two senior government officials told Newsweek.

The officials, who have direct knowledge of the FBI’s deliberations and were granted anonymity in order to discuss sensitive matters, said the raid of Donald Trump‘s Florida residence was deliberately timed to occur when the former president was away.

That’s an interesting development that will no doubt set off a furious search within Trump’s orbit. Someone betrayed him, but it should still be said that no actual wrong-doing has been shown here. Just because the FBI and this “informant” believed the president had classified information doesn’t mean he wasn’t within his rights to possess it. Presidents have universal power to declassify documents without following any type of process, and if Trump, before leaving office, deemed these documents declassified, then they are declassified. Further, the president’s lawyer said on Tuesday that she had seen the documents that were seized and that they were not even what the National Archives were looking for.

Which brings us to the larger question: What exactly are we doing here?

Why is the FBI using armed agents to raid the home of a former president over a questionable, supposed violation of the Presidential Records Act? That doesn’t begin to make sense given past precedent, and it should make you question what the real motivation is behind all this. I mean, I think most of us can guess with reasonable certainty, but it sure would be nice to get something more definitive.

Another tidbit in the Newsweek piece was that the FBI planned the raid to deny Trump a photo-op.

FBI decision-makers in Washington and Miami thought that denying the former president a photo opportunity or a platform from which to grandstand (or to attempt to thwart the raid) would lower the profile of the event, says one of the sources, a senior Justice Department official who is a 30-year veteran of the FBI.

The effort to keep the raid low-key failed: instead, it prompted a furious response from GOP leaders and Trump supporters. “What a spectacular backfire,” says the Justice official.

“I know that there is much speculation out there that this is political persecution, but it is really the best and the worst of the bureaucracy in action,” the official says. “They wanted to punctuate the fact that this was a routine law enforcement action, stripped of any political overtones, and yet [they] got exactly the opposite.”

If this wasn’t political, then why was the FBI concerned about whether Trump would get to grandstand or not? That would seem to be irrelevant to an apolitical agency just doing its job, right? As to the notion that the FBI just wanted the documents back, that better not be true. You don’t raid a former president to get some documents back that could have been picked up with a single agent, a phone call, and a court order. No, the FBI wanted to make a scene, and that’s exactly what they did. I don’t buy for a second that this was just a routine action that got out of hand.

Getting back to the issue of this FBI informant, some aren’t going to want to hear it, but this is one of the problems with Donald Trump. What makes him so alluring as a politician is also his biggest weakness. Yes, he’s a fighter who will speak with ruthless abandonment to issues many Republicans won’t. He’s also just as apt to throw his closest confidants under the bus at a moment’s notice if he feels at all threatened.

That breeds an environment of distrust, and he has tossed so many people overboard at this point that anyone he hires is just as likely to stab him in the back as they are to help him reach his goals. Unfortunately, that’s not going to be rectified, and it’s why any attempt by Trump to “drain the swamp” in a second term will be extremely difficult. Anyone taking on that task will need an army of loyal acolytes with deep knowledge of the bureaucracies, and I’m not sure the former president has the ability to assemble that.