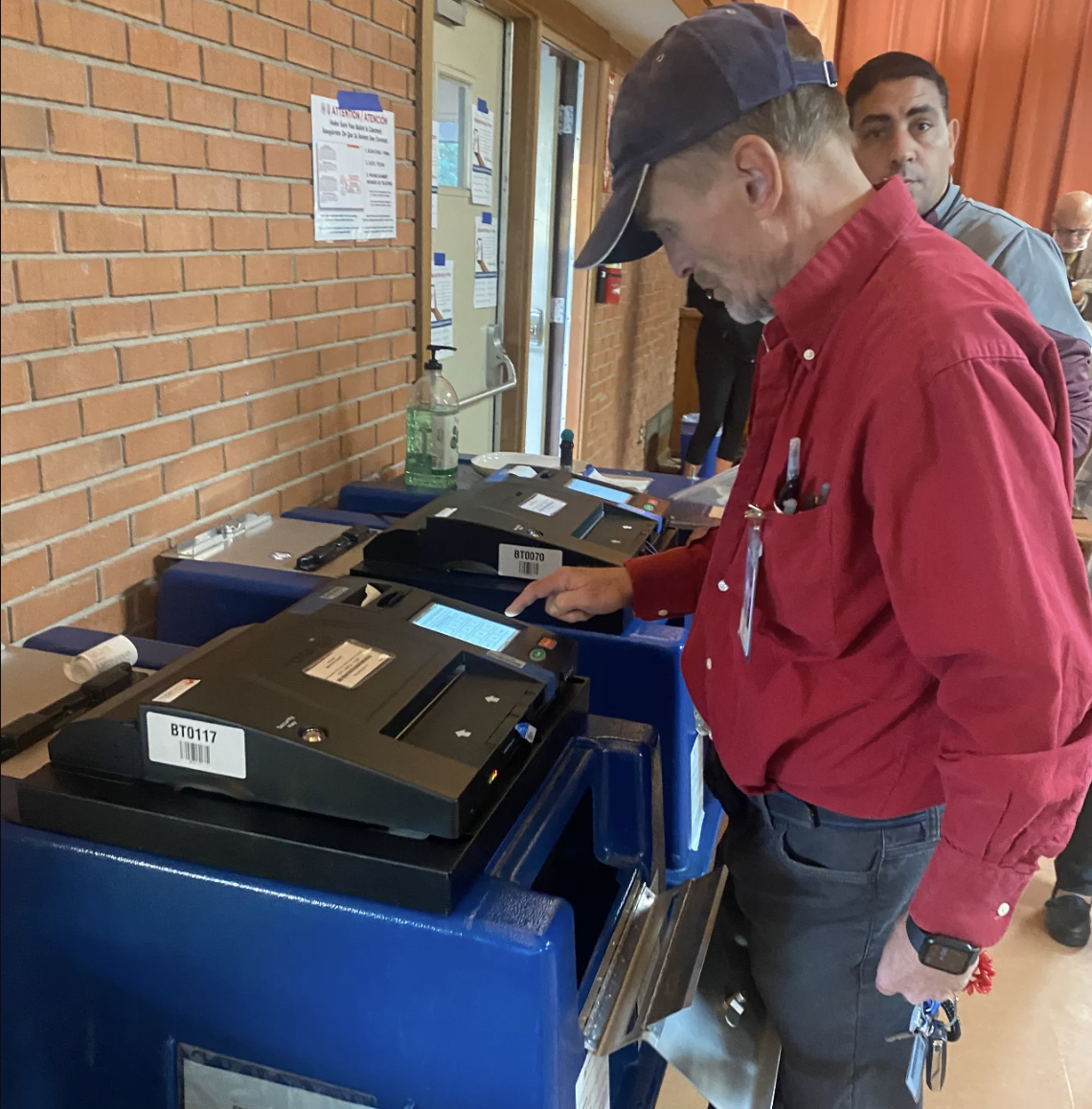 The cause of Arizona’s massive 30% machine tabulator failure is identified.  This action disproportionately affected Republicans and assured delays in counting.

Technical expert, Dan Sundin, has homed in on the likely cause of why 30% of the tabulators in Arizona could not process the majority of Republican ballots on Election Day.

During the 2022 General Election, the election programming was set up to process 20” long ballots. This was a change from the 2020 General and the 2022 Primary ballots, which were 19” long – an inch shorter.

So when Arizona election officials say they don’t know what happened on November 8th because everything was the same as Arizona’s primary – this isn’t true.

The ballot size wasn’t the same.

Why does that matter?

The sample ballot pdfs published by Maricopa County and the Runbeck-printed ballots used for mail-in voting were correctly made to 20” length in the 2022 General. So there have been no problems processing Democrat-leaning, mail-in ballots.

However, the ballot-on-demand printers used for in-person voting only have 19″ trays that contain 19” ballot paper.

This means, that for in-person voting, the official ballot image had to be compressed to fit on smaller paper than it was built for.

Compression causes the ink to be a little lighter than it should be and thus affects how the tabulators read the ballot.

Maricopa County directed some voting centers to increase how dark the printing was, and this helped the problem somewhat.

The bigger problem, however, is that compressing the image skews where the ovals end up on the paper. The tabulators use a digital map to know where to look for votes. If the ovals aren’t where they belong, the tabulator won’t be able to find them or will misread them. This problem will cause the tabulators to improperly read ovals, or not be able to read the ballot at all.

This is what most likely caused the high rejection rate and why so many ballots ended up having to be set aside in Drawer 3 – which led to another set of problems, and a lot of delays.

We all know delay favors fraud.

The equipment tabulating ballots at the MCTEC center is different than the Dominion ICP tabulators used for in-person, Election Day voting. Those scanners are more forgiving for shrunk/skewed ballots and are able to be manually adjudicated by election workers. That’s likely why we’re not seeing the same problems in the processing of ballots which were cast by mail or early in person.

It’s clear that whatever logic and accuracy testing was done in Arizona to get ready for Election Day wasn’t a real-world test.

The logic and accuracy test used pristine, pre-printed ballots that were professionally printed offsite and fed into the Dominion ICP tabulators to make sure they were working.

A real logic and accuracy test, however, would have used ballots printed on-site by the ballot-on-demand printers. That would have been a genuine end-to-end test, and it would have caught what ended up being a massive problem.

Since Republicans are more likely to vote in person on Election Day, they were disproportionately affected and disenfranchised by the incompetence of the election officials.  Failing to correctly test the system to understand the effect of changing the ballot size was a fatal error.  This amounted to a massive violation of voters’ constitutional rights, which requires equal protection under the law.

We don’t know if all this was intentional or not. But the poorly designed process and failure to properly test equipment under real-world conditions have led to yet another third-world election in Arizona.

It’s worth noting that hand counting would not be affected in the slightest by a skewed ballot. Get rid of the machines.

Kari Lake Fires Back After Being Projected to Lose Governor Race: ‘Arizonans Know BS When They See It’ 

BREAKING: Maricopa Drops SHOCKING Sunday Numbers — Claim Only 54% for Kari Lake FROM ELECTION DAY! And Independents Went to Hobbs! — STEAL IS ON