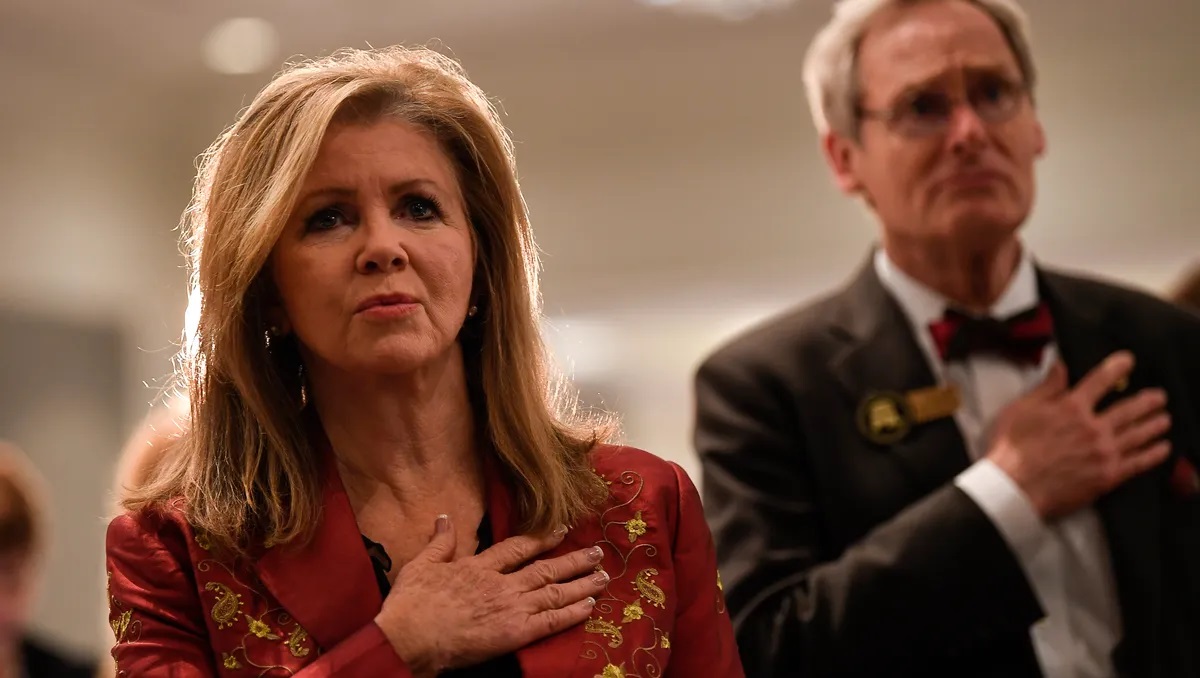 Republican Tennessee Sen. Marsha Blackburn will introduce legislation Thursday that would ban federal funds from being used to implement any requirement that a National Guard member must receive a COVID-19 vaccine.

The legislation, first obtained by the Daily Caller, comes as up to 40,000 U.S. Army National Guard members are set to be fired Thursday for refusing to take the COVID-19 vaccine. Blackburn said she is introducing the legislation to protect the 40,000 guardsmen and said firing them would be a threat to U.S. national security.

“Our servicemembers are the bedrock of America,” Blackburn told the Daily Caller before introducing the legislation. “Firing 40,000 Guardsmen for refusing the COVID vaccine would be both a complete disgrace and a threat to our national security. I am honored to stand beside our National Guardsmen and women by introducing this legislation to protect them from President Biden’s forever pandemic.”

“We’re going to give every soldier every opportunity to get vaccinated and continue their military career. Every soldier that is pending an exemption, we will continue to support them through their process,” Lt. Gen. Jon Jensen, director of the Army National Guard, said in an Associated Press interview regarding the vaccine mandate. “We’re not giving up on anybody until the separation paperwork is signed and completed. There’s still time.”

The Daily Caller contacted the Department of Defense (DOD) and the White House about this legislation and about the jobs of the 40,000 National Guardsmen who remain unvaccinated. White House Press Sec. Karine Jean-Pierre would not answer the questions and referred the Caller to the Army. The DOD did not immediately respond.

Trump At Illinois Rally: ‘Biden Is The Worst President In The History Of Our Country’ (VIDEO)