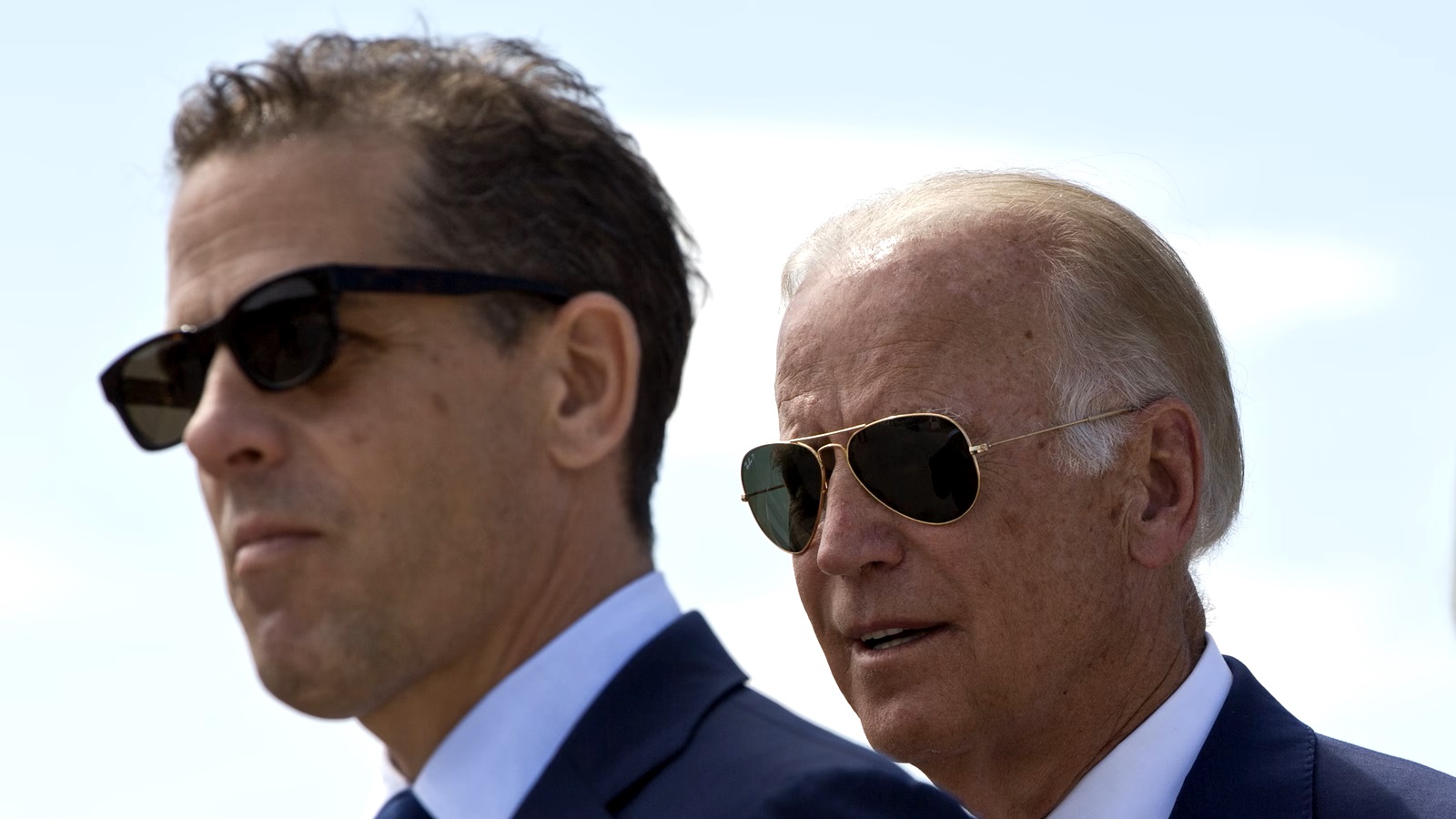 President Joe Biden spoke with Hunter about his business dealings with a Chinese criminal his son dubbed the ‘spy chief of China,’ a voicemail to his son reveals.

The president has repeatedly denied personally and through his press secretary that he ever talked about Hunter’s foreign business with his Hunter – despite overwhelming evidence to the contrary.

Now, in a voicemail left on Hunter’s iPhone, the evidence has come from POTUS’ own mouth.

Joe called Hunter on December 12, 2018 saying that he wanted to talk to him after reading a New York Times story about Hunter’s dealings with the Chinese oil giant CEFC.

Files on Hunter’s abandoned laptop previously disclosed by DailyMail.com show that he struck a deal with the Chinese company worth millions of dollars after touting his family connections.

The Times’ 2018 story pointed out CEFC’s chairman Ye Jianming had been arrested in China and his top lieutenant Patrick Ho had been convicted in the US for bribing African officials to help Iran evade oil sanctions.

It revealed that Ye had met with Hunter at a Miami hotel in 2017 to discuss ‘a partnership to invest in American infrastructure and energy deals.’

The Times reported that when Ho was arrested, he called Joe’s brother Jim Biden – who told the newspaper that he believed the call was meant for Hunter.

The Gray Lady said it was ‘unclear whether Hunter Biden struck any business deals with CEFC’, not knowing at the time the depths of his connections with his Chinese business partners.

After seeing the story online, Joe called Hunter and left a voicemail.

‘I thought the article released online, it’s going to be printed tomorrow in the Times, was good. I think you’re clear. And anyway if you get a chance give me a call, I love you.’

The message flies in the face of the president’s repeated denials that he ever discussed Hunter’s overseas business dealings with his son.

The newly uncovered voicemail came from a backup of Hunter’s iPhone XS, stored on his abandoned laptop.

After the Times’ story was published, Hunter’s friends texted him teasing about Jim’s indiscreet comment to the newspaper that linked Hunter to Patrick Ho.

Devon Archer, Hunter’s longtime best friend and business partner who is now serving a year in jail for defrauding a Native American tribe, wrote to him the next day: ‘Nice quote from uncle jimmy. I hope you thanked him for that.’

‘Took it totally out of the context atctually (sic) the text itself that it was said in,’ Hunter replied. ‘Either way yeah I’m delighted.’

It turned out Jim was telling the truth. After Ho was arrested, he contacted Hunter and paid the president’s son a $1million retainer to represent him as his attorney.

After the Times’ story was published, Hunter’s friend Devon Archer texted him teasing about Jim’s indiscreet comment to the newspaper that linked Hunter to Patrick Ho. ‘Took it totally out of the context atctually (sic) the text itself that it was said in,’ Hunter replied. ‘Either way yeah I’m delighted’

A copy of a FISA warrant obtained by DailyMail.com reveals that federal agents were monitoring Ho as a potential spy for China.

And while holed up in a hotel room on a bender with a prostitute filming amateur sex tapes, Hunter accidentally recorded himself referring to Ho as the ‘spy chief of China’.

‘I have another New York Times reporter calling about my representation of the, literally, Dr. Patrick Ho — the f***ing spy chief of China who started the company that my partner [Jianming], who is worth $323 billion, founded and is now missing,’ Hunter told his female friend in the May 11, 2018 recording.

‘The richest man in the world is missing, who was my partner.’

Hunter’s claim that Ho was the ‘spy chief of China’ – or a senior Chinese intelligence officer – has not been proven.

Amid all the shocking messages involving Joe Biden, possibly the most important email of the 154,000 on Hunter’s abandoned laptop is the infamous ‘big guy’ email, suggesting that the president may have been involved in, and set to profit from, an alleged Chinese influence operation

Joe’s voicemail to Hunter about the Times article is the latest in an overwhelming body of evidence suggesting that he lied about not talking foreign business with his son.

In another example, the then-vice president attended a Washington, DC dinner with Hunter’s Ukrainian, Kazakh and Russian business associates in 2015.

Hunter told one of his guests in an email that the dinner was ‘ostensibly to discuss food security’, but was in fact an opportunity to introduce his potential clients and partners to his powerful father.

The White House at first denied Joe’s attendance, then when photographs emerged of Joe there, it claimed it was only a brief stop by.

Joe also met another of Hunter’s Chinese business partners, Jonathan Li, when he took his son on a 2013 Air Force 2 trip to China, and entertained Hunter’s Mexican billionaire business partners Carlos Slim and Miguel Aleman Velasco at the White House and the VP’s official residence.