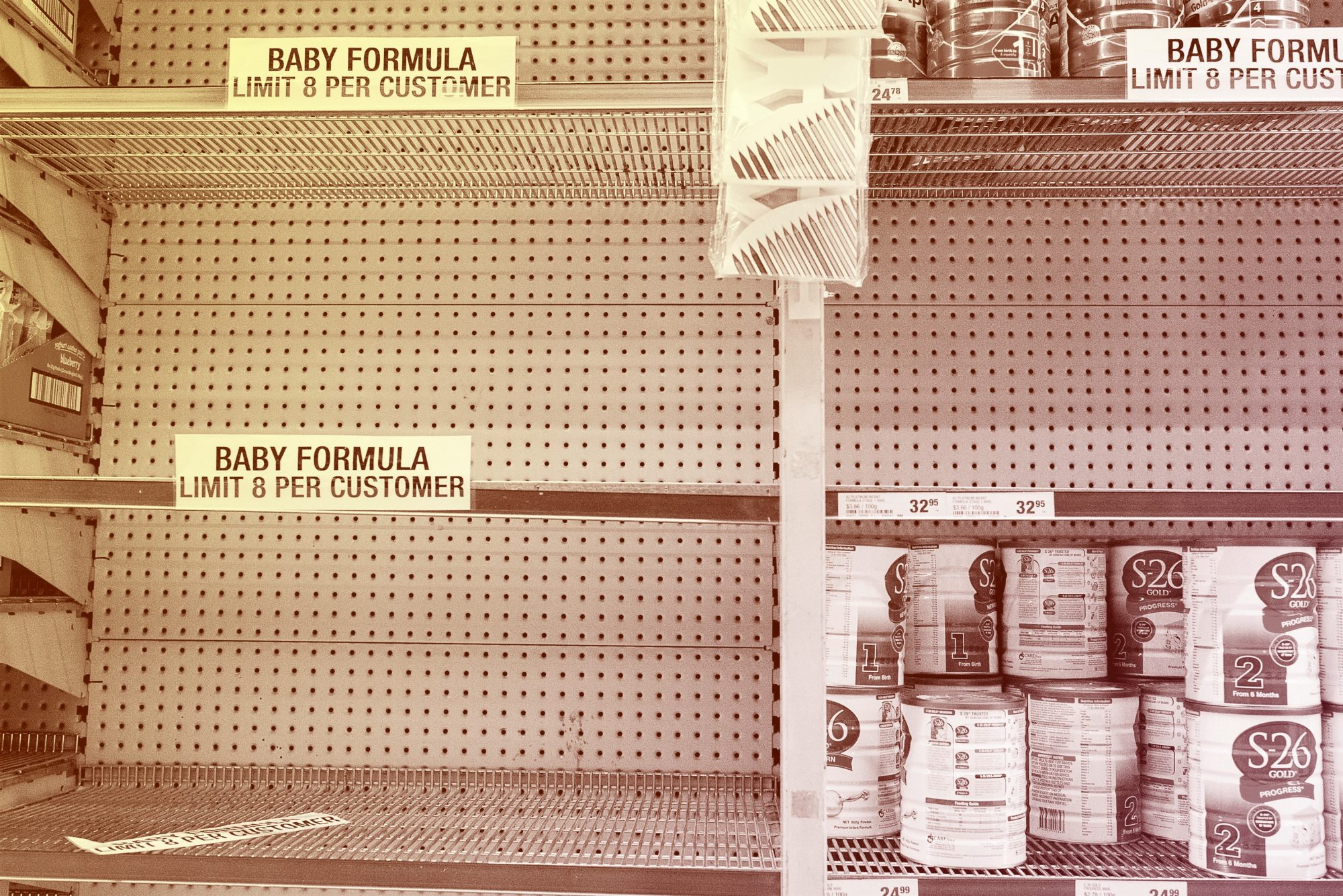 The supply chain kinks are taking a toll on parents and their infant children as shortages of baby formula continue and, in fact, the product is one of the most directly impacted on the market.

“Since early April, baby formula out of stock rates have soared to 40 percent across the country, according to our analysis,” Ben Reich, CEO of Datasembly, a provider of real-time product pricing, promotions, and assortment data for retailers of Consumer Packaged Goods (CPG) brands, told Breitbart News. “Baby formula demonstrated inflationary spikes in July of 2021, and the situation has continued to worsen the first few months of 2022. Inflation, supply chain shortages and product recalls have continued to bring volatility to the category, and continues to be one of the most affected products in the market.

“Following supplier challenges and increased customer demand, we currently have a limit of three baby formula products per purchase in our stores and online,” Blanchette told Breitbart News. “We’re continuing to work with our baby formula vendors to address this issue and we regret any inconvenience this causes our customers.”

Datasembly also found that in July 2021, the [Out of Stock Percentage] OOS% moved into the double digits and then started to increase significantly towards the end of November 2021 ,where it went from 11 percent nationwide to 31 precent by the week starting April 3, 2022.

For the week starting April 24, there were six states that had baby formula OOS percentages higher than 50 percent:

• Texas was 53 percent and Tennessee was 54 percent.

• There were 26 states  that had 40-50 percent out of stock compared to three weeks ago when there were seven.

Five American cities were hardest hit by the shortage for the week starting April 24 of OOS percentages higher than 50 percent:

People Magazine reported on how the baby formula shortage is affecting parents, including Katie Ruark, who is one of the most vulnerable demographics — babies who have health issues that prevent them from breastfeeding or are in need of a special diet.

“We were getting close to the bottom of our can and were going to need formula that evening,” Ruark said in the People report. “My husband went to more than three stores, but there was none of our son’s type of formula in any of the places he looked. We ended up having to dip into his emergency supply at day care that day.”

“Parents have become spooked at the prospect of running out of formula and finding none of the shelves, so stockpiling has become a driving factor preventing supply from keeping up with demand,” Sarah Sorscher, deputy director of regulatory affairs at the Center for Science in the Public Interest in Washington, DC, said in the article. “Imagine being a parent of a child where this is their sole source of nutrition. You are absolutely going to feel that pressure to stockpile. It all combines to create a perfect storm for shortages.”