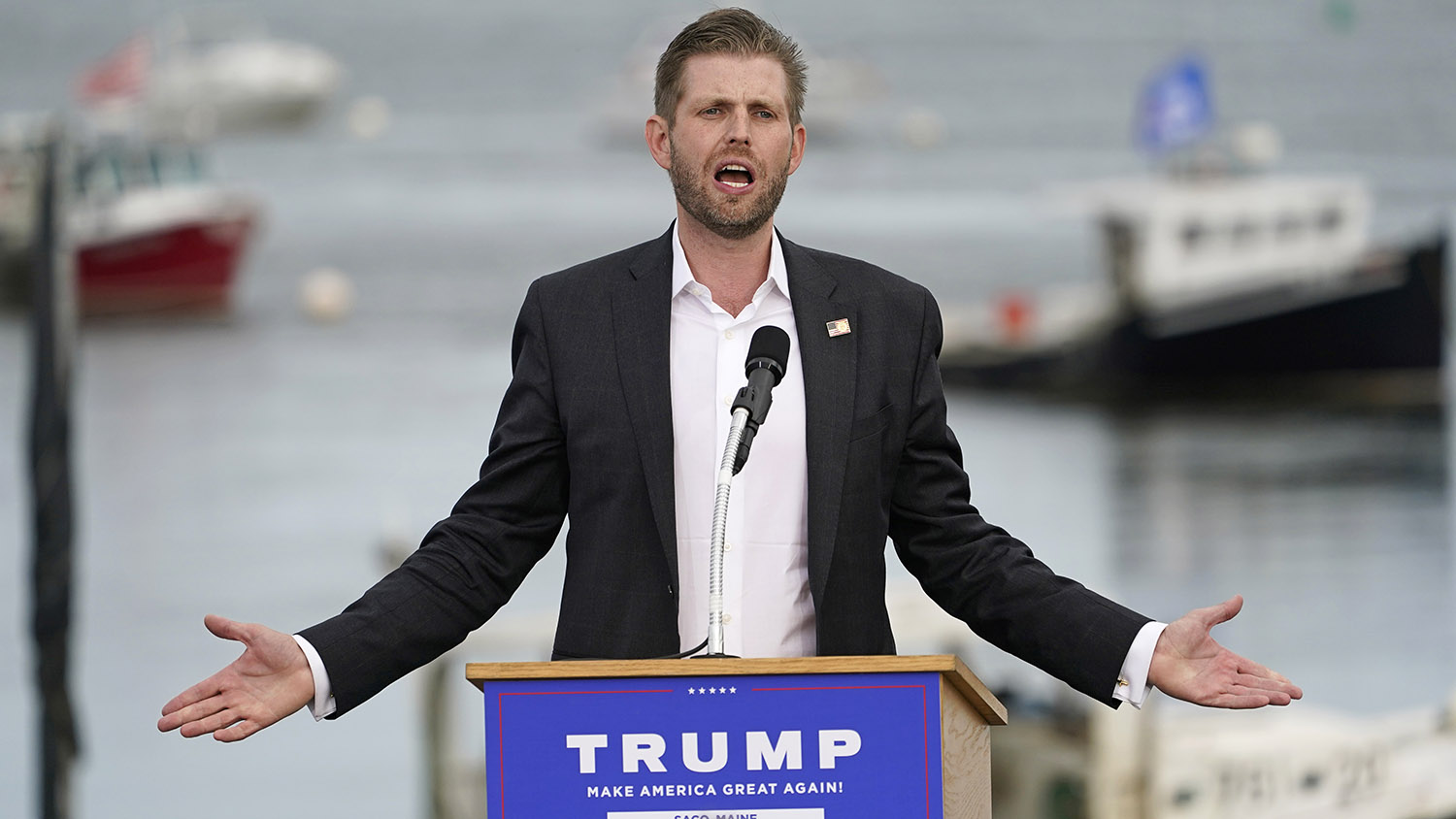 In an interview with Daily Mail, Eric Trump revealed that “FBI agents refused to hand over the search warrant for their raid on Mar-a-Lago and kicked an attorney off the property.” Specifically, according to Trump, 30 agents arrived at the property and forced President Trump’s attorney to stand at the end of the Mar-a-Lago driveway while they searched the house. Agents also asked staff at Mar-a-Lago to turn off security cameras, which they refused to do.

According to Trump, agents told his father’s lawyer, Christina Bobb, to “leave the property now” and to “turn off all security cameras.” Additionally, he stated that agents would not give Bobb the search warrant and “showed it to her from about 10 feet away,” according to the Daily Mail. The 45th president’s son also told the outlet that Bobb was confused why a lawyer representing the person whose home was being raided by the FBI was unable to see or obtain a copy of the search warrant.

Eric Trump also doubted reports that Joe Biden was unaware of the raid before it took place. He said, “It’s all a coordinated attack with the FBI. Do you think that the FBI director is going to raid the former president’s house, especially a house as you know, kind of world-renowned as Mar Lago is in a place as public as Mar Lago is without getting the approval of President [Biden]?”

President Donald Trump also weighed in on the raid. In a message posted on his Truth Social page on Wednesday morning, he wrote:

‘The FBI and others from the Federal Government would not let anyone, including my lawyers, be anywhere near the areas that were rummaged and otherwise looked at during the raid on Mar-a-Lago.’

‘Everyone was asked to leave the premises, they wanted to be left alone, without any witnesses to see what they were doing, taking or, hopefully not, ‘planting.”

‘Why did they STRONGLY insist on having nobody watching them, everybody out? Obama and Clinton were never ‘raided,’ despite big disputes!’

President Trump’s lawyer, Christina Bobb, questioned the raid and the method it was conducted, stating, “This was a completely unnecessary power flex. It was a weird flex. It’s quite honestly sad to see what they have done to our country.

Mark Levin stated on his show on Fox News that the authorities refuse to release the warrant because it is a “crap warrant,” the Daily Caller reported.

Blasting the “Stalinist hunt,” Levin railed against the raid: “Anything they can find on Trump, anything they can hang on him! This isn’t about some damn document! That’s what they’re doing! And let me tell you something, this is scarier than if it was based on the Documents Act! They are in search to try and destroy Trump! They conducted a criminal investigation! They failed! They have an investigation in New York with the attorney general that’s going to fail! They have a Democrat.”

Trump raid could warrant AG Garland’s impeachment, Rand Paul says: ‘This is beyond the pale’