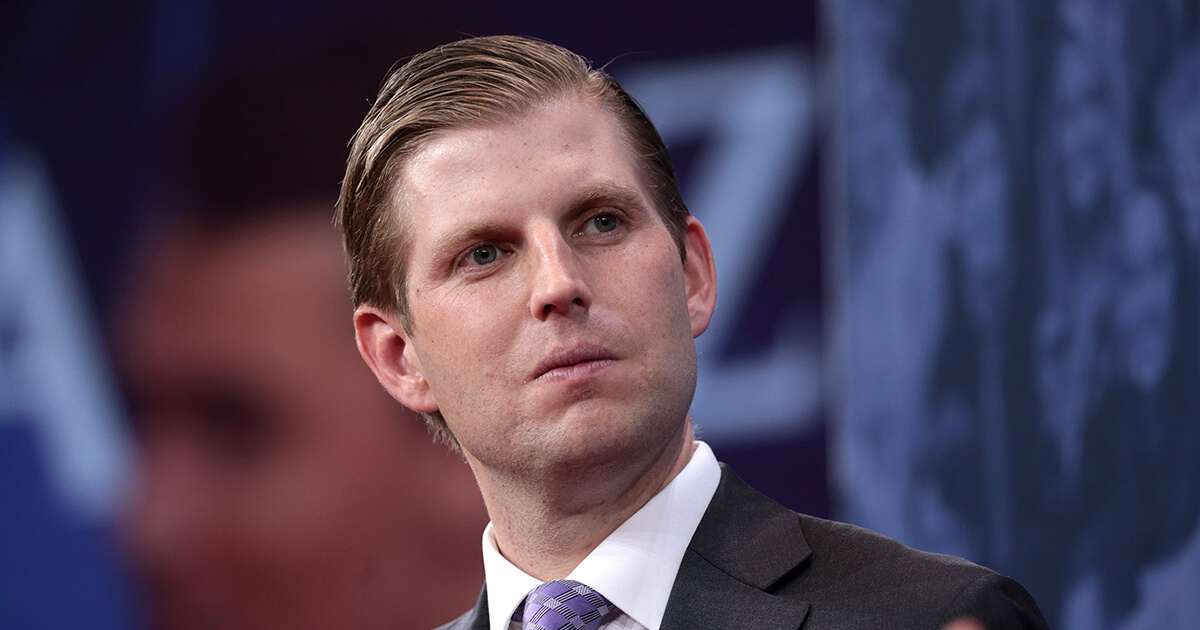 Donald Trump’s son, Erick, and daughter-in-law, Laura, are speaking out regarding the “unprecedented raid on the home on the former president’s home in Mara-a-Largo, Florida.

Eric told Sean Hannity on Monday: “To have 30 FBI agents, actually more than that, descend on Mar-a-Largo, give absolutely no notice, go through the gate, start ransacking an office, ransacking a closet, you know—they broke into a safe. He didn’t even have anything in the safe.”

The Epoch Times confirmed that the personal safe FBI agents “broke into” was empty.

Many view the raid as an extension of the “witch hunts” that plagued President Trump when he was in office. Eric asserts that the breach was likely politically motivated because Democrats don’t want his father to run again for president in 2024, according to the Epoch Times.

“They started coming after him … the day he won [in] 2016,” Eric told Hannity. “It’s gone on past politics. Look at the attorney generals … district attorney’s all over the country—all they want to do is, they want to get Donald Trump.”

“And they do it for one reason,” Eric added. “Because they don’t want Donald Trump to run and win again in 2024.”

Writing on his Truth Social Platform, Donald Trump asserted the raid was evidence of “prosecutorial misconduct” and a “weaponization of the Justice System.”

“After working and cooperating with the relevant Government agencies, this unannounced raid on my home was not necessary or appropriate,” Trump wrote in a post on Truth Social, adding that the feds “broke into my safe!”

Trump refutes the accusation of any impropriety, notes that records were declassified prior to his exit, and that it is usual for a president to remove files that would become part of a presidential library.

Lara Trump told Fox News’ Tucker Carlson” that everyone “from my father-in-law’s team has been cooperating with the FBI, with any authority that asks for anything up until now,” emphasizing that there was no need for an unannounced raid.

“My father-in-law, as anybody knows who’s been around him a lot, loves to save things like newspaper clippings, magazine clippings, photographs, documents that he had every authority … to take from the White House…And again, he’s been cooperating every single step of the way.”

A White House maintains that it was not informed ahead of time of the FBI’s raid on Mar-a-Lago.

The Department of Justice and FBI have thus far refused to comment.

New Details Emerge About FBI Raid On Mar-A-Lago, What They Took From Property: Report