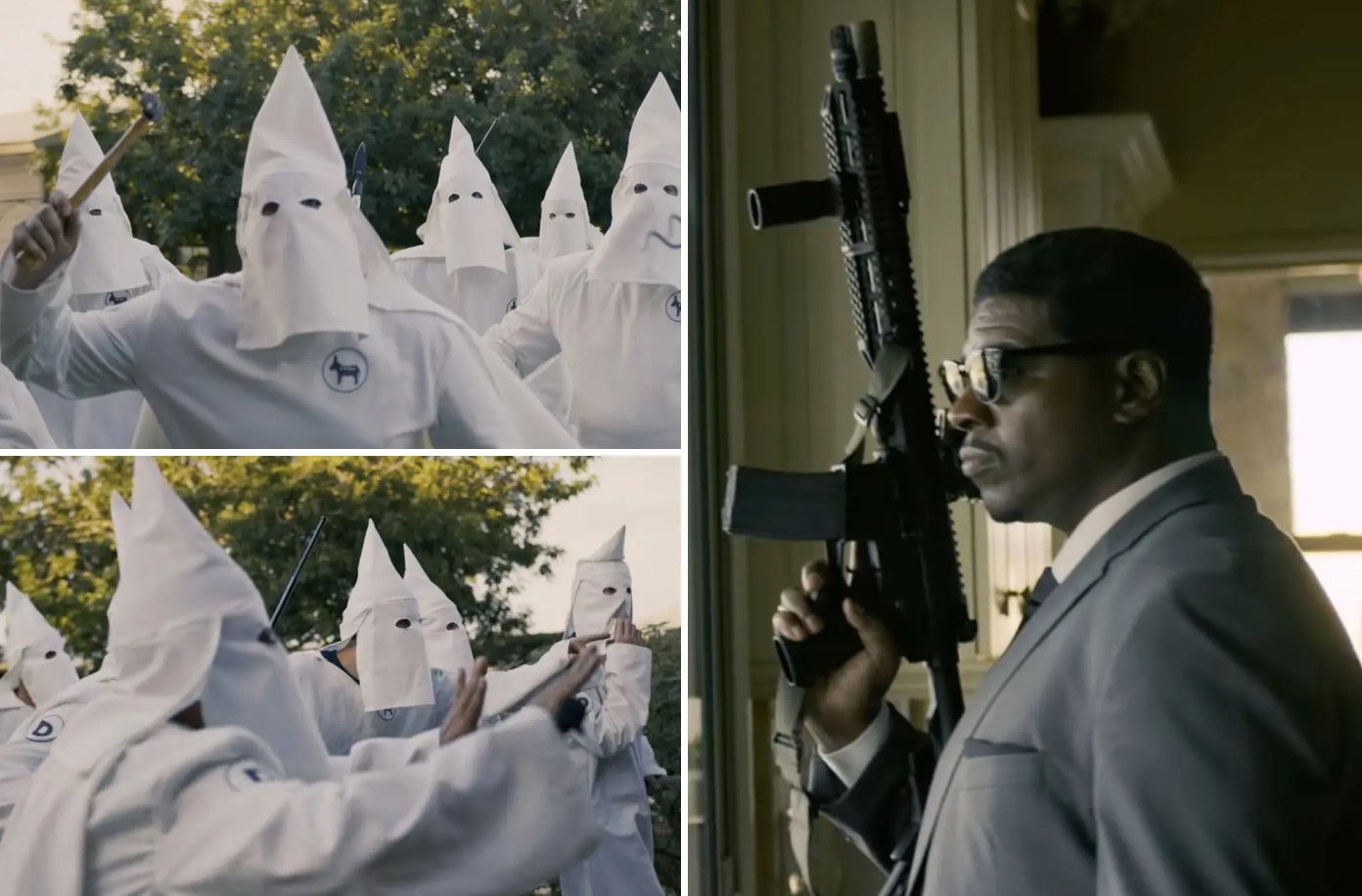 In the ad, Davison protects his home from racist KKK Democrats using his AR15. Thank God for our second amendment!

Davison: Democrats like to say that no one needs an AR15 for self-defense, that no one could possibly need all 30 rounds. But when this rifle is the only thing standing between your family and a dozen angry Democrats in Klan hoods, you just might need that semi-automatic and all 30 rounds.

Davison told The Gateway Pundit, “when I grew up in the south, the KKK would be coming through, and everybody in our community would be scared and afraid, but I wasn’t afraid because my father had guns in the house and guns made me feel safe.” He continued, “The past is still relevant today because the Democrats are still terrorists.”

The Gateway Pundit reported that Congress and the Senate voted to pass the most extensive federal gun restrictions in decades last month. About 30 RINOs sided with Democrats to take our rights away.

We need true patriots in Congress to protect our gun rights.

Champagne Socialist AOC Fined For Not Paying Back Taxes