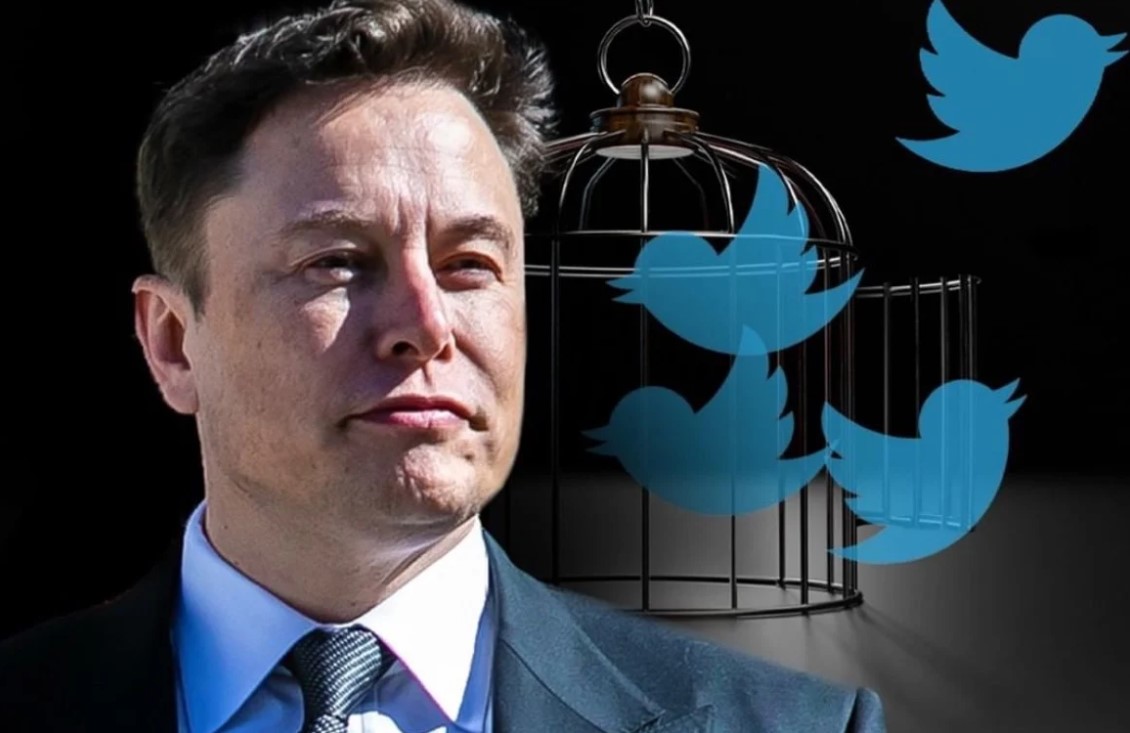 An attorney for Elon Musk sent a letter to the Twitter board Friday informing them of Musk’s intention to terminate his $44 billion buyout of Twitter due to alleged lies about the number of bots, spam accounts and other issues.

Musk has not directly commented on the termination as of publication of this article.

UPDATE: Twitter Chairman Bret Taylor responds, “The Twitter Board is committed to closing the transaction on the price and terms agreed upon with Mr. Musk and plans to pursue legal action to enforce the merger agreement. We are confident we will prevail in the Delaware Court of Chancery.”

The letter is posted at the SEC website and is presented in full below:

While Section 6.4 of the Merger Agreement requires Twitter to provide Mr. Musk and his advisors all data and information that Mr. Musk requests “for any reasonable business purpose related to the consummation of the transaction,” Twitter has not complied with its contractual obligations. For nearly two months, Mr. Musk has sought the data and information necessary to “make an independent assessment of the prevalence of fake or spam accounts on Twitter’s platform” (our letter to you dated May 25, 2022 (the “May 25 Letter”)). This information is fundamental to Twitter’s business and financial performance and is necessary to consummate the transactions contemplated by the Merger Agreement because it is needed to ensure Twitter’s satisfaction of the conditions to closing, to facilitate Mr. Musk’s financing and financial planning for the transaction, and to engage in transition planning for the business. Twitter has failed or refused to provide this information. Sometimes Twitter has ignored Mr. Musk’s requests, sometimes it has rejected them for reasons that appear to be unjustified, and sometimes it has claimed to comply while giving Mr. Musk incomplete or unusable information.

Mr. Musk and his financial advisors at Morgan Stanley have been requesting critical information from Twitter as far back as May 9, 2022—and repeatedly since then—on the relationship between Twitter’s disclosed mDAU figures and the prevalence of false or spam accounts on the platform. If there were ever any doubt as to the nature of these information requests, the May 25 Letter made clear that Mr. Musk’s goal was to understand how many of Twitter’s claimed mDAUs were, in fact, fake or spam accounts. That letter noted that “Items 1.03 to 1.13 of the diligence request list contain high-priority requests for enterprise data and other information intended to enable Mr. Musk and his advisors to make an independent assessment of the prevalence of fake or spam accounts on Twitter’s platform…” The letter then provided Twitter with a detailed list of requests to this effect.

Since then, Mr. Musk has provided numerous additional follow-up requests, all aimed at filling the gaps in the incomplete information that Twitter provided in response to his broad requests for information relating to Twitter’s reported mDAU counts and reported estimates of false and spam accounts.1 For example, in our letter to you dated June 29, 2022 (the “June 29 Letter”), we referenced Mr. Musk’s request in the May 25 Letter for “information that would allow him ‘to make an independent assessment of the prevalence of fake or spam accounts on Twitter’s platform.’” Because Twitter, by its own admission, provided only incomplete data that was not sufficient to perform such an independent assessment,2 the June 29 Letter “endeavored to be even more specific, and to reduce the burden of the [original] request,” by identifying a specific subset of high priority information, responsive to Mr. Musk’s prior requests, for Twitter to immediately make available.

2 See your letter to us dated June 20, 2022 (noting that the information Twitter was agreeing to provide was “insufficient to perform the spam analysis that [Mr. Musk] purport[s] to wish to do.”).

3. Daily measures of mDAU for the past eight (8) quarters. On June 17, 2022 (the “June 17 Letter”) Mr. Musk reiterated his request for “access to the sample set used and calculations performed, as well as any related reports or analysis, to support Twitter’s representation that fewer than 5% of its mDAUs are false or spam account.” To that end, Mr. Musk requested that Twitter provide “daily measures of mDAU for the previous eight quarters, and through the present.” This information is derivative of the information Mr. Musk first sought in Sections 1.01-1.03 of the May 19 diligence request list. Although Twitter has provided certain summary data regarding the mDAU calculations, Twitter has not provided the complete daily measures as requested.

4. Board materials related to Twitter’s mDAU calculations. In the June 17 Letter, Mr. Musk requested a variety of board materials and communications related to Twitter’s mDAU metric, its calculation of the number of spam and false accounts, its disclosure of the mDAU metric, and the company’s disclosure of the number of spam accounts on the platform. Twitter has provided an incomplete data set in response to this request, and has not provided information sufficient to enable Mr. Musk to make an independent assessment of Twitter’s board and management’s understanding of its mDAU metric.

5. Materials related to Twitter’s financial condition. Mr. Musk is entitled, under Section 6.4 of the Merger Agreement to “all information concerning the business … of the Company … for any reasonable business purpose related to the consummation of the transactions” and under Section 6.11 of the Merger Agreement, to information “reasonably requested” in connection with his efforts to secure the debt financing necessary to consummate the transaction. To that end, Mr. Musk requested on June 17 a variety of board materials, including a working, bottoms-up financial model for 2022, a budget for 2022, an updated draft plan or budget, and a working copy of Goldman Sachs’ valuation model underlying its fairness opinion. Twitter has provided only a pdf copy of Goldman Sachs’ final Board presentation.

In short, Twitter has not provided information that Mr. Musk has requested for nearly two months notwithstanding his repeated, detailed clarifications intended to simplify Twitter’s identification, collection, and disclosure of the most relevant information sought in Mr. Musk’s original requests.

While Twitter has provided some information, that information has come with strings attached, use limitations or other artificial formatting features, which has rendered some of the information minimally useful to Mr. Musk and his advisors. For example, when Twitter finally provided access to the eight developer “APIs” first explicitly requested by Mr. Musk in the May 25 Letter, those APIs contained a rate limit lower than what Twitter provides to its largest enterprise customers. Twitter only offered to provide Mr. Musk with the same level of access as some of its customers after we explained that throttling the rate limit prevented Mr. Musk and his advisors from performing the analysis that he wished to conduct in any reasonable period of time.

Additionally, those APIs contained an artificial “cap” on the number of queries that Mr. Musk and his team can run regardless of the rate limit—an issue that initially prevented Mr. Musk and his advisors from completing an analysis of the data in any reasonable period of time. Mr. Musk raised this issue as soon as he became aware of it, in the first paragraph of the June 29 Letter: “we have just been informed by our data experts that Twitter has placed an artificial cap on the number of searches our experts can perform with this data, which is now preventing Mr. Musk and his team from doing their analysis.” That cap was not removed until July 6, after Mr. Musk demanded its removal for a second time.

Based on the foregoing refusal to provide information that Mr. Musk has been requesting since May 9, 2022, Twitter is in breach of Sections 6.4 and 6.11 of the Merger Agreement.

Although Twitter has not yet provided complete information to Mr. Musk that would enable him to do a complete and comprehensive review of spam and fake accounts on Twitter’s platform, he has been able to partially and preliminarily analyze the accuracy of Twitter’s disclosure regarding its mDAU. While this analysis remains ongoing, all indications suggest that several of Twitter’s public disclosures regarding its mDAUs are either false or materially misleading. First, although Twitter has consistently represented in securities filings that “fewer than 5%” of its mDAU are false or spam accounts, based on the information provided by Twitter to date, it appears that Twitter is dramatically understating the proportion of spam and false accounts represented in its mDAU count. Preliminary analysis by Mr. Musk’s advisors of the information provided by Twitter to date causes Mr. Musk to strongly believe that the proportion of false and spam accounts included in the reported mDAU count is wildly higher than 5%. Second, Twitter’s disclosure that it ceases to count fake or spam users in its mDAU when it determines that those users are fake appears to be false. Instead, we understand, based on Twitter’s representations during a June 30, 2022 call with us, that Twitter includes accounts that have been suspended—and thus are known to be fake or spam—in its quarterly mDAU count even when it is aware that the suspended accounts were included in mDAU for that quarter. Last, Twitter has represented that it is “continually seeking to improve our ability to estimate the total number of spam accounts and eliminate them from the calculation of our mDAU…” But, Twitter’s process for calculating its mDAU, and the percentage of mDAU comprised of non-monetizable spam accounts, appears to be arbitrary and ad hoc. Disclosing that Twitter has a reasoned process for calculating mDAU when the opposite is true would be false and misleading.

Twitter’s representation in the Merger Agreement regarding the accuracy of its SEC disclosures relating to false and spam accounts may have also caused, or is reasonably likely to result in, a Company Material Adverse Effect, which may form an additional basis for terminating the Merger Agreement. While Mr. Musk and his advisors continue to investigate the exact nature and extent of this event, Mr. Musk has reason to believe that the true number of false or spam accounts on Twitter’s platform is substantially higher than the amount of less than 5% represented by Twitter in its SEC filings. Twitter’s true mDAU count is a key component of the company’s business, given that approximately 90% of its revenue comes from advertisements. For this reason, to the extent that Twitter has underrepresented the number of false or spam accounts on its platform, that may constitute a Company Material Adverse Effect under Section 7.2(b)(i) of the Merger Agreement. Mr. Musk is also examining the company’s recent financial performance and revised outlook, and is considering whether the company’s declining business prospects and financial outlook constitute a Company Material Adverse Effect giving Mr. Musk a separate and distinct basis for terminating the Merger Agreement.

Finally, Twitter also did not comply with its obligations under Section 6.1 of the Merger Agreement to seek and obtain consent before deviating from its obligation to conduct its business in the ordinary course and “preserve substantially intact the material components of its current business organization.” Twitter’s conduct in firing two key, high-ranking employees, its Revenue Product Lead and the General Manager of Consumer, as well as announcing on July 7 that it was laying off a third of its talent acquisition team, implicates the ordinary course provision. Twitter has also instituted a general hiring freeze which extends even to reconsideration of outstanding job offers. Moreover, three executives have resigned from Twitter since the Merger Agreement was signed: the Head of Data Science, the Vice President of Twitter Service, and a Vice President of Product Management for Health, Conversation, and Growth. The Company has not received Parent’s consent for changes in the conduct of its business, including for the specific changes listed above. The Company’s actions therefore constitute a material breach of Section 6.1 of the Merger Agreement.