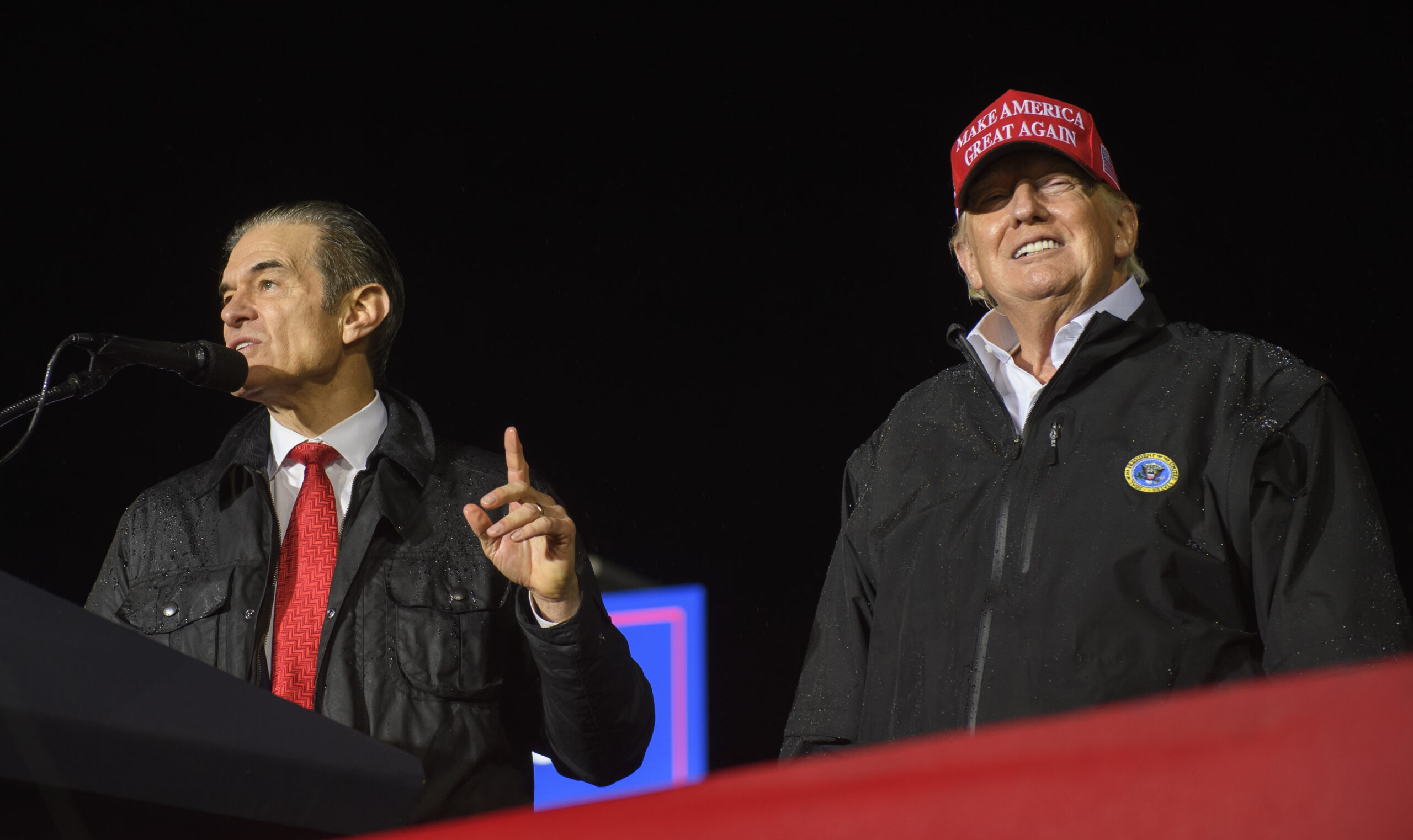 The Republican nominee for U.S. Senate in Pennsylvania, Mehmet Oz, has started distancing his campaign from former President Donald Trump.

Trump endorsed Oz in April, ahead of the Pennsylvania Republican primary, where Oz defeated competitor David McCormick to secure the Republican nomination for his senatorial bid.

The former president’s decision to throw his support behind the television personality proved to be controversial among Republicans, causing division among some of Trump’s strongest allies.

Oz took full advantage of Trump’s backing, highlighting it in multiple campaign advertisements and on his social media accounts.

Even before Trump’s endorsement, Oz had put out ads trying to portray himself as a political outsider to the likes of Trump and former President Ronald Reagan.

After Trump declared his support, Oz’s references to Trump intensified in the weeks leading to the primary election on May 17. “Trump was a near-ubiquitous fixture in Oz’s spots,” the Axios report said.

Multiple six-second issue advertisements that followed Trump’s endorsement made sure to display in large text at the beginning that Oz was “endorsed by Trump.”

As of April 15, Oz’s Twitter page had a header image featuring an image of him standing next to Trump and the words “Endorsed By Trump” in the banner’s center, an Internet Archive snapshot showed.

“Trump Endorsed Candidate for U.S. Senate,” Oz’s Twitter bio used to state in April, according to the snapshot.

New ads from Oz’s campaign after his victory in the primary did not include pictures or videos of Trump or any references to Trump’s endorsement of the surgeon, the outlet noted.

“The endorsement is the first endorsement listed on our website and we changed the banner to thank Pennsylvanians after the recount was completed,” Brittany Yanick, a spokeswoman for Oz, told Axios.

“Oz’s transition for the general election highlights the tightrope many Trump-endorsed candidates have attempted to walk — embrace the former president where it counts, while keeping him at arm’s length in situations where his brand is toxic,” the Axios report stated.

Oz was declared the winner of the primaries on June 8 after a statewide recount, The Associated Press reported.

The recount found that out of the over 1.3 million votes cast in the election, Oz won against competitor David McCormick by a narrow margin of 951 votes.

Will Cain on White House’s ‘managing’ of Biden: ‘What you’re watching is not leadership’