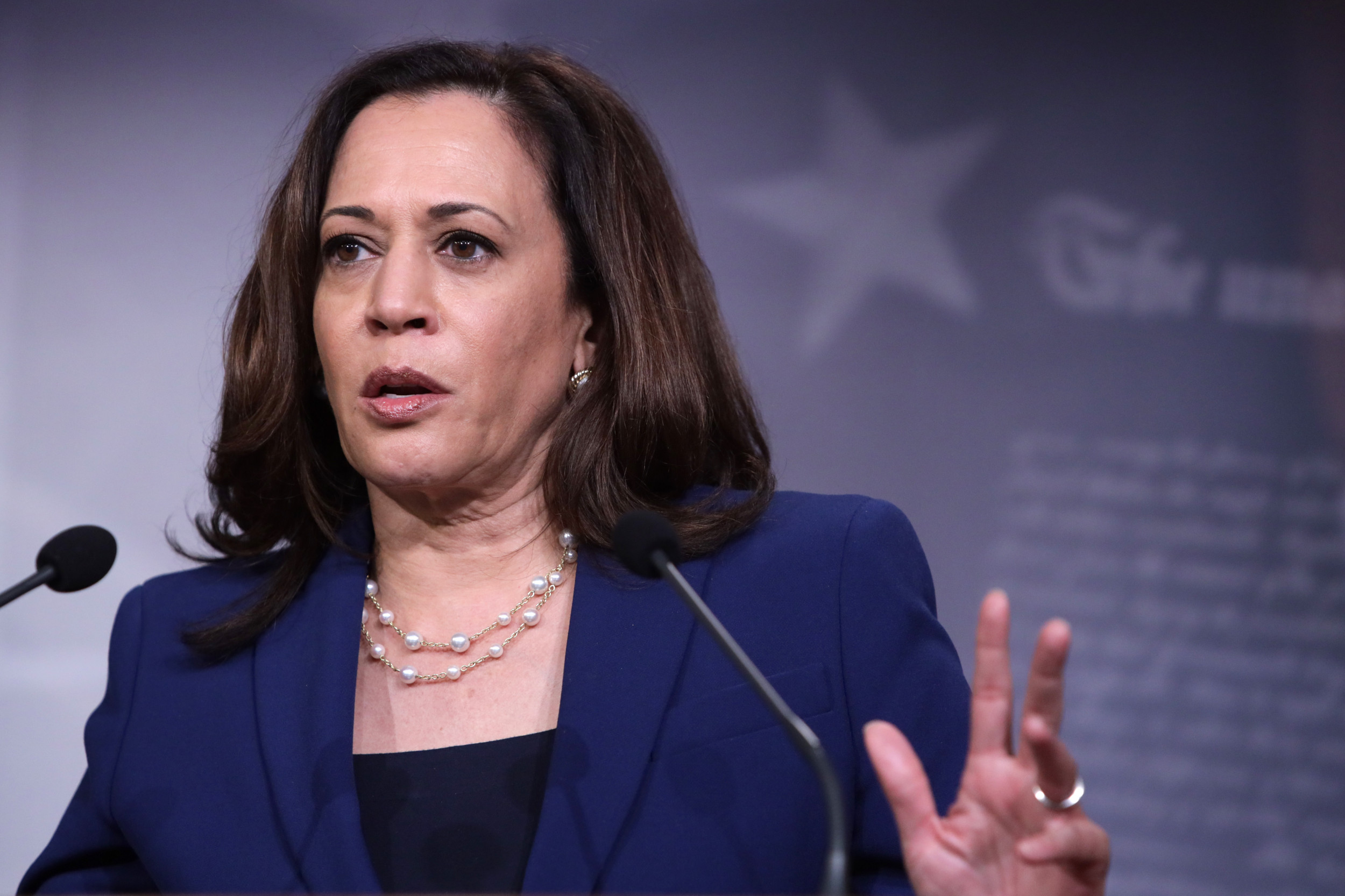 Much like her boss, Vice President Kamala Harris is calling for a ban on so-called “assault weapons” after two mass killing sprees by attackers who used rifles. Much like her boss, she’s getting it very wrong in embarrassing ways.

During remarks in Buffalo, New York, on Saturday, Harris said certain weapons have “no place in civil society” and are merely designed to kill. The solution? Ban them.

What she didn’t mention: Arguably the most infamous school shooting in American history happened while those weapons were banned.

(In the wake of the shootings in Buffalo, New York, and Uvalde, Texas, Democrats are going to be calling for bans on so-called “assault weapons as a panacea for violence. Here at The Western Journal, we’ve chronicled why this is based on faulty logic and pre-existing leftist biases. We’ll keep bringing America the truth about the liberal gun-grabbing agenda. You can help us by subscribing.)

According to the New York Post, Harris made the remarks after attending a funeral for one of the 10 victims killed during a massacre at a grocery store on May 14.

“On the issue of gun violence, I will say, as I’ve said countless times, we are not sitting around waiting to figure out what the solution looks like. You know, we’re not looking for a vaccine,” Harris said.

“We know what works on this. It includes, let’s have an assault weapons ban​,” she continued.

During her remarks at the funeral for 86-year-old Ruth Whitfield — the oldest victim in the Buffalo shooting — Harris said that “enough is enough,” and cited other recent mass shootings to try to make her case.

“There’s a through-line to what happened here in Buffalo, in Texas, in Atlanta, in Orlando, what happened at the synagogues,​ ​and so this is a moment that requires all good people, all God-loving people, to stand up and say, ‘We will not stand for this​,’” Harris said.

This rhetoric is politically helpful for Democrats, who repeatedly seek to rally around gun laws as a solution to mass killings. The problem is that such laws demonstrably didn’t prevent a mass killing that’s seared into the nation’s memory.

On April 20, 1999, 12 students and one teacher were killed by gunmen Eric Harris and Dylan Klebold at Columbine High School in Littleton, Colorado. The attack, which shook a nation, took place as so-called “assault weapons” were banned under a 1994 federal law. That law didn’t expire until 2004.

Why didn’t the ban stop the students? Partially because, as the Violence Policy Center pointed out, they mostly used weapons not covered by the law. And other laws, such as those putting age limits on gun purchases, didn’t work because other people either bought weapons for the minors or sold guns to them in contravention of the law.

Also, as is almost always the case, red flags were missed. Harris had been reported to the Jefferson County Sheriff’s Office for threatening to kill a student and for stating on his website that he wanted to kill people, according to CNN. His ideas included planting explosives around Littleton — and describing how the explosives would be manufactured.

An affidavit requesting a search warrant for Eric Harris’ house stated a pipe bomb discovered in a field by authorities was constructed out of materials consistent with what “Harris described as components of his explosive devices.”

Another problem? There’s no such thing as an “assault weapon,” either. Even President Joe Biden’s nominee to lead the Bureau of Alcohol, Tobacco and Firearms, Steve Dettelbach, admitted during congressional testimony last week that he had no definition for the term — despite the fact he’d called for a ban on them during his 2018 run for attorney general of Ohio.

At the time of the Columbine massacre, an “assault weapon” was defined by the federal government as either a number of specific gun models as well as semiautomatic pistols, rifles and shotguns used in combination with at least two specified features. (For example, a semiautomatic rifle equipped with a pistol grip and a folding or telescoping stock would be considered an “assault weapon” under the legislation. However, most firearms are semiautomatic, however — and since guns are modular, those items could be added later.)

Only one of the four guns used by the killers was covered by the ban — the Tec-DC9, which was specifically banned by name in the legislation. The gun was grandfathered in under the bill, meaning existing Tec-DCs could be sold to those over 18. The seller the teens purchased from knew they were too young to buy it, according to the Violence Policy Center.

However, even if Harris and the Democrats were to succeed at enacting a ban on so-called “assault weapons” that doesn’t grandfather guns in and the government manages to seize all of the affected firearms, that doesn’t mean that stricter legislation would have made any difference in the Columbine attack.

In a target-rich environment in which a shooter encounters no armed opposition, the specific type of weapon hardly matters. Consider that, in the 2007 Virginia Tech shooting, 32 students and faculty members were killed by a gunman who was armed with pistols, according to CNN — not “a weapon of war,” as Harris and other liberals are fond of calling certain types of rifles.

But then, these guns are imbued with a kind of dark, mystical quality by Democrats. Consider President Joe Biden, who used his speech in response to the Uvalde massacre to make a crude joke about deer and body armor:

“What in God’s name do you need an assault weapon for except to kill someone?” Biden said.

“Deer aren’t running through the forest with Kevlar vests on, for God’s sake. It’s just sick.”

Many noted at the time that the comparison itself was the sick thing. Harris, at the very least, avoided making such a crass remark. However, her logic is every bit as faulty.

A ban on certain types of guns won’t stop mass shootings — and we know this because it didn’t stop the school shooting that begat so many others.