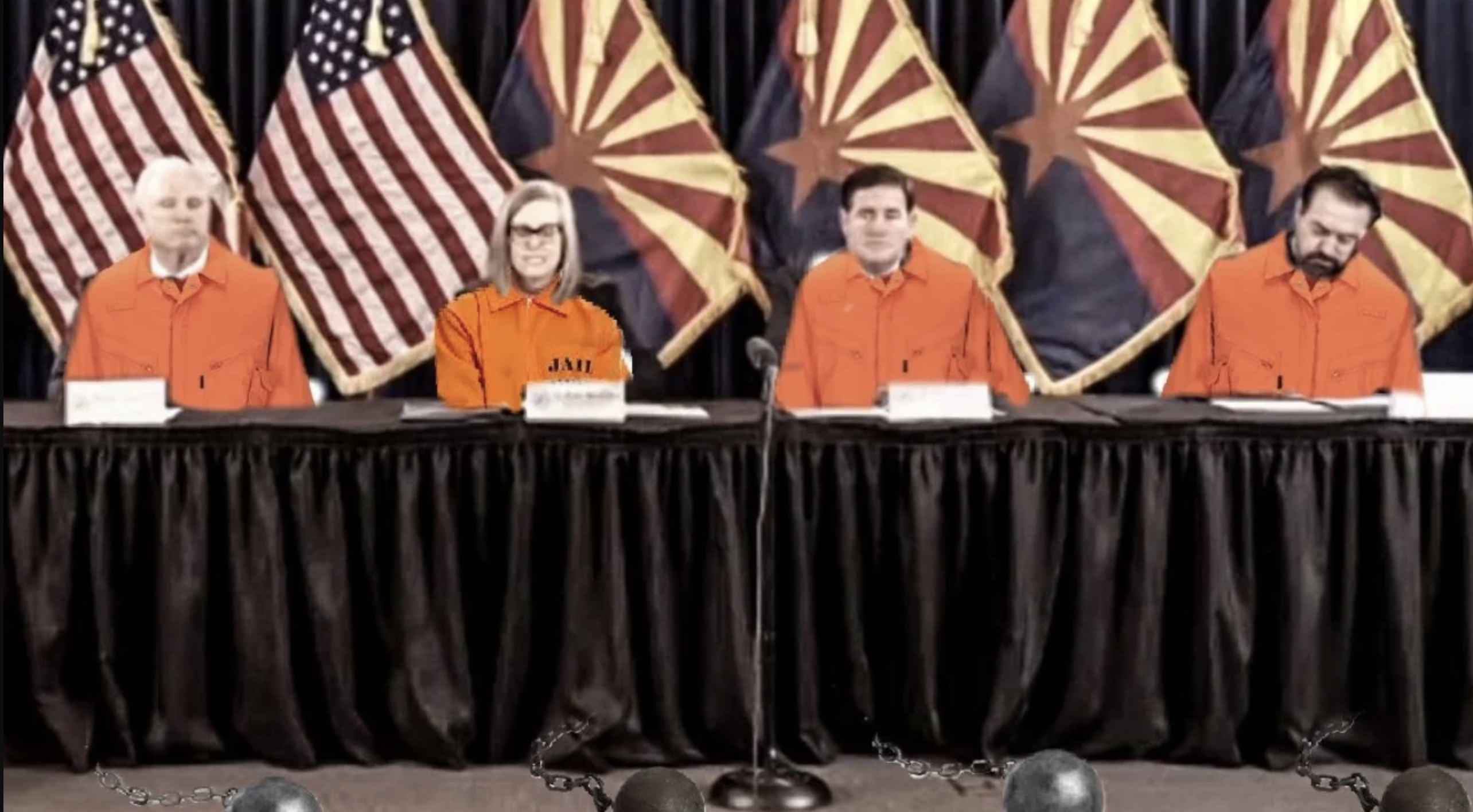 The election was an uncertifiable disaster in Maricopa County when voting machines and printers suddenly stopped working at over 30% of voting centers the moment the polls opened on Election Day. Republican voters were forced to wait in extremely long lines, turned away from the polls, or told to deposit their ballots in the questionable “box 3” for misread ballots.

Hundreds, if not, thousands, of Maricopa County election workers have come forward with evidence of illegality in this election.

Katie Hobbs refused to debate, did not campaign, and had almost no following. No reasonable person would believe that she actually won this race. She ran against Kari Lake, one of the most popular Republican candidates in a generation.

But Hobbs ran the election, oversaw 30% of election day precinct machines breaking down, had the media in her pocket, and is working with social media platforms to silence her critics.

The Gateway Pundit reported yesterday that Katie Hobbs certified the rigged election, declaring herself the winner.

They all belong in prison!

Finchem: This is a crime scene. Never forget what they did to us!

While certifying this irredeemably compromised election, Hobbs chuckled with a devious smile.

In the beginning, Hobbs is seen conspicuously laughing after loudly whispering, “I didn’t pay attention.”

She continued joking and laughing at people who recorded the Zoom call as they prepared to sign off on the third-world election that she oversaw.

As she signed off on the corrupt election, Hobbs had no idea what she was doing. She had to ask Doug Ducey in an embarrassing moment of her incompetency and corruption on full display.

She smirked and laughed as Mark Brnovich and Doug Ducey signed off on their warrants.

“I just wanna, once again, thank the voters of Arizona. Because of your participation, our Democratic institutions thrived. Stay engaged and keep voting. Thank you so much for joining us,” she said after signing herself into the Governor’s office.

This is sick. She is a scary individual funded by George Soros.

These people are stealing our country and rubbing it in our faces.

The Arizona Attorney General MUST take action and stop these dangerous criminals!

MO Senator-Elect Eric Schmitt: FBI Put Their Fingers on the Scales by Colluding with Big Tech – It Ought to Scare Bejesus Out of Every American (VIDEO)