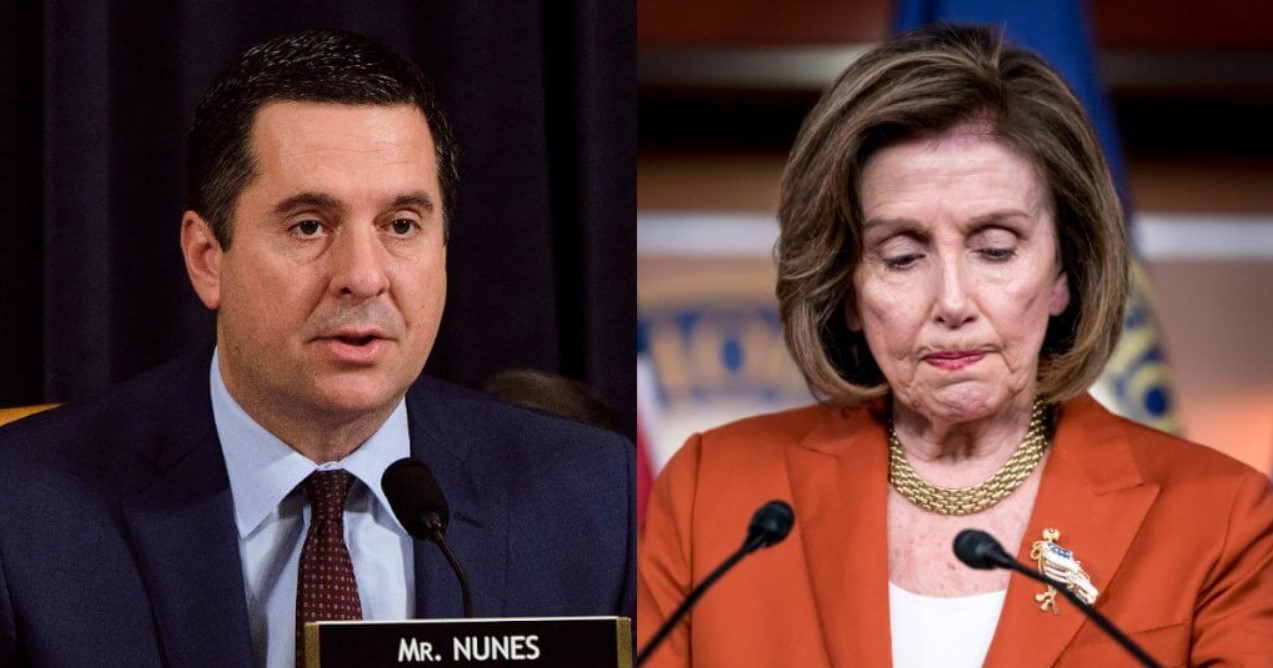 During an interview on Newsmax’s “Spicer & Co.,” Nunes, a former Republican congressman, was joined by Kash Patel, a former aide to Nunes when he chaired the House Intelligence Committee. Later, Patel became a top official in former President Donald Trump’s White House.

“There was intelligence ahead of time that the Capitol Police should have known – which clearly Kash over at the White House, they knew, which is why President Trump authorized National Guard troops,” Nunes began.

“You know there are tens of thousands of people coming, and you do nothing? And this is the question Nancy Pelosi is going to have to answer because the payback is going to be a ‘you-know-what’ if Republicans are successful this November,” he added.

For his part, Patel argued that as chief of staff of the Defense Department under Trump, his department “acted appropriately” based on the information it had leading up to the event.

“The American people have a right to know … how we acted appropriately on Jan. 4, 5, and 6 to include President Trump’s authorization of the National Guard that Nancy Pelosi and [Washington, D.C.] Mayor [Muriel] Bowser refused,” Patel pointed out.

In February 2021, just weeks after the incident, a group of four Republicans sent Pelosi a letter asking why she did not do more to protect the Capitol, including requesting National Guard deployments and a bulked-up Capitol Police presence.

But Pelosi, at least publicly, did not respond to the members’ letter requesting explanations.

Instead, her hand-picked committee has issued subpoenas to several Republican members who are also vehement supporters of Trump, which has led several of them to vow to investigate on their own if the party takes control of the chamber in the November midterms.

Democrats Bristle At The Thought Of Biden Running Again, Plot Primary Coup In 2024