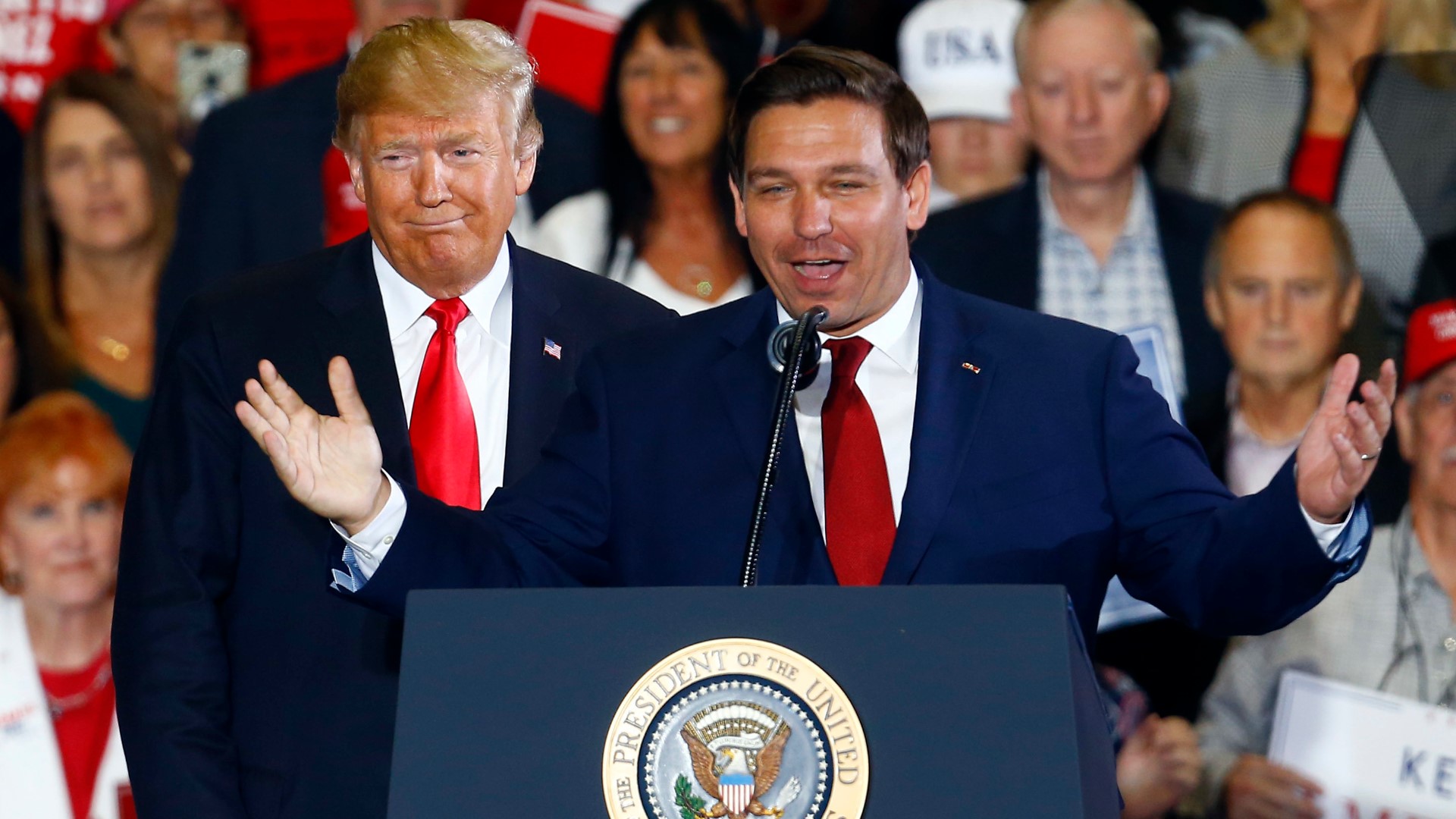 Florida Republican Gov. Ron DeSantis continues to prove that he’s a real class act when it comes to the realm of politics. Not only is he one of the few folks in either party that has a backbone, but his principles are in line with the vast majority of individuals across the United States.

Which might be why talk continues to be made about the potential of him running for president in 2024, conversations that are being validated by how he defeated former President Donald Trump in the results of a new straw poll.

Showing a spirit of true humility and unity, DeSantis sidestepped questions about his outperforming Trump, downplaying it from the get-go.

“I don’t do straw polls,” he went on to say Wednesday. “They just put my name into these things, you know? It’s just, like, so what am I supposed to do? Like they sell merchandise and everything. I kind of would like to get royalties on that.”

According to a report from The Daily Wire, the 2024 presidential election straw poll was conducted at the Western Conservative Summit in Colorado. The poll found that 71 percent of those surveyed approve of a potential run by the governor, a stat which places him a full three points ahead of the former president.

The survey had some rather disappointing news for others who might be considering a run for the White House, as other GOP candidates in the poll failed to draw even 30 percent support.

That’s going to deflate some egos. Which is probably a good thing, given the fact that the hollow heads of most politicians are far too full of hot air as it is.

“There is no real party standard-bearer at the moment, and DeSantis in many eyes is starting to define the post-Trump party,” GOP operative Tyler Sandberg, who is based in Colorado, went on to say during a chat with POLITICO. “He fights more about policy and less on his Twitter account.”

“It did not surprise me that DeSantis did well, but, yeah, it kind of surprised me that he did better than President Trump, again,” Dick Wadhams, who is a veteran Colorado GOP consultant who served as the former chair of that state’s Republican Party, stated during his interview with the publication. “I go to a lot of Republican events and have sensed for some time that even with Republicans DeSantis has quite an appeal because of his success as governor of Florida.”

DeSantis’s popularity has skyrocketed with right-leaning Americans ever since the start of the coronavirus pandemic, as folks watched him handle the situation with finesse, preserving the rights of his people, while also working to help deal with the illness itself.

In fact, this is the second year he’s topped Trump at the Western Conservative Summit, which is known as “the largest gathering of conservatives in the Western United States,” according to POLITICO.

Earlier in the week, Taylor Budowich, a spokesperson for Trump, spoke with POLITICO, telling the publication that the former president has “unprecedented strength” and that the level of his support has never been higher than it is right now.

“DeSantis has repeatedly refrained from addressing 2024 or pitting himself against Trump, insisting during a June 2021 interview with The Daily Caller News Foundation that he’s focused on Florida,” the Daily Wire concluded.