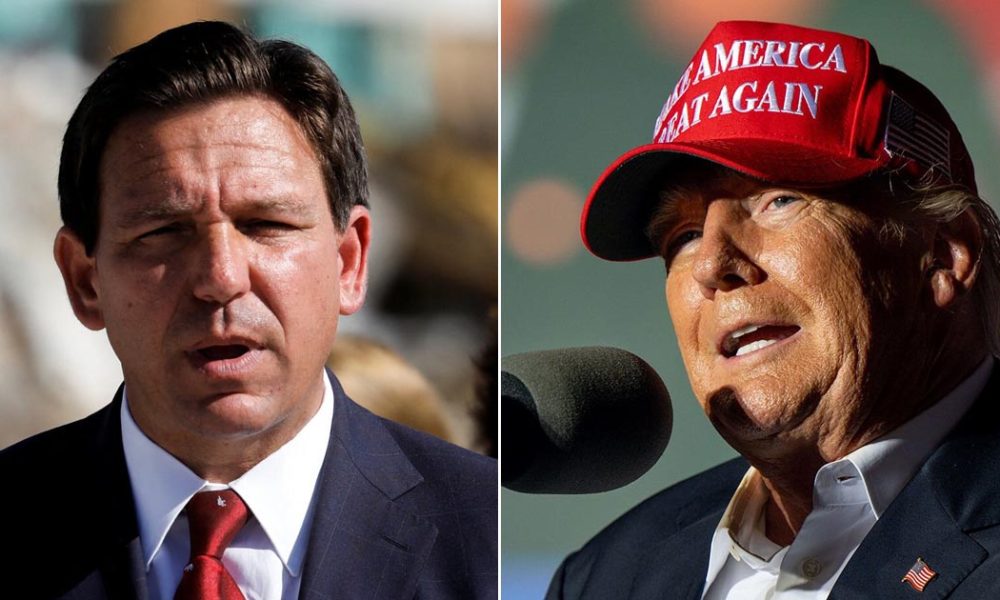 DeSantis was asked by a reporter what he thinks about Trump’s “big announcement” tonight and his thoughts about Trump repeatedly attacking him.

“Well, you know, one of the things I’ve learned in this job is when you’re doing, when you’re leading, when you’re getting things done, you take incoming fire, that’s just the nature of it,” DeSantis said. “I roll out of bed in the morning, I’ve got corporate media outlets that have a spasm, just the fact that I’m getting up in the morning, and it’s constantly attacking, and this is just what’s happened.”

“I don’t think any governor got attacked more particularly by corporate media than me over my four-year term,” DeSantis continued. “And yet, I think what you learn is all that’s just noise. And really what matters is: Are you leading? Are you getting in front of issues? Are you delivering results for people? And are you standing up for folks? And if you do that, then none of that stuff matters. And that’s what we’ve done.”

“We focused on results and leadership. And, you know, at the end of the day, I would just tell people to go check out the scoreboard from last Tuesday night,” DeSantis continued. “The fact of the matter is, it was the greatest Republican victory in the history of the state of Florida.”

DeSantis has been widely praised by conservatives, moderates, and even some liberals for the way that he responded to the pandemic as he battled against measures touted by Dr. Anthony Fauci and refused to shut down his state’s economy and public school system. More Americans moved to Florida during the pandemic than moved to any other state as a result of how the state handled the pandemic.

Trump began his statement with a long-winded sentence, saying, “NewsCorp, which is Fox, the Wall Street Journal, and the no longer great New York Post (bring back Col!), is all in for Governor Ron DeSanctimonious, an average REPUBLICAN Governor with great Public Relations, who didn’t have to close up his State, but did, unlike other Republican Governors, whose overall numbers for a Republican, were just average—middle of the pack—including COVID, and who has the advantage of SUNSHINE, where people from badly run States up North would go no matter who the Governor was, just like I did!”

Trump continued by saying that DeSantis was “desperate” in 2017 and that DeSantis “had low approval, bad polls, and no money, but he said that if I would Endorse him, he could win.”

“I also fixed his campaign, which had completely fallen apart,” Trump continued. “I was all in for Ron, and he beat Gillum, but after the Race, when votes were being stolen by the corrupt Election process in Broward County, and Ron was going down ten thousand votes a day, along with now-Senator Rick Scott, I sent in the FBI and the U.S. Attorneys, and the ballot theft immediately ended, just prior to them running out of the votes necessary to win. I stopped his Election from being stolen…”

“And now, Ron DeSanctimonious is playing games!” Trump concluded in his attack on DeSantis. “The Fake News asks him if he’s going to run if President Trump runs, and he says, ‘I’m only focused on the Governor’s race, I’m not looking into the future.’ Well, in terms of loyalty and class, that’s really not the right answer.”