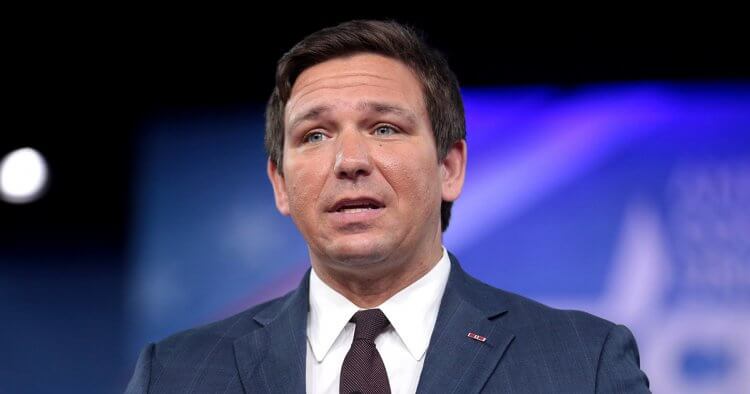 DeSantis was to speak at a New York fundraiser dinner event for Republican gubernatorial candidate Lee Zeldin, who is running against Democratic incumbent Kathy Hochul.

Fox News reports it has been seeking additional information on the sudden schedule change but had no reply from the DeSantis team as of Monday morning.

The New York Post reported that DeSantis was to appear at a $25,000-a-plate fundraising event that was expected to raise approximately a million dollars for Zeldin.

According to the New York Post, a Zeldin spokesperson Katie Vincentz reported, “An unforeseen tragedy forced Governor DeSantis to reschedule his trip to New York.”

Vincentz added: “While we’re rescheduling with Governor DeSantis for a later date, tonight’s fundraiser will proceed and is expected to raise almost a million dollars.”

Sources told the Post that DeSantis backed out of the fundraiser “to attend a Monday memorial service for a member of his security detail who died in the line of duty.”

“Florida Department of Law Enforcement Special Agent Jose Perez was responding to a call in an unmarked cruiser on Aug. 2 when he was struck by Javier Sandoval, 35, in Miami. Perez was rushed to the hospital with serious injuries and died on Aug. 20,” the outlet continued.

New York Gov. Hochul has been a staunch opponent of DeSantis’ policies — particularly his efforts to minimize vaccine and mask mandates and enforce the southern border and his moves to quash the introduction of CRT and gender ideology in schools.

Recently Hochul took a swat at DeSantis by announcing:

“I just want to say to the 1.77 million Jews who call New York home: Thank you for calling New York home,” she said, according to the Post. “Don’t go anywhere or to another state. Florida is overrated.”

Lindsey Curnutte, a spokesperson for the DeSantis campaign, responded to Hochul’s statement by telling the Newsmax spokeswoman, “Hochul should look at her own mess,” referring to New York’s poor economic outlook and spike in crime.

“An event about Holocaust education is not the time to launch cheap attacks at a fellow governor,” Curnutte said. “Kathy Hochul’s tasteless comments were offensive to thousands of Jewish people who are fleeing her state because of New York’s oppressive taxes, shuttered businesses, crime-infested cities, and needless mandates.”

“We are fighting for democracy. We’re fighting to bring government back to the people and out of the hands of dictators,” Hochul said at a rally for Democratic Pat Ryan, Molinaro’s congressional opponent.

“Trump and Zeldin and Molinaro – just jump on a bus and head down to Florida where you belong. OK? Get out of town. Because you don’t represent our values,” Hochul said.

According to Fox, DeSantis hit back on Friday, saying Hochul and Democratic gubernatorial candidate Charlie Crist, who is running against DeSantis in Florida, “are representative of this leftist mindset that they do believe the conservative half of the country are effectively second-class citizens.”

DeSantis is not alone in his sentiments. According to the Post, New York GOP Chair Nick Langworthy said in a statement Friday:

“Hochul should give up her creepy obsession with Florida and focus on the crime and economic crises in her own backyard.”