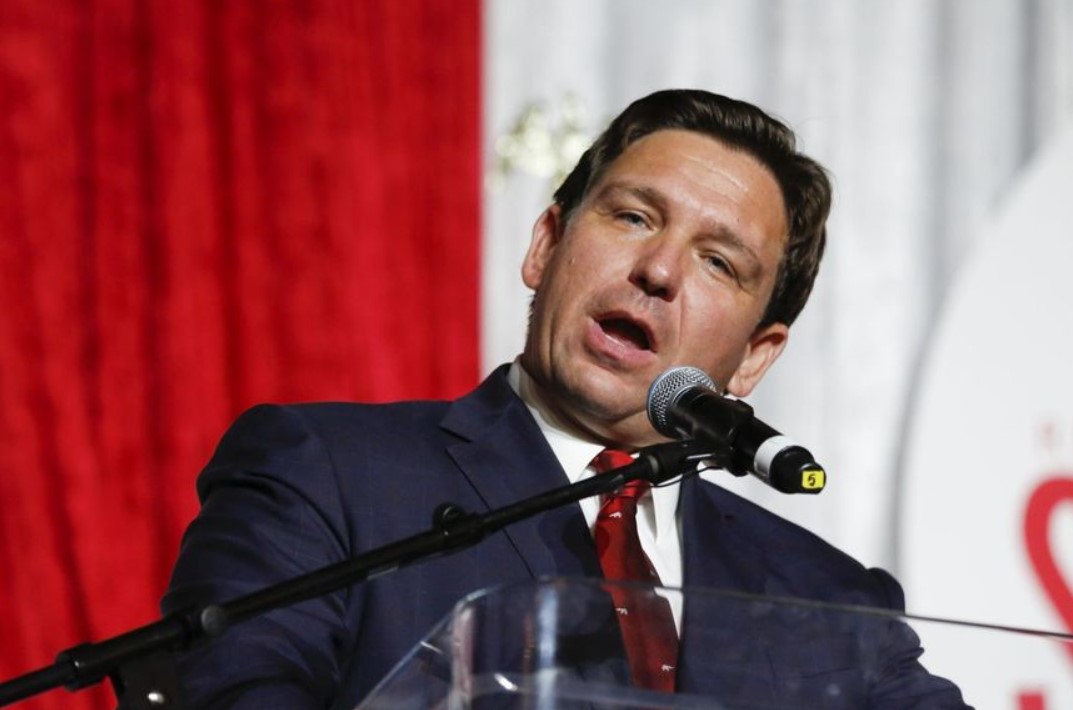 PUNTA GORDA, Fla.—For 630 days a warehouse in Lakeland has sat vacant—waiting on a shipment of drugs from Canada that never came.

Gov. Ron DeSantis said on Aug. 31 that he “has waited long enough” and is filing suit against the U.S. Food and Drug Administration to “put an end to” delays.

DeSantis told a crowd in Lakeland that he found a 20-year-old law that would allow the states to apply to Health and Human Services to purchase drugs from Canada.

After a meeting with then-President Donald Trump, it was agreed that he could do this, and submitted all the necessary paperwork to the FDA where it has sat since the “later part of 2020,” he said.

“These are the same drugs that you purchase here,” DeSantis said with his voice ringing off the walls of the empty warehouse.

Bob Lavallee was present at the news conference and told the governor that he and his wife are facing a decision to either “buy food or medicine.”

Both need medications to survive.

Bob, who has problems with what he called “word stuff” due to a stroke he suffered in 2015, said he was a walking miracle due in part to a drug he is on now called Eliquis.

“It’s a life-saving medicine,” he told the governor with his voice cracking, overcome with emotion.

“So … this next month in September, we’re going to have to decide either it’s going to be medicine or food.”

“With each passing day, the complacency of the federal government continues to appear to be a ruse to protect the pharmaceutical industry’s power over patients,” Marstiller told the crowd. “This is not what government is supposed to do.”

Even though the secretary said she and her staff have had “many meetings” with the FDA she has gotten “word salad, bureaucracy, stonewalling stiff-arming, and stall tactics.”

She said that she “could not believe that we actually have to sue the FDA to do its job.”

In July the governor’s office filed a Freedom of Information Act in an effort to garner insight into the “status of their proposal.”

“AHCA continues to face bureaucratic roadblocks and filed this lawsuit to compel the FDA to act on Florida’s proposal,” the governor’s office said in a written statement.

“To date, the FDA has failed to respond to this FOIA request, resulting in AHCA filing suit. The FDA must provide transparency on their review process and Florida will hold them accountable to ensure they are not putting politics over patients.”

The program could save Florida more than $150 million a year, the governor’s office said.

DeSantis said that Congress needs to be questioned about Big Pharma’s “powerful influence” in Washington.

“I do think in Congress they need to start looking about the influence that you have from Big Pharma,” he said. “At the end of the day, we need to do policy that’s in the nation’s interest, not just what’s in pharma’s interest.”

DeSantis said he is not against people making a profit, but not at the expense of putting a “burden on American consumers and patients.”

Biden Tells a Mountain of Horrible Lies About Jan. 6 and Republicans in PA