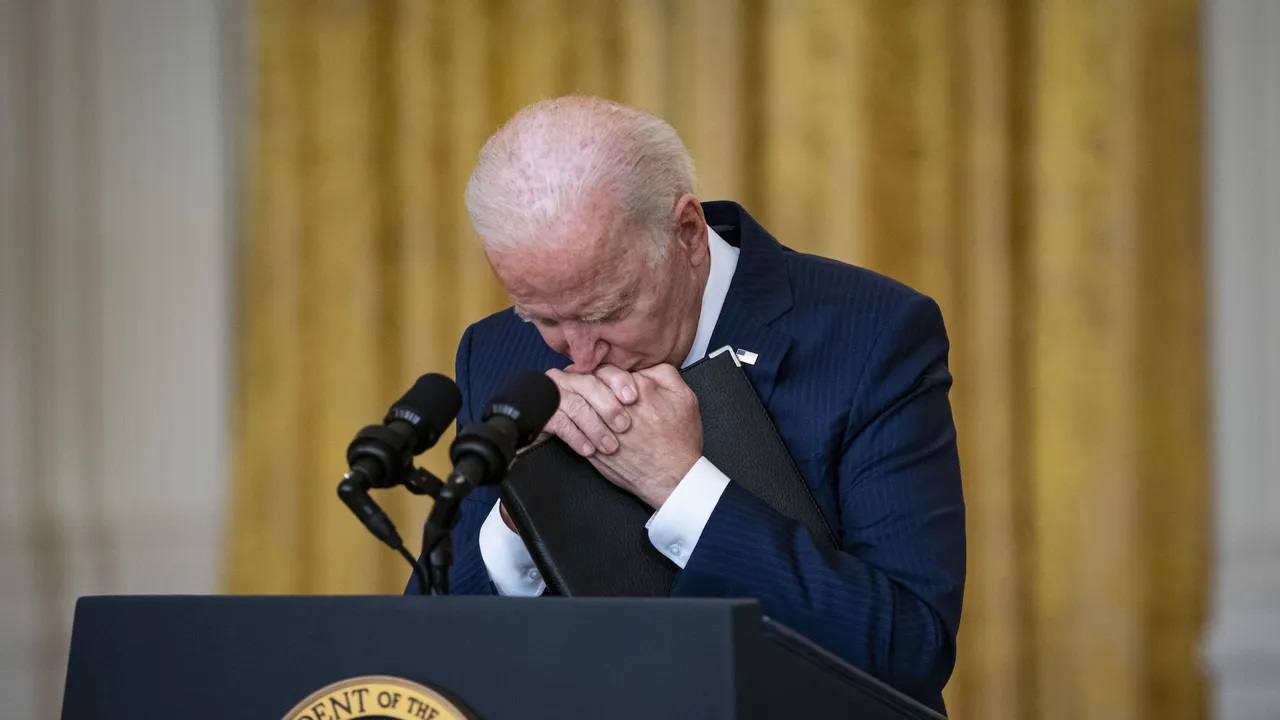 Joe Biden’s average approval rating is at 39.8 percent, according to RealClearPolitics. On the economy, he’s averaging 33.6 percent. On immigration, it’s at 35.5 percent. On foreign policy, it’s at 39 percent. On the coronavirus, he’s at 50.3 percent – far and away his highest number.

Overall, an average of 22.7 percent of Americans think the country is headed in the right direction.

Far-left progressives hijacked the party early in Biden’s term in ways they hadn’t before. They forced battles against the more moderate wing of the party, pitting the President’s office against key Senators on their own team. The only piece of the Biden agenda to get through Congress was the COVID-19 aid package, the American Rescue Plan, which is now being singled out as the biggest contributor to American inflation.

Biden’s agenda is dead in the water in the Senate. We’ve gotten multiple reports from various media outlets saying the Democrats just want Biden to do everything he can from the executive branch.

In the meantime, black voter support of Biden is tanking. The voter base he regularly won over black candidates in 2019 and 2020 has lost faith. Hispanic voters, meanwhile, are shifting to the Republican Party over concerns about immigration, education, and some social issues. The party that once believed demography is destiny is watching the demographics shift.

The economy is floundering. Inflation is making day-to-day living far more expensive. Gas prices are affecting everyone but inflicting a great amount of pain on middle- and lower-class families. You cannot go grocery shopping without worrying about whether or not you’re making it to the end of the month. For a country that already had a great number of people struggling with living paycheck-to-paycheck, we’re now making that problem even worse.

There’s a possibility of another baby formula shortage, considering the Abbott plant that led to the initial shortage had to close again due to flooding and the Biden administration won’t lift the regulations that make importing formula impossible.

There’s also this, via Jim Geraghty at National Review.

Other construction costs are up, too. As of April, the cost of gypsum, used in ceiling tiles, plaster, and drywall, is up 20 percent since last year. The cost of insulation has risen about 17 percent in a year. Paint is in such short supply, paint manufacturers are buying back unused paint to reformulate into new products. (Eh, not quite, this article in American Painting Contractor is an April Fool’s Day joke. Thanks for dating the article March 30, guys. Nonetheless, the country is indeed facing a paint shortage.)

What do you think happens when all 50 states and an unknown but large number of localities all try to buy these products at once? What have we learned happens when demand rises steeply but supply remains the same? Prices skyrocket, and some consumers can’t get what they need or have to wait longer to get their products delivered.

Everything is happening to Joe Biden and the Democrats all at once.

In some areas, Joe Biden truly is just unlucky to be the guy in charge at this moment. Yes, there is global inflation, and yes Putin declared war in Ukraine, thoroughly disrupting global energy and food costs. But inflation in America is vastly outpacing global inflation, and it’s at the very least arguable that Putin only felt comfortable declaring war because it was Biden and not someone stronger who was in charge of America.

But many of the issues we’re facing are the direct result of Biden’s policies and the Democrats’ activism. Domestic energy production is at a standstill because the Biden administration came into power ready to shut the fossil fuel industry down. They regulated domestic production to the point that it was no longer profitable. Rather than investing in new leases, investors want to see a return on what they had invested previously. The energy companies are packing up shop, despite the Biden administration now desperately begging/angrily demanding them to ramp up production.

On top of everything else, Democrats are struggling on social issues as voters do not appear nearly as concerned about abortion and trans issues as they’d like, and voters are favoring Republican talking points on public education more and more.

Everything that can go wrong has, and there is no sign of relief before voters lock in their choices for November. Americans are largely tuning out the January 6 committee hearings, they aren’t buying the argument that we aren’t heading into a recession, and they simply are heading for the exits where support of the Democratic Party is concerned.

There is no such thing as a permanent political majority, but the Democrats may well have put themselves right into a decade or longer minority thanks to their political behavior.

Don’t Cheer Yet, Because Justice Roberts Might Have a Way to Sink Roe v. Wade Decision

Tulsi Gabbard Swipes At ‘Optimistic’ Biden: Is He Unaware He’s President Of A Country Where People Can’t Afford Groceries Or Gas?