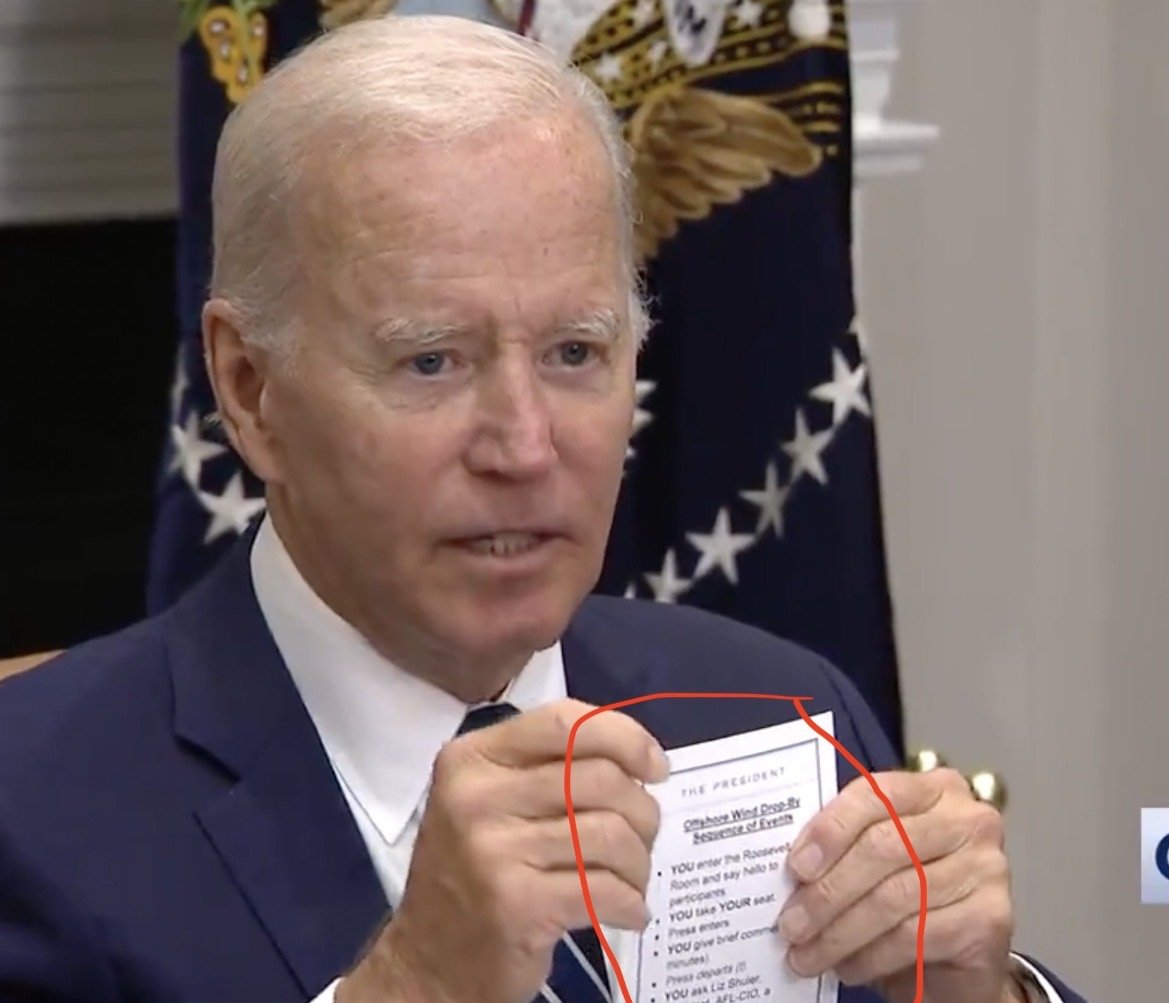 Ed Morrissey at Hotair reports on a piece from far-left Politico where Democrat governors are finally waking up to the Biden nightmare.

Biden’s policies are a nightmare and his messaging is worse.  No wonder they’re worried.

Who says America can’t find its way to a national consensus? Republicans have considered Joe Biden intellectually bankrupt for decades. According to the latest complaints making their way to Politico, Democrat governors have just figured that out — and now worry that the clock’s about to run out on Biden and their midterm hopes:

They’ve prodded officials for more details of how the administration was going to communicate its wins and improve its messaging around the economy. They have also wanted to see a clear demonstration of new actions from the White House. Don’t just tell us what you’ve done, is how a person familiar with the meetings characterized the feeling among governors, because what you’ve done isn’t exactly working.

Through it all, there’s been a general and growing dissatisfaction with the White House’s response. That budding frustration, relayed by three party officials familiar with the meetings’ contents, has morphed into outright worry. And it’s surfaced elsewhere in recent weeks.

Underlying it all is a concern that Biden and his team are not just out of fresh ideas, but increasingly out of time to turn around their flagging poll numbers before the midterms.

Hotair ends with this:

Biden’s incompetence has grown so obvious to voters that it’s impossible to defend. The only strategy left to Democrats in and out of the Beltway is to distance themselves from the stench of the candidate they foisted on Americans in the first place. Good luck with that.

Despite doing all he could to keep the corrupt Democrat governors in place after they mandated actions that literally killed their elderly constituents, the Democrat governors are finally admitting that they see what we have for years.

“Hey, Where Your F***ing Training Wheels At?” – Joe Biden Heckled on Bike Ride in Delaware — VIDEO

HUGE: Twitter Is In a Terrible Spot … Investors Speaking Out About Company Management Falsifying Records